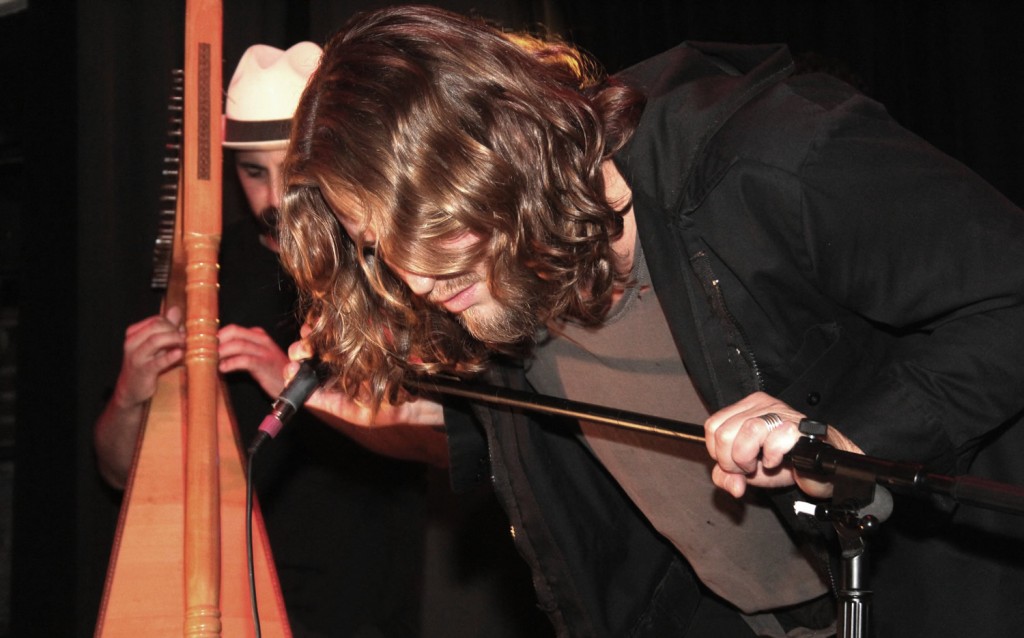 Before we get into what’s coming up, let’s cover what came down recently: Saturday, June 20, Margarita Villa had D. Henry Fenton who featured Dave Krusen on drums. Yes, the Dave Krusen who was Pearl Jam’s original drummer on their debut release TEN. The Bob Bishop Band played at Saloon BBQ with Jon Woodhead on guitar; Woodhead has toured with the likes of Maria Muldaur and Leon Russell in recent years, they’ll be back soon. And as expected, local talent have once again been collaborating on new material and the result is the highly anticipated Hy Brasil who made their Bombay debut to a packed house on the 20th. You will want to watch out for this band which includes Xoco and Jenkins from Rey Fresco, and Wyatt Hull on vocals. Haunting vocals, rhythmic grooves with music that builds and before you know it you’re captivated and can’t help but move with the band; yeah, these guys nailed it. I’m looking forward to when they release their EP to the masses.

Typically Squashed Grapes has shows scheduled Wednesday – Saturday, but on Sunday, June 28, they’ll have a special performance of Doug Webb featuring Danny Carey of TOOL; and while we’re on the subject of the Grape, Skip Spiro’s 10-piece jazz band will include the amazing Dave Tull on drums, Thursday, July 2. Tull has toured with Chuck Mangione, Maynard Ferguson and others.

I have to admit, I’m really looking forward to 8Stops7 performance on Thursday, July 2, for the Pierpont Inn Summer BBQ & Concert series. I asked Evan Sula-Goff (singer) if they’d be toning it down for this one and he said, “A rough estimate…we’re just a bit louder than Neil Diamond.” Gotta love Evan. He also added, “We’ll be playing two long sets. That pretty much forces us to look at our entire catalog and bring in some tunes you haven’t heard us play in a while.”

Two major events at hand are Roadshow Revival June 27 and June 28 with their Tribute to the Music of Johnny Cash at Mission Park Downtown, and then Surf Rodeo descends on Pierpont Beach for two days of surf, and music on July 11 and 12 with a wide variety of genres from the likes of Pato Banton, GrooveSession, Bob Log III, Brothers Fortune, Rainbow Girls, Honey Owl, Raging Arb and the Redheads along with a dozen or so more bands. Go to their official websites for tickets and more details at www.SurfRodeo.org. and www.RoadshowRevival.com.

If you have any music related news or upcoming shows you want help publicizing? Send all information short or long to Pam@VenturaRocks.com, and for updated music listings daily, go to www.VenturaRocks.com .