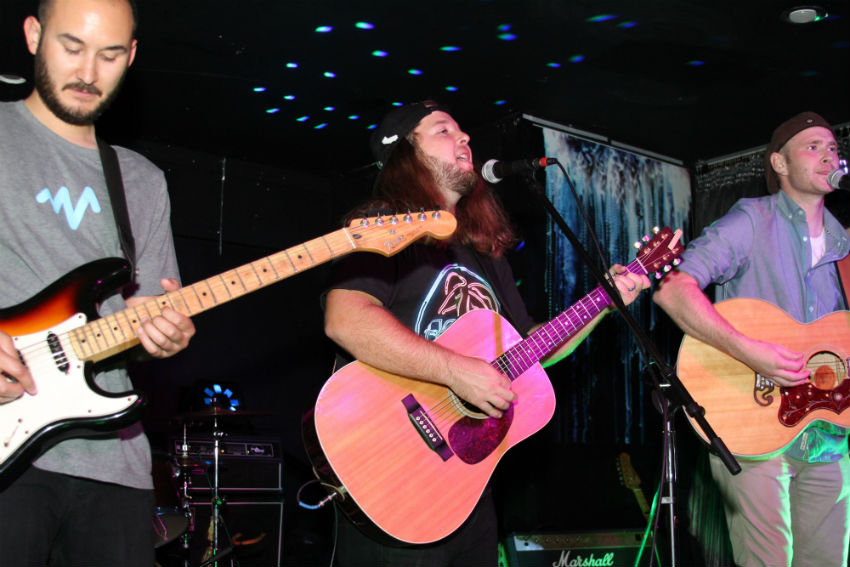 At his latest appearance at Squashed Grapes, Doug Webb told me about a couple of shows he’ll be performing with that he’s real excited about including Friday, April 3, when Norwegian artist, Haakon Graff makes his debut appearance at “The Grape”. But the show that really piqued my interest is the April 18th gig with Hendrik Meurkens. Webb explained that Meurkens is a jazz harmonica virtuoso. Astonished I asked, “Jazz harmonica?” To which Webb just smiled like a Cheshire Cat. Who knew!

The non-profit Ventura County Concert Band will hold one of their free, highly popular concerts Sunday, April 12, at the Ventura High School Auditorium. The theme is “Young at Heart,” featuring beautiful pieces selected to delight music lovers of all ages. The concert starts at 3 and is free for the entire family.

The Global Guitar Greats tour made a stop in Ventura to play to a packed house at the Earl Stanley Gardner Building during Ventura Music Week last year. The trio had so much fun and were so well received they decided to go into the studio this past year; the fruits of their labor will be offered up during their CD release party on Saturday, April 11, again at the corner of Main and California with Thomas Leeb, Stephen Inglis and Shawn Jones performing.

The Sandbox Coffeehouse is once again offering live music at noon on Saturday and Sunday with mostly singer/songwriters. On the bill this month so far: Licity Collins, Hudson Henry, Kyle Parrott and Skeleton Mattress, but they’ll kick it up a notch or two for the likes of the Hard Times Band. Oh! And don’t forget they hold an open mic on Thursday as well.

I don’t know when it happened, but Food Trucks have become cool and you can find a whole gaggle of them at the Poinsettia Pavilion during the monthly Foothill Food Truck Fest on Tuesday, April 7, with the Old-Time Country Bluegrass Music Assoc. performing 6 – 8:30 pm; and then every third Friday 5-9 pm, it’s Food Truck Friday at the Pacific View Mall, this month Mark Masson and Friends will be entertaining the crowd. I’ll admit, food truck fare does taste better while tapping one’s foot to cool tunes.

EcoFest is later this month on the 25th down along the promenade featuring live music from Spencer the Gardener, Dan Grimm, Afishnsea the Moon and Soul Tree. This is the type of event you want to be green and ride your bike to and if you do, there will be a free bike valet.

And finally, if you missed Geezer at the Garage, then go ahead and kick yourself. These guys were not only talented playing the music of Weezer and the Beastie Boys, but they were hilarious and put on quite the show. 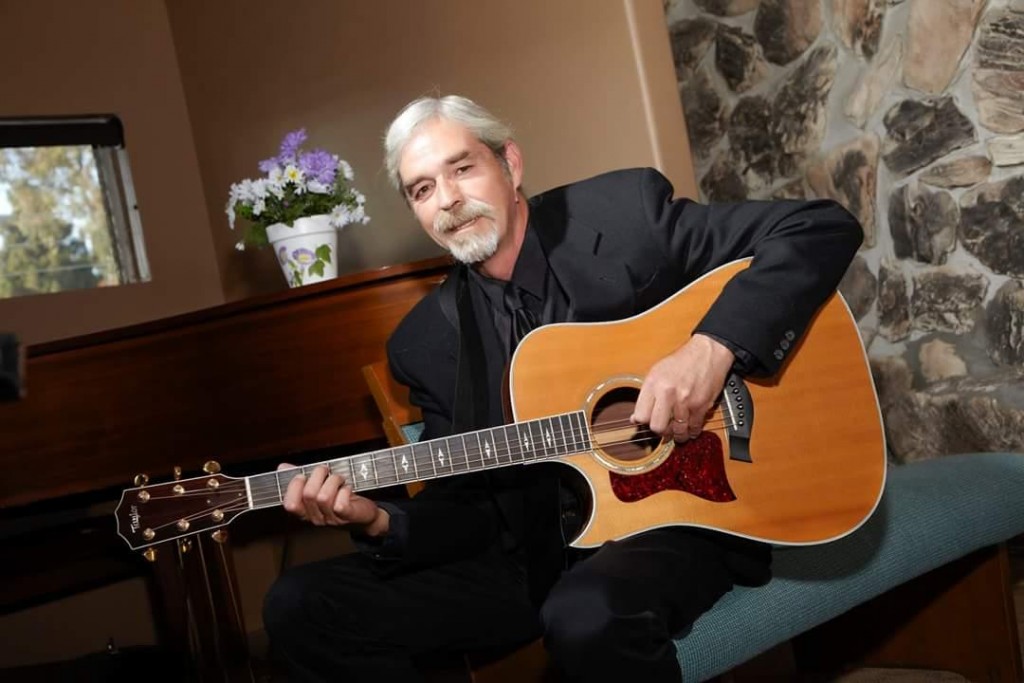 With spring upon us the Ventura Harbor Village brings back music to the Carousel stage; look for Unkle Monkey on March 22 and Smokey & Friends on March 29.

Speaking of the Harbor, we got wind that Andre (805 Wine and Grill Cheese fame) has snatch up more space and will be opening an Ameri-Cubano restaurant featuring live musical entertainment most days of the week.  We’ll keep you posted, but we hear the ETA is early summer.

Tickets are on sale now for Aaron Carter at Discovery Ventura for Friday, April 24th.  There are a limited number of VIP Meet & Greet tickets as well.

The Bluegrass jam which originally started at Zoey’s over twelve years ago, then migrated to Milano’s for the past year has landed at Golden China on the 2nd and 4th Wednesdays of the month.  Gene Rubin told me, “Phil Salazar and I are usually there and the rest is any combination of the 400 who might show up to jam. Typically we get 20 to 30 musicians at any jam, which means they usually break up into 2 or three jam circles. Summers are always even busier.”

Winchesters Grill will host a fundraiser, donating 20% of food sales to Ventura Music Week on Tuesday, March 31.   Get out and support!

Brothers Fortune is the new project from Kyle Hunt.  I reached out to Kyle to find out more and he told me, “I began working on this project over a year ago and it’s been a slow process. Life gets in the way sometimes and it’s taken a long time to say that a new full length album is just round the corner! March 28th (at Bombay’s) will be our first show with a permanent full line up including Jayce Flauding, Marco Perez, John Sagar, Sean Tauber and myself. We’ve only been playing as a whole for a short while, but I’m really looking forward to gigging with these guys!”

Oh! Just a quick follow up after hanging with the crew on their Squashed Grapes float for the St. Patrick’s Day parade on March 14th; we took two trophies, Best in Category and Best in Show!!  The band rocked it with Trey O’Toole, Franklin Murphy, Rj Root, Jacob Scesney and Guil Juliao (who saved the day), but I can’t help to think us dancers helped as well (wink wink).

And finally, The Have a Heart Fundraiser for local musician Jim Monahan will be held at Bombay’s on Sunday, March 22, to help pay for the overwhelming medical bills as he recuperates from cancer and cardiovascular surgery.  Just a few of the musicians on hand to help out will be: the Jimmy Calire Trio, the Vonettes, National Cat, Restless Hillfillies, Alan Thornhill and Martin Young, Solimar, J Peter Boles & Friends and Fishfry. 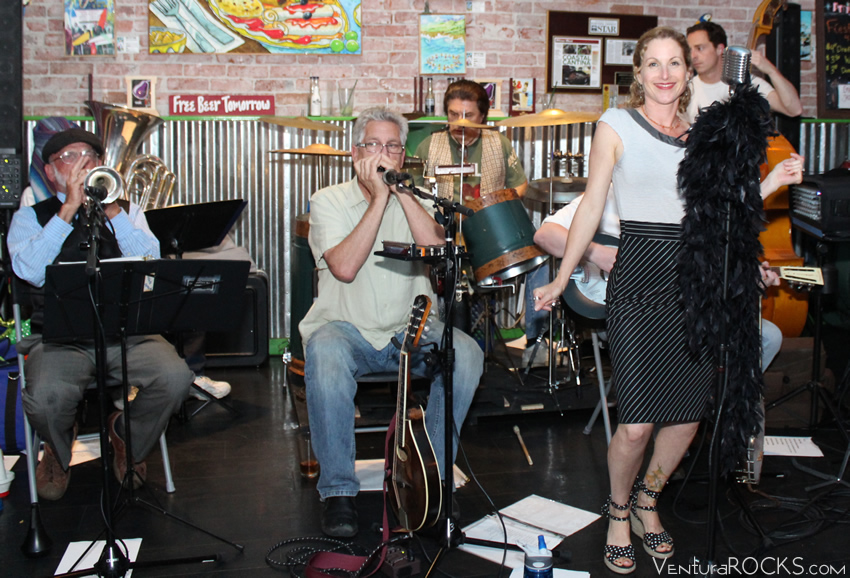 “The Barrelhouse Wailers play a collection of fun, upbeat New Orleans classics, with a swagger that is unique to the french quarter. Just like the street performers of Bourbon street, this acoustic group has you tapping your toes and snapping your fingers. And it can’t be authentic ‘New Orleans’ without a Tuba, Clarinet, and a homemade drum kit.” –  Adam Randall, Squashed Grapes

I remember walking in and hearing the Barrelhouse Wailers for the first time and thinking, “Damn, these guys are good!” They take you back to a simpler time, maybe to a speakeasy during Prohibition on their softer numbers, or to the French Quarter in New Orleans during one of their many upbeat tunes; and I can’t help but reminisce about those fabulous black and white movies featuring some amazing dance numbers. The band has style, there’s no doubt about it and they capture it completely with their debut release, “Last Call.” 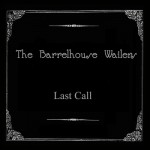 Straight out of the gate the music will get you tappin’ your toes and boppin’ your head wishing you had a dance partner to hand with “When I Get Low, I get High.” Thinking back to dance class in middle school my jitterbug moves come back naturally and I’m good to go working my way about the house listening to “Last Call.”   Karen Parkhouse fronts the band with her distinctive vocals nailing the genre never breaking form. She softens a bit for “Freight Train” which I found endearing and delightful. The band compliments each other and is tight as tight can be with three of the songs recorded live at The Saloon BBQ and at Squashed Grapes here in Ventura.  The songs selected are all standards so they should be super familiar and trust me, catchy.  Production is top-notch.

“The Barrelhouse Wailers play vintage acoustic Americana roots music with New Orleans style. Their jazz, blues, folk mixture is played by talented musicians that leave you with a smile and a Mardi Gras feeling during and after each performance.”  – Rich Barth, Publisher of venturacountyjazz.com

According to the band’s bio, “The band formed in the spring of 2012 by guitarist, Wayne Philipp, and singer, Karen Parkhouse, who wanted to perform the Pre-WWII Jazz and Blues they both loved. The duo soon found like minded musicians over the next few months and after a few personnel shifts, cemented the current lineup by the end of the year. Featuring a line up of 6-8 musicians.”

Oh!  And I love the sound effect of a stylus left on the record at the end of the CD.  Nice touch! 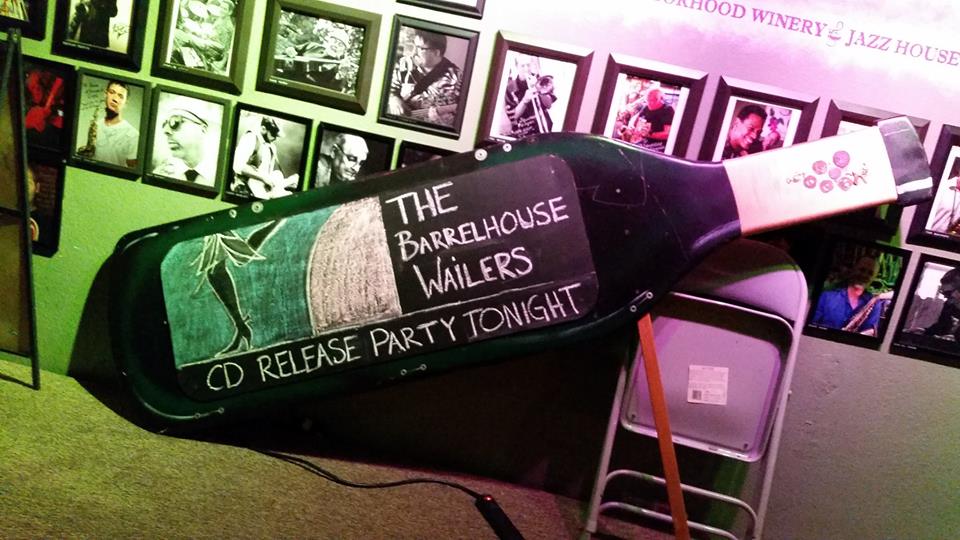 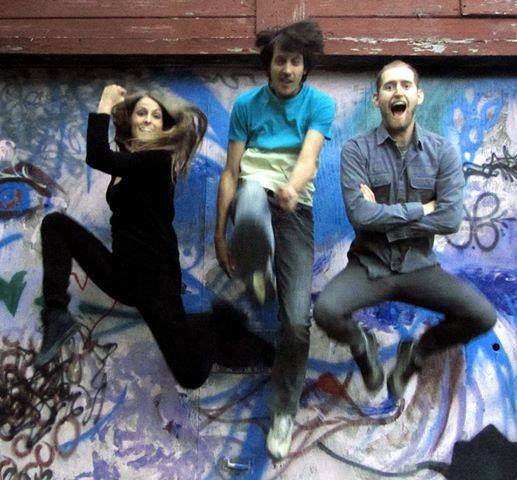