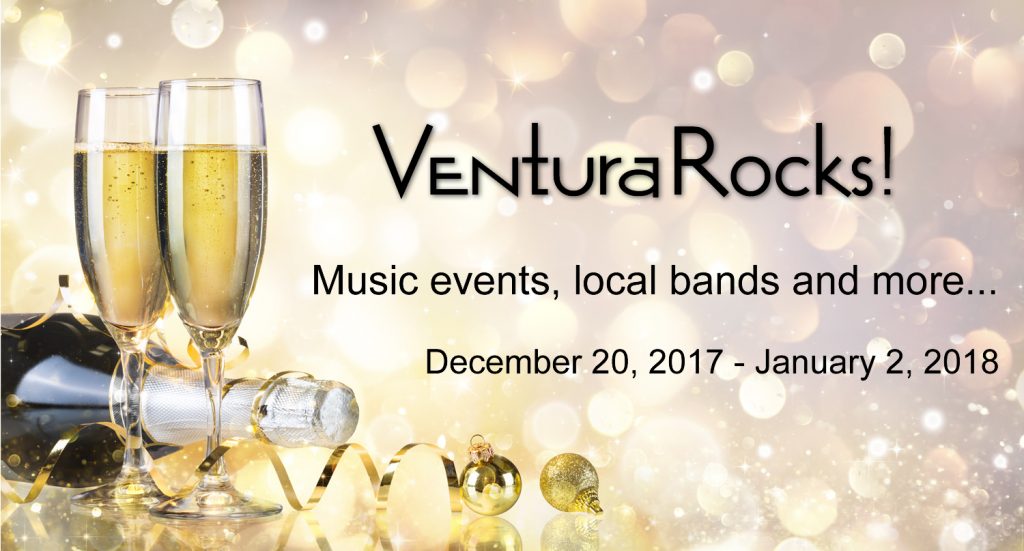 How quickly time passes as we find ourselves in the final month of the year. My next column will cover New Year’s Eve parties, but for now, let’s take a look at a couple of special events you might want to support during December.

The 5th annual 4 Kids 2 Kids Toy Drive will be held Saturday, December 9th, at the Ventura Beach Club from 5-10 pm. Not only will the honorary guest and rock and roll hall of famer, Nick St. Nicolas (Steppenwolf) be on hand, but so will the jolly guy himself, old saint Nick, aka Santa Claus, as only Gary Gordon Goff can pull off. Featured artists playing include Johnny Main and the 44’s, Ray Jaurique and the Uptown Brothers, Tommy Marsh, Tom & Milo, and more.

The Brave & the Young are holding a fundraiser at Made West Brewery on Saturday, December 9, called My Brother’s Board. It will help benefit Ian Campbell (Campbell Brothers Surfboards) who is battling cancer. It’s a daylong event with board swapping, raffle, yoga and more, including of course live music. The bands start at 4 pm with Geranium, then Tim Curran, Todd Hannigan and My Brother’s Band wrapping up the event.

The Majestic Ventura Theater is holding their 5th annual Holiday Sing-along on Saturday, December 9th. It’s a great event for the entire family, and they’re only asking for a donation of an unwrapped toy from each group attending.

Hi Hat Entertainment booked Harpdog Brown & the Travelin’ Blues Show while they’re out on their US West Coast Tour in support of their new release, Travelin’ with the Blues. Based out of Vancouver, Canada, this is the band’s first Southern California appearance. Harpdog Brown is Canada’s reigning Harmonica Player of the Year since 2014 and they’ll be performing at the Hong Kong Inn on Friday, December 10.

Chopper Fest returns to the Ventura Fairgrounds on Sunday, December 10. This event is dedicated to the design, function and art of the motorcycle. While checking out some amazing rides, you can enjoy live music from The Bob Carrillo Blues Band, Kelly’s Lot and Gethen Jenkins. You can get more information including ticket prices at ChopperFestival.com.

Quick notes: Dag Nasty and the Missing 23rd will be at The Garage on Thursday, December 7; The Vonettes will do an early show at Bombay’s at 7 pm on Friday, December 8; Topa Mountain Winery has music in the afternoon on Saturday December 9th with Crooked Eye Tommy and Sunday, December 10th with Matthew Zeltzer; I’m hearing Tariqh Akoni is expected to join Shawn Jones at Grapes and Hops on Sunday, December 10; the Ventura Harbor parade of lights falls over the weekend of December 15 and 16 with music at several venues including the Boatyard Pub and Copa Cubana; there will be a Silent Night Disco at Plaza Park on Friday December 15; the Phantom Pomps CD release party will be held at the Hong Kong Inn on Saturday, December 16; the Rubicon Harmonix Concert will be on Sunday December 17 at the Rubicon; and the final SPRP event will be held at the Sewer on December 17 with FSKD, Publik Enima, I Decline and the Kane Gang.