While I’m not going to guarantee an opening date for the Grape, they are oh so very close to opening their doors to what I’m sure will be the hottest jazz club in the County. I got the grand tour and the place is amazing!!!

We’ve been very fortunate to have Will Breman performing at local venues downtown Ventura (Winchesters and Grapes and Hops with a Twist) having been a semifinalist on NBC’s the Voice just a couple years ago (season 17). His mentor from the show, John Legend, just did a concert at the Santa Barbara Bowl last week and Legend brought Will on stage to perform Joe Cocker’s version of “With a Little Help from my Friends.” I spoke to Will about it and he told me, “Singing with John was literally the most perfect timing. Before the pandemic, I had bought tickets for my mom, because she was celebrating her 50th birthday. Ultimately my entire family got to go, which was wonderful. Mom and dad had zero clue [he’d be performing], and I could see them freaking out from their floor seats. Working with John in any respect has been straightforward and easy. At this point it was like catching up with a dear friend. I didn’t expect the nerves I got in the moment, but it had also been the first time in two years that I ever sang for an audience that big.” Freakin’ awesome, right?!! Will was kind enough to do an episode of VenturaRockSpot with me earlier this year, you can view it at VenturaRockSpot.com (along with dozens of other interviews). Will Breman will also be featured at the Topa Mountain Music 2021 Benefit Concert coming up at Ojai’s Libbey Bowl on October 9. Headlining the show will be the White Buffalo along with performances from Bryan Titus Trio, Lee Koch Band, Jems and more. Go to TopaMountainMusic.org for ticket information.

Social Distortion (including long-time band member and well-known musician in numerous bands around town, Brent Harding) just got added to the list of concerts for October at the Majestic Ventura Theater playing a date on Wednesday, October 6. Other shows include Drakeo the Ruler on October 1, Black Label Society on October 2, Yung Blue on October 5, two Pennywise shows, the one with the Dead Kennedys on October 7 and the one with Strung Out on October 8, and then it’s Elefante, Inspector on October 15. The venue is now requiring a negative COVID-19 test result within 72 hours of the event you’re attending or proof of vaccination for entry. Masks are also required at all times except while actively eating or drinking.

I’m also happy to report there will be live music at Bombay’s on Saturday, September 25, starting at 6 pm in the back room and this one is all ages. With a small $5 cover, you’ll get Brian Mikasa with Ardi on drums performing new music along with opening sets from Kyle Hunt and Hol!day (Tyler Treves’ new project). It’s being branded as a listening party, so respect and give them your attention; should be a great way to kick off a Saturday night downtown.

Ojai Nest Fest scheduled for Lake Casitas on October 2nd has been postponed.

Quick Notes: Maria Calire is out touring with Martha and the Motels; with less daylight, Margarita Villa has adjusted their live music to 7-10 on the weekends; Tony Ybarra is opening for Blood Sweat & Tears at the Canyon Club in Agoura Hills on September 24;
Tuesday Blues Day continues past summer at the Copa Cubana with Jerry Mcworter, Shawn Jones, Ed Berghoff and Sam Bolle; the Temptations play Libbey Bowl in Ojai on Sunday, September 26; Kyle Smith record release party will be held at the Six Chow House on Thursday, September 23; the monthly Bubbly, Brunch & Latin Jazz at the Ventura Harbor Comedy Club will feature Justo Almario, Abraham Laborial and Bill Maxwell on Sunday, September 26 was cancelled; and Surf ‘N’ Suds returns to San Buenaventura State Beach on Saturday, October 9, with music from Jacob Marquez and the Good Vibes along with Mestizo & DJ Hecktik.

Spring has sprung and with warmer weather on the horizon, it will be a lot more comfortable supporting live music outdoors at such venues as Winchesters, Leashless and the brand new Vaquero y Mar (formerly the Hong Kong Inn). Along with the venues of course are the drive-in style concerts where you can stay in your car, or just outside on folding chairs. For all the latest listings please visit our music calendar for the daily updates.

Meanwhile, I caught up with Will Breman who appeared on NBC’s The Voice just before the pandemic hit where he made it all the way as a semifinalist on Season 17. Will calls the Central Coast home and is currently ramping up for post-pandemic shows. 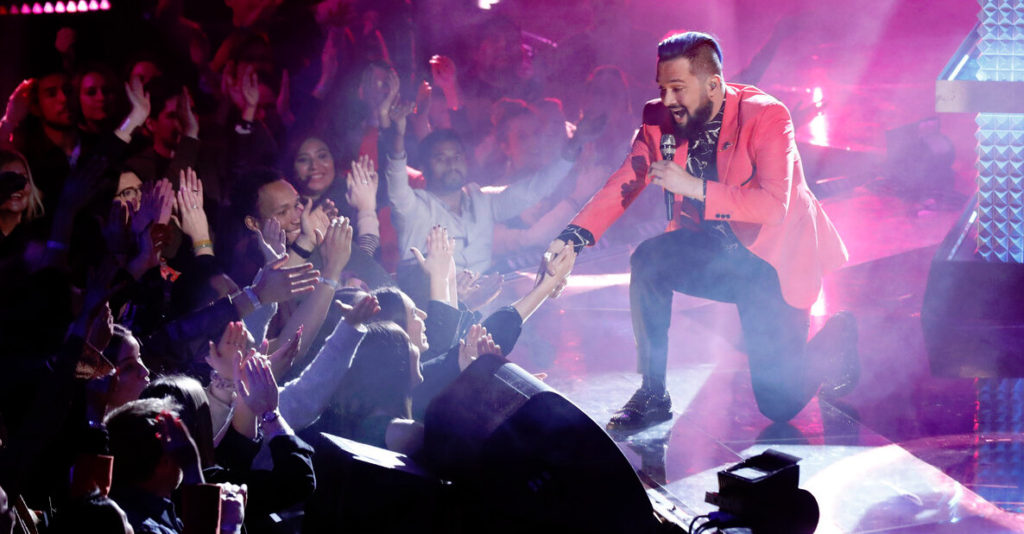 Pam: What has been the biggest impact to you personally and professionally this past year during the pandemic?

Will Breman: The hardest part of the pandemic last year was cancelling all of my national tour dates. Especially after coming immediately off of a show like NBC’s The Voice, that hit hard. I had to figure out very quickly how to make up for a lot of lost income, as well as hold on to the wave I was riding from the show.

Cancelling a national tour had to be so hard! What else was put on hold?

Will Breman: I had to delay a lot of recording plans. I have a couple projects that I’ve been sitting on top of until recording them in a studio with a group was safer to do. Thankfully though I was fortunate enough to record one of the songs I did on The Voice last year in Nashville with some legitimate studio cats, so at least something got done.

What do you miss the most?

Will Breman: I miss hugging people a lot, especially my close family. I feel like people were a lot less anxious before the pandemic. I think what I miss the most however is being able to play regularly in front of people. Doing it on Zoom is just not the same. 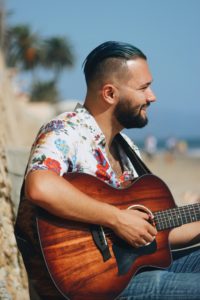 How did you work during the past year (writing/performing/recording)?

Will Breman: I had to switch to a lot of virtual gigging. I’m thankful to have an amazing manager who set me up with a lot of awesome corporate gigs that I could record from home.

Anything good from the close down?

Will Breman: I was able to go back to school. I’m in my second year of my masters in vocal techniques/performance. Now if the whole singer-songwriter thing doesn’t pan out, at least I know I have a career somewhere in opera or teaching at a higher academic level.

What are you most looking forward to doing again?

Will Breman: I’m looking forward the most to seeing, and playing, some excellent live shows. I know coming up I’m working closely with Kristen Stills and a wonderful team at Autism Speaks in hopefully setting up a festival at the Greek Theater in LA sometime in the fall. I’m also slated to open for Paul Thorn at the Lobero around that time, as well as playing Topa Mountain Music Fest. Hopefully there’s more where that came from.

Do you have a game plan coming out of the pandemic?

Will Breman: I know I want to finish those recording projects I’ve been sitting on. I’ve been taking a break from social media lately, but I’m hoping soon to get back into creating some high-quality content for Instagram, Youtube, and TikTok specifically.

For more information on Will Breman go to WillBremanMusic.com or follow him on Facebook at www.facebook.com/WillBremanMusic. You can also look for Will on a future episode of the VenturaRockSpot.

Oh! By the way, the VenturaRockSpot is a monthly interview show where mostly local artists out of the 805 are interviewed and they share some of their music either live, or with pre-recorded videos. Will Breman is scheduled to be a guest soon. You can view all episodes to date at www.VenturaRockSpot.com where you can see bands/artists such as Star Goes Nova, Jayden Secor, Medicine Hat, Jodi Farrell and more (27 episodes to date).

And don’t forget to tune into the Pam Baumgardner Music Hour on KPPQ-LP out of CAPS Media at 104.1 FM here in Ventura. My show airs Tuesdays at 5 pm with repeats on Fridays at 5 pm and Sundays at noon. You can also listen via the MyTuner app on your smart device or online at CapsMedia.org/radio.