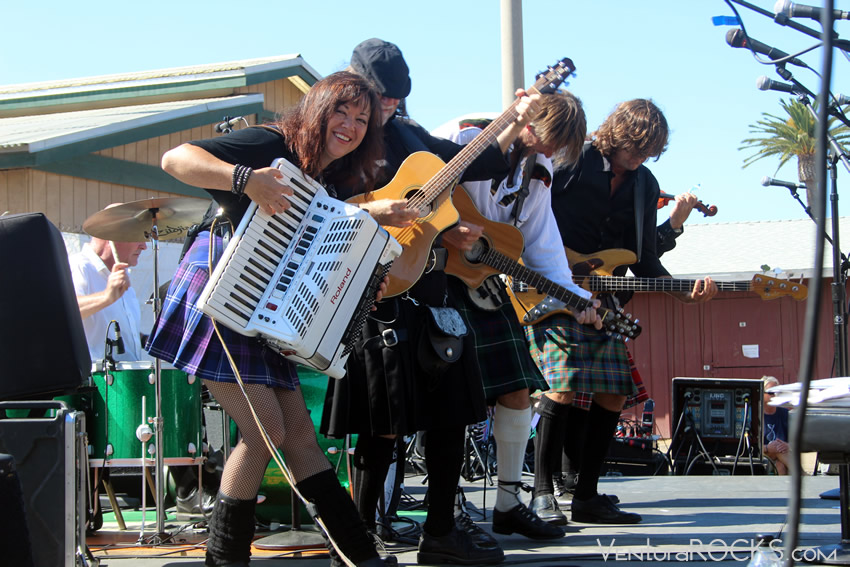 The Seaside Highland Games came and went taking those gorgeous men and beautiful women in kilts with them. I stopped in to check out the Celtic music and I wasn’t disappointed; crowd favorites were The Angry Brians, Tannahill Weavers and Highland Way, I’m certainly looking forward to next year’s event and may even be bold enough to try haggis, but probably not.

Congratulations to Plan B Wine Cellars on their 3rd anniversary!  They partied in fine form with Jen Staves and the Bluzfish on Sunday, October 11.

Local hip hop artist, Michael Crawford drops his new album “Escape Artist” on October 16 with a CD release party at the Tavern. I was sent an advance copy and yeah, the man’s got talent.

Frost and Fire, a heavy metal festival will take over Bombay’s on October 17th with such bands as Manilla Road from Wichita, KS, Ashbury from Tucson, AZ our very own Night Demon over a half dozen more bands. There will also be a meet and greet with Tim Baker and Robert Garven of Cirith Ungol. Doors open at 4:30 pm.

Mike Toler is the official new owner of Amigos and he’s brought in his good friend Luke O’Dea to help out with booking bands, promotion and social media. I’ve been assured they plan to offer a variety bands 365 days a year. It’s all good news with the exception of losing Bernadette who will be returning to England this month. Mike is throwing her a farewell party on Saturday, October 17, so swing by to say goodbye and wish her well.

Three-time Grammy winner Tom Scott returns to Squashed Grapes October 24, and it will be another first for the Grape when they offer two seatings in one night. Both are only $10 with 7 and 9 pm show times.

Oh! And I have to share about the extraordinary night recently at Squashed Grapes when Bruce Forman performed the Red Guitar.  The place was at capacity, and you literally could have heard a pin drop the audience was so captivated. The second set Forman brought up his special guest whom he had teased earlier on social media stating he couldn’t say who it was for “contractual reasons.”  Well it turned out to be Tierney Sutton who sang requests the entire second set.  Five time Grammy nominated and the 2005 Jazzweek Vocalist of the year, Sutton heads up the Tierney Sutton Band  who have headlined the Hollywood Bowl, the Lincoln Center, the Kennedy Center and Carnegie Hall. Yeah, it was intense and a privilege to witness.

And finally, don’t forget Kiefer Sutherland will be at W20 at the Watermark on Friday, October 23.  Ten-dollar tickets will be available the night of the show. Doors open at 7 pm.