I’m loving fall so far with all the unpredictable weather changes; it’s safe to say go out wearing layers, and trust me when I say, you’ll certainly want to be able to strip off several layers once you warm up while dancing at the Salsa Music Fest on Saturday, October 22 at Freedom Park in Camarillo. This one runs from 11 am – 6 pm with food and craft vendors, with dancing like there’s no tomorrow to Chino Espinoza y Los Duenos Del Son! And in case you’re a little rusty on your salsa skills, or have never attempted this fabulous dance, there will be beginner’s salsa lessons at 11:30 along with an advanced lesson featuring star guest, Hector Sanchez. There’s a lot more going on, so be sure to get the details and secure your tickets at SalsaMusicFest.com. 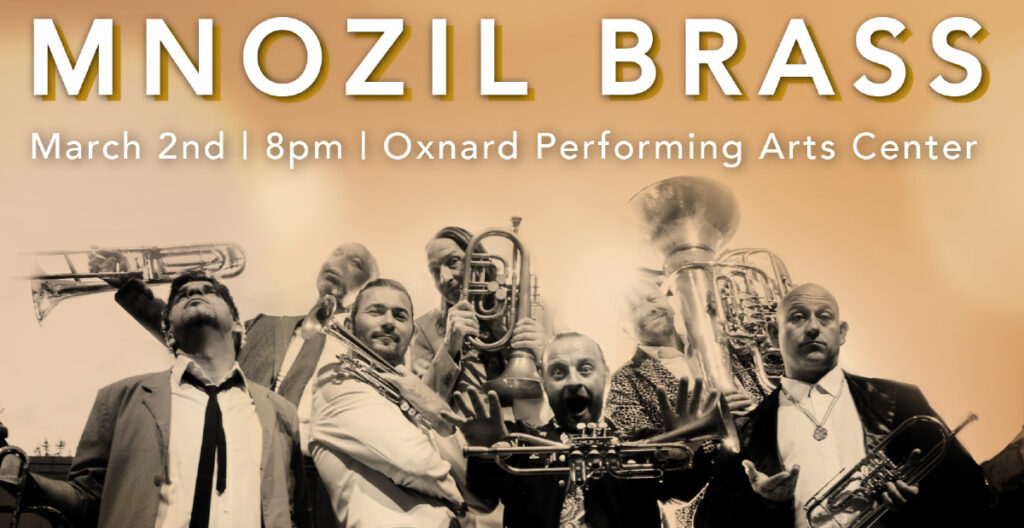 Ventura Music Festival is already busy with next year’s lineup for next summer, but meanwhile, they’re be partnering with Sterling Venue Ventures to bring Mnozil Brass, an Austrian band known as the “Monty Python” of the music world to town. The band’s brand of slapstick comedy promises a fun evening you won’t soon forget when they play the Oxnard Performing Arts Center on March 2, 2023. Find out more about their early bird special at VenturaMusicFestival.org.

The next free Ojai Pops Concert Series show will be Sunday, October 23, with vocalists Miriam Dance and Sophie Holt featuring the music of Leonard Bernstein, John Williams, selections from Dreamgirls and Aretha Franklin. Concert starts at 3:30 pm. The next and final show will be on November 6th featuring Larktown & Friends with Lark Cobb and Todd Temanson. And just a reminder that while these shows are free, donations are greatly appreciated.

The Merry Wives of Windsor will perform during the Ojai Storytelling Festival which runs October 27 – 30. The ten-piece all-female folk band blending elements of folk from the British Isles and the Americas will perform during the kickoff celebration on Thursday, October 27 at Libbey Bowl. Find out more about all the performances, dates, locations and tickets at OjaiStoryFest.org.

The Judy Collins and Sophie B. Hawkins concert at Libbey Bowl was cancelled due to Judy breaking an arm. The Libbey Bowl website posted that a full recovery is expected and Ms. Collins looks forward to performing at the Libbey Bowl on June 3, 2023. Original tickets will be honored.

There are a couple of “early-bird events this year including the one at the Oceanview Pavilion in Port Hueneme where they’re hosting a “Thriller Bash” with Green Jellÿ (pronounced jello) and Sik Sik Siks performing on Saturday, October 22 with a ton of prizes for best costumes. Tickets are available on Eventbrite with this one open to 18 and over.

On the same night, it’s Angie & the Nightmares along with Duncan & the Dragonslayers for one of the Garage’s Halloween parties on Saturday, October 22. This one is free with costume prizes, but you need to be 21+ to attend.

And then the NextGen Rotary club is hosting Crawl-O-Ween on Sunday afternoon October, 23 with several venues participating downtown Ventura; Winchesters will provide live music from the Ray Jaurique Trio. Find out more and get your tickets (after lining up your designated driver) on EventBrite.com. Three non-profits will benefit: NextGen Rotary, Surfrider Foundation and Food Share. Costumes are encouraged as a contest with prizes will be awarded.

Otherwise, the weekend before Halloween (which falls on a Monday this year) will lead up to the big night:

Friday, October 28
Vinyl Gypsies at the Keynote
The Grizwalds at Sunland Vintage Winery