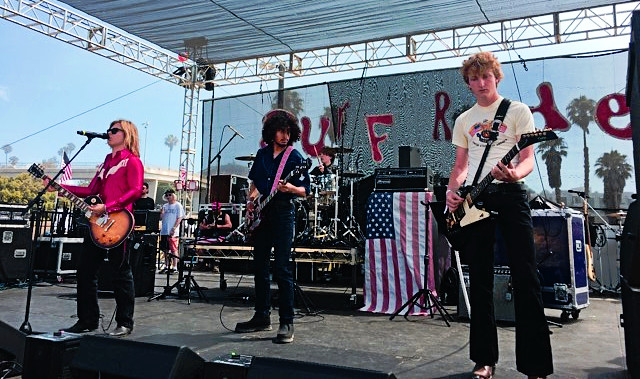 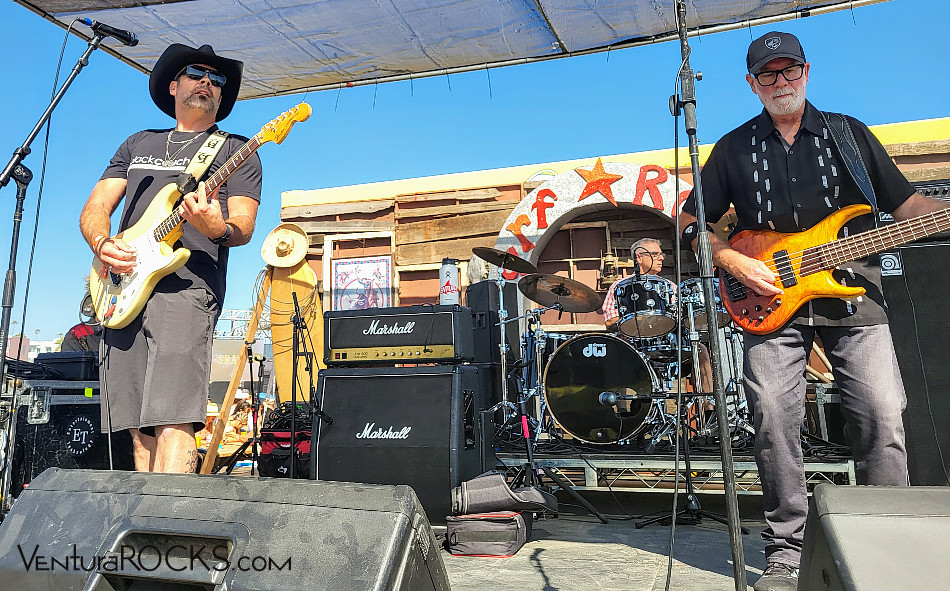 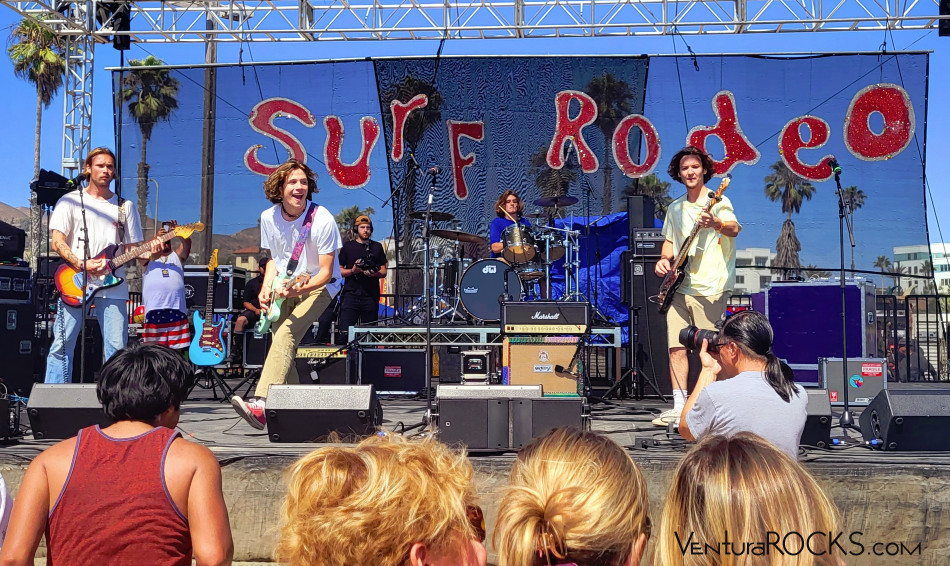 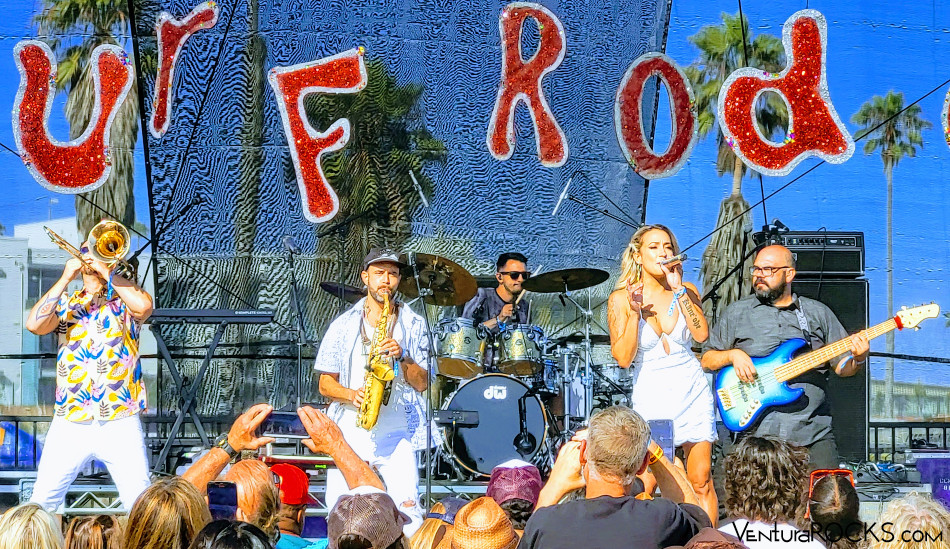 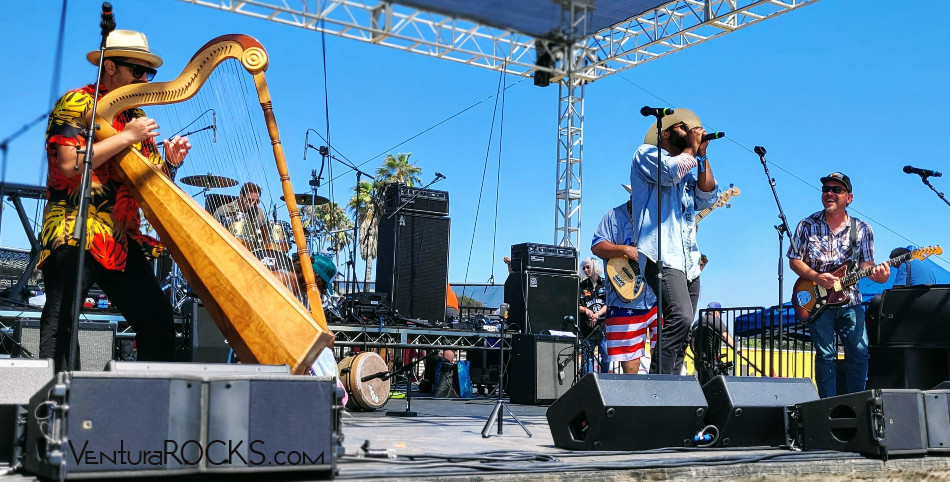 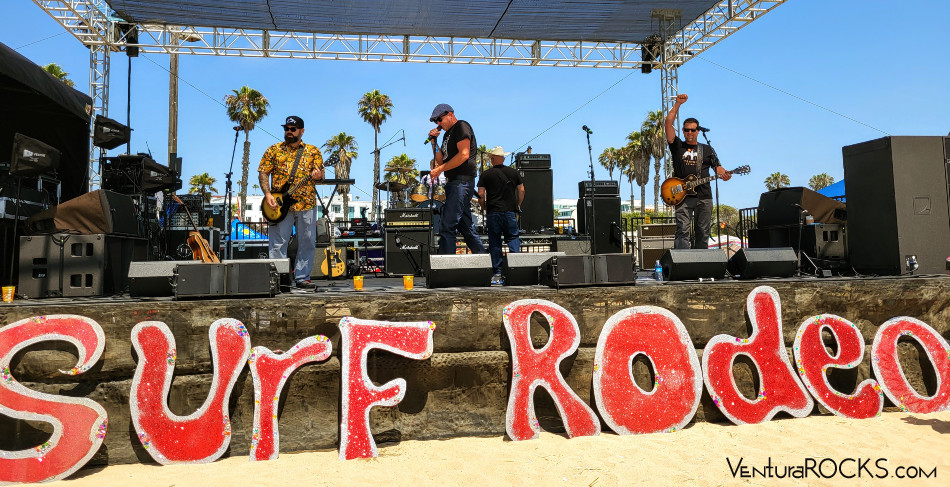 I am amped up and happy to see the Ventura County Fair has announced their 2022 Grandstand Stage entertainment line up finally! The fair has always tried to “spread the love” by offering diverse genres for their attendees. You can’t just do rock, or country, or pop meaning you can’t please all the people all the time, but they do their best to offer a wide range of musical entertainment:

All concerts are included in the price of admission and start at 7:30 pm, except for Sunday which starts at 3 pm. I can’t help but hope Uncle Jesse (John Stamos) will return to play with the Beach Boys again, and I’ll be honest, my heart stopped ever so briefly when I saw that Cheap Trick would be playing; they were a huge part of the soundtrack to my high school days.

I love sharing cool news. The all-new Ventura Music Hall has committed to donating one dollar per ticket sold to community non-profits which means, they’re hoping to donate up to $40,000 annually! Their first donation of $10,000 was presented to the Ventura Music Festival during the venue’s ribbon cutting ceremony on June 16. Susan Scott, Ventura Music Festival’s Executive Director was quoted as saying, “Having a new live music venue in Ventura is a good thing and the Ventura Music Festival is delighted to be the first beneficiary of their unique grant awards to Ventura nonprofits.” I under stand their next recipient will be the Boys & Girls Club of Ventura.

The Tequila & Taco Festival will be held on July 9 – July 10 at Surfer’s Point Live at the Ventura County Fairgrounds parking lot. Along with one of my favorite libations, the event features live music with Sugar Ray, Adelaide and Smooth Sounds of Santana on Saturday, and then Bone Thugs n Harmony, la Sonora Dinamita, and Sambada on Sunday. For ticket information, go to TequilaAndTacoMusicFestival.com.

The Seabridge Summer Concert Series kicks off on Saturday, July 2, with Vinyl Gypsies, Jayden Secor, In Stone, Jazz on the Rocks and Brandon Ragan Project. The free event runs noon – 8 pm at the Seabridge Amphitheater located at 1185 Victoria Ave. in Oxnard below the Fishermen’s Catch.

Libbey Bowl’s website has been updated which now lists all the great concerts for the summer. If you’ve never taken in a show there, do yourself a favor, select a concert and go for it. It’s such a relaxing space surrounded by oak trees, and after 5 pm the temperatures drop to a comfortable level where a light sweater may or may not be necessary by the time the show is over. Their annual free Independence Day concert will be held on Sunday, July 3 at 6 pm, but all other ticketed events begin at 5 pm with opening acts and the headliners usually by 7 pm. Here’s just a few shows lined up:
Friday, July 8: Stephen Pearcy (Ratt)
Saturday, July 16: Oingo Boing former Members
Sunday, July 17: ABC
Friday, July 22: the Zombies with Rooney
Saturday, July 30: Grateful Shred (Ojai Valley Land Conservancy benefit)
Sunday, July 31: Grateful Shred (Ojai Valley Land Conservancy benefit)

It looks like Pedals & Pints Brewing Company and Tarantula Hill Brewing Company in Thousand Oaks are presenting the inaugural Down the Rabbit Hole Festival of Music and Beer on Saturday, July 30 from 11 am to 11 pm and it will feature 10 bands between the two breweries. Tickets are $60 for both venues, which includes your first beer at both locations, and a free shuttle between the two. Bands on the bill are Robert Jon & the Wreck, Beaux Gris Gris & the Apocalypse, Shaky Feelin’, Jacob Marquez & the Good Vibes, a Dustland Fairytail, OPM, Weekend Celebrity, Garrett Lee Robinson, Those Animals and Better off Blonde.

Congratulations to John and the crew at Leashless Brewing on their 5th anniversary. John has been consistently offering a place for people to enjoy live music Thursday through Sunday while providing their certified organic beers. To celebrate, they’ll be offering up three days of epic local reggae starting with Jacob Marquez and the Good Vibes on Friday, July 8, on Saturday, July 9, it’s Heavy Rotation, and then on Sunday, July 10, Levi acoustic.

This 4th of July, the City of Ventura brings back the downtown Street Fair along with the Pushem-Pullem parade which starts at 10 am. This is the only parade I’ve seen, where there are more people in the parade than viewers. Participants are invited to bring their bikes, scooters, strollers and wagons as long as they’re not motorized; it’s quite charming. The theme this year is “2022: Red, White & Blue!” Afterwards, the street fair typically offers a number of bands playing throughout downtown from 10 am – 4 pm.

Quick Notes: Jodi Farrell’s next singer/songwriters’ dinner event at Pierano’s is Wednesday, June 29 with Dylan Brehm, Marina Miller, Emma Wright, Tamara Varney, Jodi Farrell, Luke Hannington, Ella Robles and Aaron Burch; your last chance to catch Luis Munoz before he leaves California will be on July 16 at Namba; Mario Calire is on the road with Jewel this summer and their first week out had the band performing on Late Night with Seth Meyers (Monday 6/13); Surf Rodeo runs July 15 – 17 on the southside of the Ventura pier, get tickets at SurfRodeo.org; the 27th season of the Ventura Music Festival runs July 29 through August 7; and the November 25 show with AFI at the Majestic Ventura Theater is sold out.

Are you ready for the Cajun & Blues Festival?  It falls over Memorial Day weekend May 27-28th at Rancho Santa Susana Community Park in Simi Valley. This year’s lineup looks pretty tasty with such notable acts at Doug Kershaw, Mitch Ryder and the Detroit Wheels, The Yardbirds, Big Bad Voodoo Daddy, and the Robby Krieger Band as Krieger continues to celebrate 50 years of The Doors music. I’m also looking forward to catching Kelly’s Lot, the 44’s and getting to know all the other acts on the bill.  You can find ticket information at www.SimiCajun.org.

The Ventura County fair has released most of their grandstand concert schedule for this summer’s run.  There will be Smash Mouth and Sugar Ray on Thursday, 8/3; Huey Lewis and the News on Friday, 8/4; KC and the Sunshine Band on Saturday, 8/5; Dia de la Familia concert Sunday afternoon, 8/6; Billy Currington on Monday, 8/7; The Spinners on Tuesday afternoon, 8/8; Shinedown on Wednesday, 8/9; Gabriel Iglesias on Thursday, 8/10; and Wynonna and the Big Noise on Friday, 8/11.

Speaking of music over the summer, several of the Music Under the Stars concerts at the historic Olivas Adobe have and will sell out.  Several bands of note include WhosNext, The Swing Kings, Steely Jam, Celebration of Joni Mitchell, Dead Man’s party, Fantastic Diamond and more. Call the City to order your tickets during regular business hours at (805) 658-4726.

Reggae returns to Café Fiore’s Treehouse on Sunday afternoons with the Babylon Rockers taking the floor on Sunday, May 28. The band tells me they’ll be offering up new takes on some well-known tunes, original reggae music as well as some lesser known gems. Music runs 6-10:30 pm.

Hi Hat Entertainment is bringing back Billy Vera, but this time featuring his full band, Billy Vera and the Beaters on Friday, May 26. Enjoy their popular songs such as “Millie make some chili” and his #1 radio hit song, “At this Moment.”

Quick notes: The Pullmen are heading back to Europe (France and Italy) for another tour this time with only three members; Brothers Fortune is back in the studio working on a couple of songs; The Mighty Cash Cats just released their new CD called “Alaska Boogie”;Donna Lynn Caskey’s CD release party for “The Love Still Shows” will be at NAMBA on Saturday, May 27 and the San Francisco jazz trio, Charged Particles, return to Squashed Grapes Saturday, May 27.

And finally, be sure to tune in for my “mostly local” music show on CAPS Media’s KPPQ-LP at 104.1 FM on Tuesdays from 5 -6 pm. I’m having a blast finding local music nuggets to share like vintage music from Ariel to the Missing 23rd, plus I’m getting new music in from the likes of Ozomatli and Big Voodoo Daddy. CAPS hasn’t launched their simulcast on the internet yet, so if you’re local, be sure to tune and support!