I originally moved to Ventura for a radio job at 96-ZTR where I used the air name of Stephanie Rose for several years. Do you remember that classic rock station at 95.9 on the FM dial? Well it’s changed formats a few times over the last few decades and currently they’re known as Old School 959 and they’ll be introducing their new morning show host Jimmy Reyes at Amigo’s Surf Cantina on Friday, May 6. Swing by and enjoy “Old School” tunes with JScratch and DJ Wicked in the mix and Miss Alynette who will be hosting the evening.

You might want to go ahead and secure tickets before it sells out for the Frost & Fire II concert as the show features the return of Cirith Ungol. Last year dozens of folks showed up from around the globe just to get an autograph from a couple of the band members, but this year drummer Robert Garvan (and Ventura resident) is reuniting the band for their first live performance in over 25 years. A European tour can’t be far behind.

The 11th Annual Ventura county Blues Festival with the Delgado Brothers is Saturday, April 30th in Camarillo. This year the festival is dedicated to Alan (BB Chung King) Mirikitani.

Now Ventura has been offing up a DJ on Friday and Saturdays but they’re stepping it up with a “Return to Jazz” evening headed up by Davey Miller on Fridays and then a weekly jazz jam on Wednesday which will be hosted by the likes of monster players like bassist, Bruce Lett and Ric Fierabracci. Other names expected to participate will be Andy Langhamm, Mitch Forman, Nick Mancini and Dennis Hamm.

Copa Cubana in the Ventura Harbor Village has opened its doors with the Estrada Band every Monday night; more music and a fuller menu to come soon. And with the weather warming up, Margarita Villa also in the Ventura Harbor Village is once again providing music out on their patio area and Saloon BBQ downtown is once again consistently providing bands over the weekend.

Bombay’s is hosting a fundraising event supporting the Gull Wings Children’s Museum running all day starting at 11 am until closing with music from Sin Nombre, The Right Amount of Wrong, Phantom Train, Galactic Polecats Hard Six and more. There will also be a car show and a Little Miss Gull Wings pageant hosted by Ms. Cash Bash 2016 and Roadshow Revival contestant, Christini Martini, so mark it on your calendar for Saturday, May 14.

And staying with our kids, the Ventura Music Festival presents its most diverse Rising Stars concert on Friday May 6 at the First United Methodist Church (1338 E. Santa Clara). The 75-minute program begins at 8 pm and includes a 30-member high school choir, seven classical musicians from middle school to college and a jazz quartet. Admission is free. 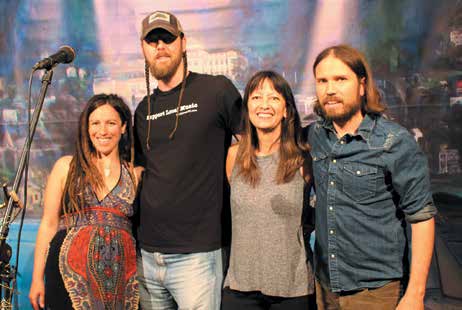 I met up with owner Mike Toler at Amigos where they’ve been shaping up the menu and fine tuning their nightly music line up. A few of the band/artist residencies have been switched out and he’s offering up Reggae for downtown on Thursdays and will be creating Tuesday Bluesday in early May. Also coming in May, Mondays will be reserved for an open mic with a twist; they’ll be doing a six-week contest where winners win a paid gig at Amigos on a Sunday afternoon.

SPRP (Sunday Punk Rock Party) will be celebrating their first birthday party on Sunday April 24th 1-6 pm at the Garage on the East end of town featuring music from Mother of Dissension, The Lower Echelon, We the Underclass, The Rouse and The NaVaNaX.
Singer songwriter and powerhouse guitar player, Zack Bramhall makes his California debut Friday, April 15th at Ventura Beach Club; he’ll be joined by RJ Mischo.

The Velveteen Band is going back into the studio for their second release with a soft target of Fall 2016. The whole band is taking part in producing it and taking their time on the mixing and mastering process. Baron von Velveteen told me, “After almost 2 years as a band, we’ve really grown together as a team. At its core, this band is going to continue doing what we’ve done from the beginning, being as creative as we can, and having as much fun as possible. Fun and imagination, is the soul of this band, and this world needs to have way more of it! We hope to achieve an album, that tells that story!” You can catch the Velveteen Band on the first Friday of the month at Bombay’s.

Bell Arts Factory on the Avenue will host a screening of John Phaneuf’s film “Points of Light” with a performance by Dan Grimm on Saturday, April 16 at 7 pm. You probably know Phaneuf best as lead singer for Ill Repute, but he’s becoming quite the filmmaker. “Points of Light” highlights the inspiring lives of Barbara Flitt, Becca Porter and Al Earle. There is no cover, but a donation to Bell Arts would be appreciated.

And speaking of Dan Grimm, we’re working on the next episode of Ventura Rocks on CAPS Media with Dan Grimm in the studio featuring solo material and his new band Whiskey for Kittens. You can catch our most recent show with 50 Sticks of Dynamite on VenturaRocks.com.

Dan Grimm along with new project Whiskey for Kittens 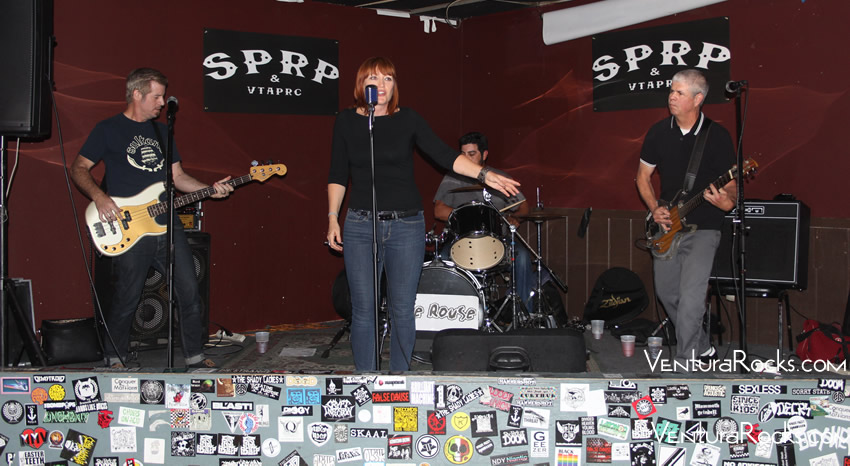 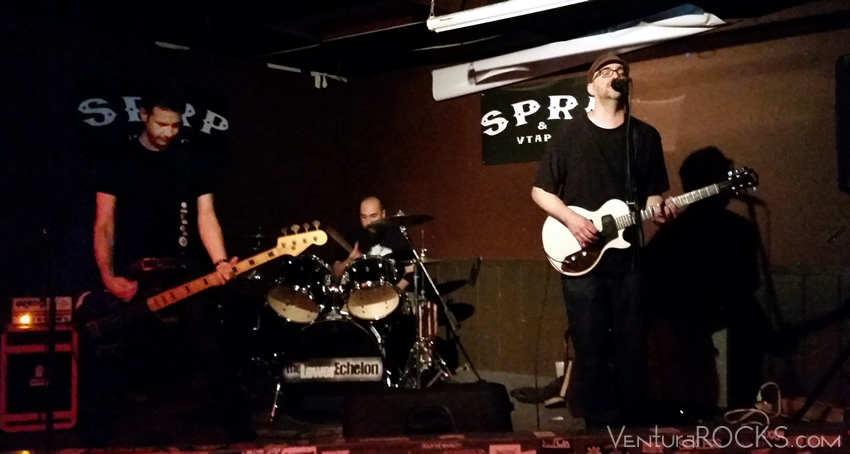 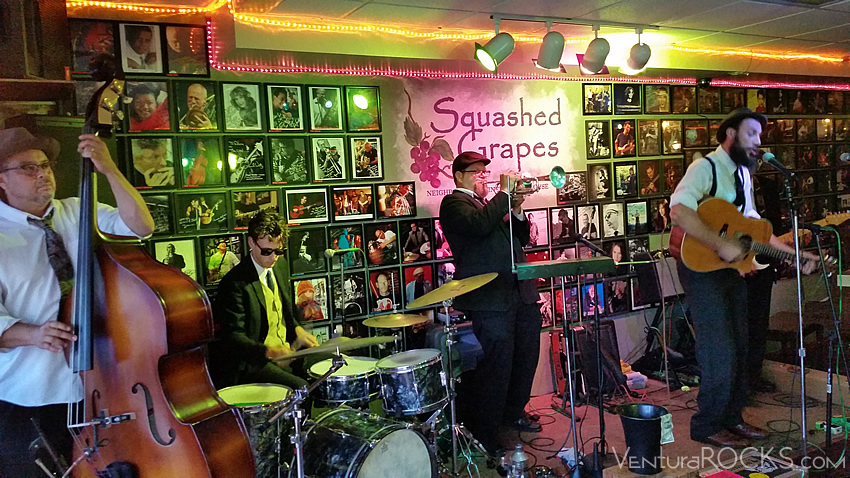 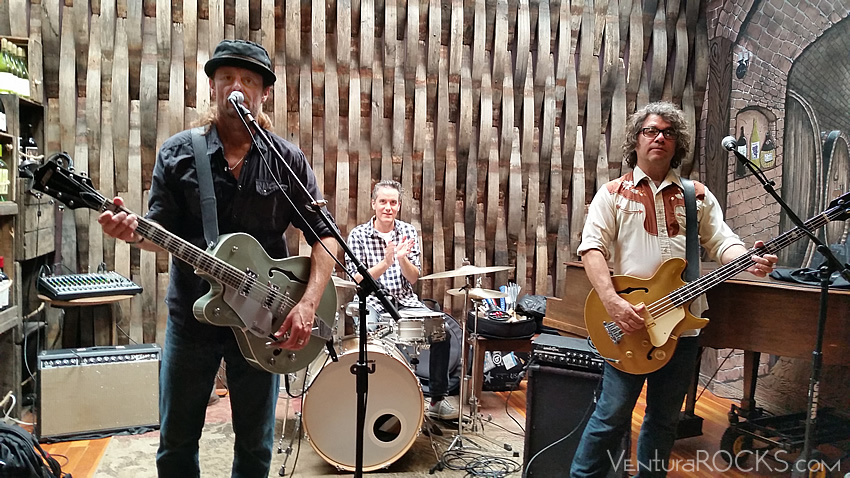 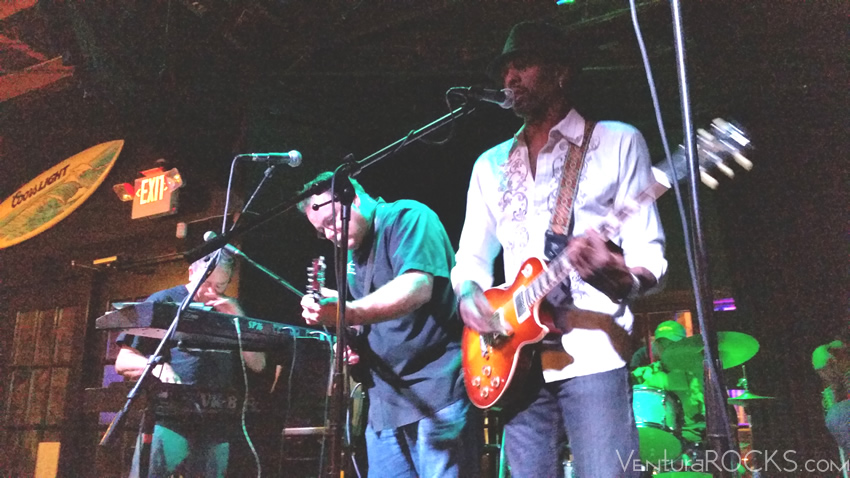 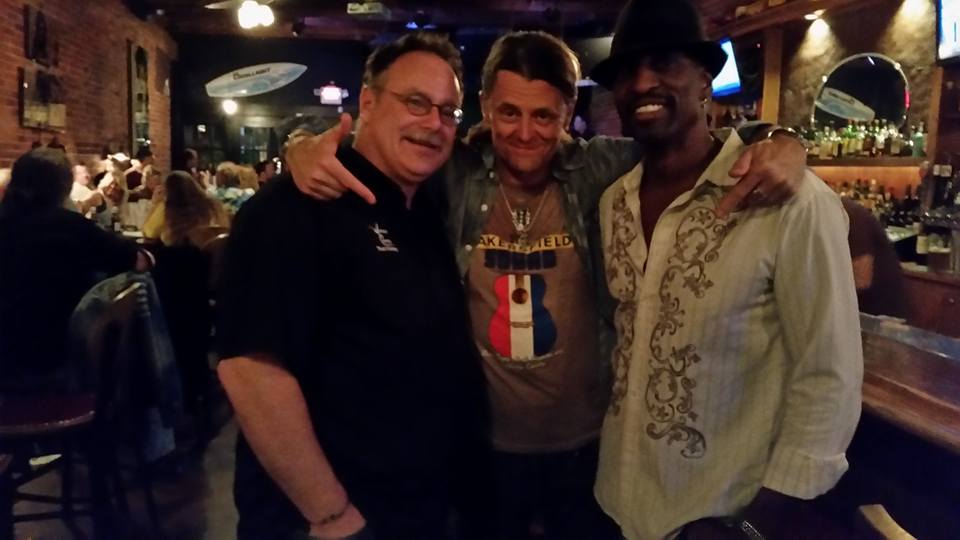 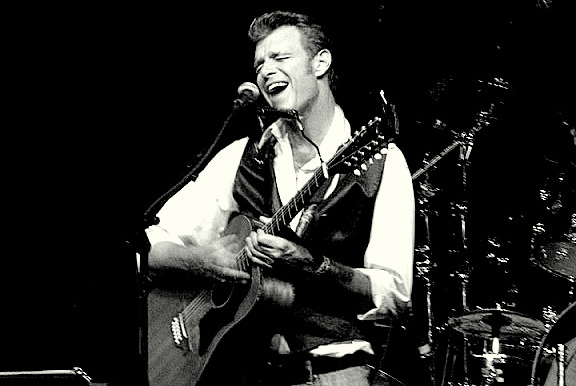