The 2017 Ventura Music Festival is still a few weeks away, which means you should get your tickets now to attend one or more, or all of the events they have lined up. The theme this year is “An American Season” with the grand finale staring the one and only Michael Feinstein featuring stories and songs from the great American songbook on Sunday, July 23 at the Oxnard Performing Arts Center. There will be performances all week long at different venues; I’m particularly looking forward to Perla Batalla’s tribute to Leonard Cohen on Friday, July 21, at the Ventura College Performing Arts Center. All the event and ticket information can be found at VenturaMusicFestival.org.

In case you missed the memo, Roadshow Revival has moved from downtown Mission Park to Discovery this year, Saturday, July 1, with Los Lobos headlining the day. There will still be two stages with bands playing all day long and an after party indoors that evening (separate cover charge for each event). Roadshow Revival started out as a tribute to the man in black but has since evolved into a celebration of American roots music. You can find the full band line up and ticket information at RoadshowRevival.com.

The City of Ventura will once again celebrate the Fourth of July starting with the Pushem-Pullem Parade at 10 am followed by the 42nd annual street fair downtown. Several stages will provide live musical entertainment including such bands as Rin Kon Tiki, Pier 101, Rhythm 805, Big Adventure, Raised on Vinyl, and more. Then later in the day catch the fireworks show and family picnic at Ventura College sponsored by the Rotary Club of Ventura; gates open at 5 with the fireworks at about 9 pm with entertainment including live music in between. The Rotary Club donates 100% of the event’s net proceeds to benefit charitable community programs in Ventura.

Quick notes: Jodi Farrell and TreCoustics played their final show at Grapes and Hops Friday, June 16; Congratulations to Topa Mountain Winery as they celebrate their one-year anniversary on June 25 with live music from Orgone and the Bryan Titus Trio; Ventura Theater announced Queens of the Stone Age will play there August 10; and don’t forget next month it’s Surf Rodeo July 15 and 16. 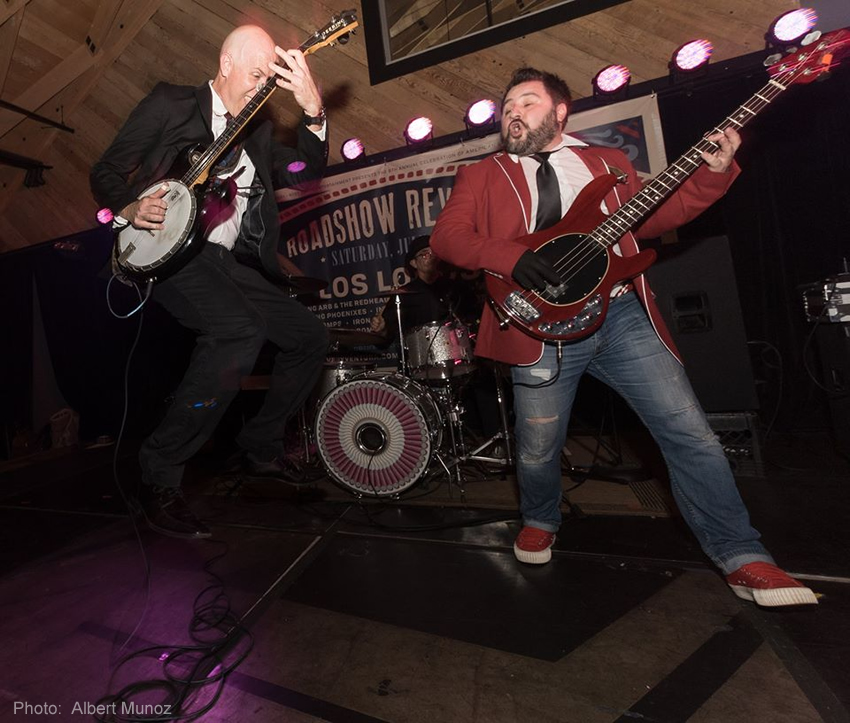 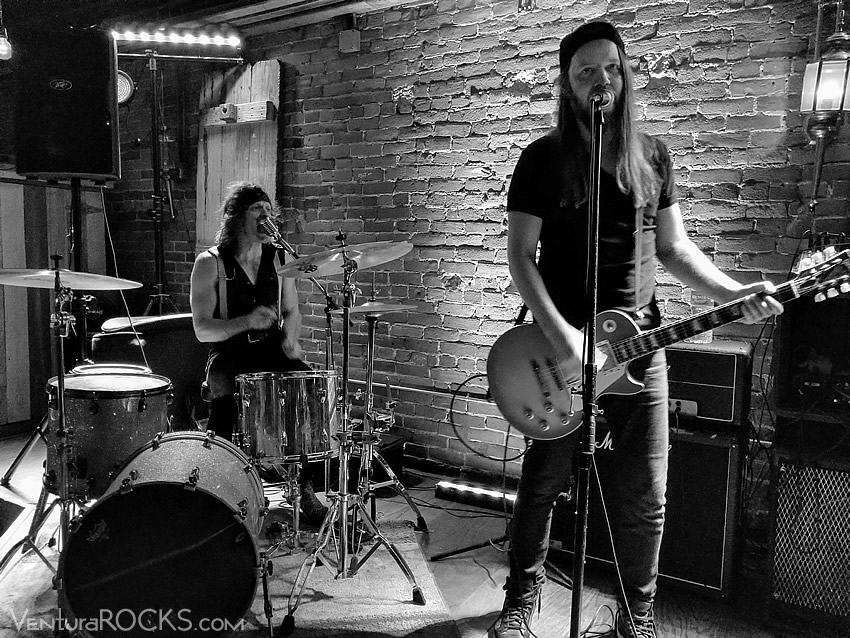 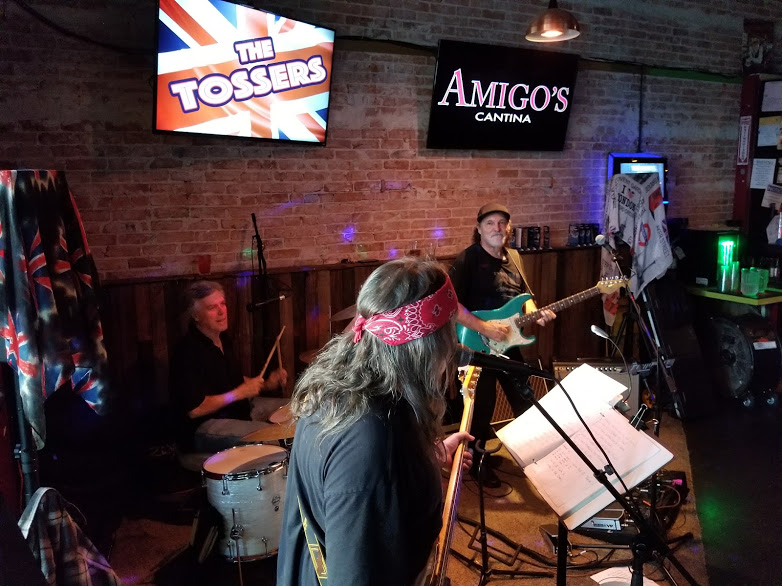 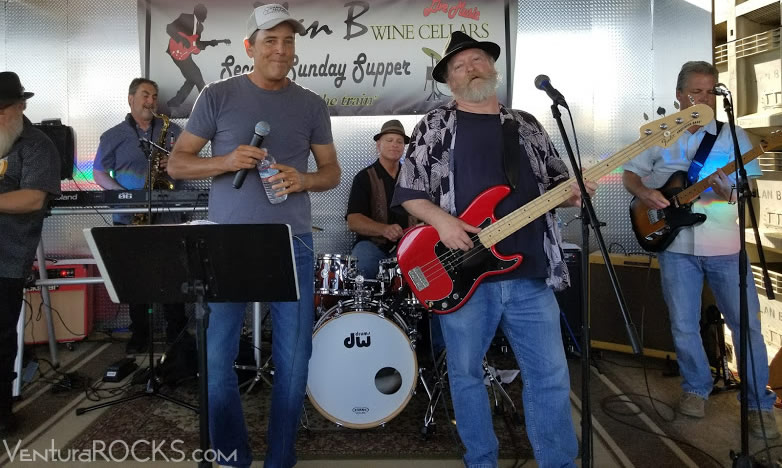 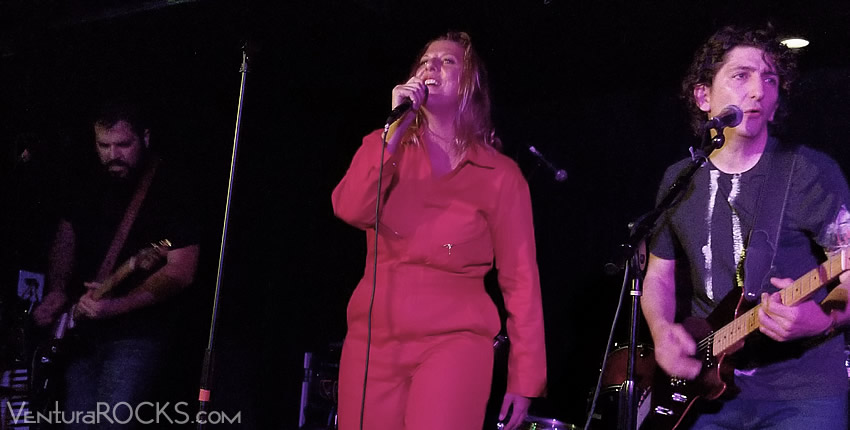 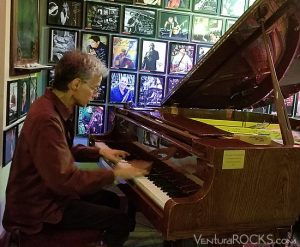 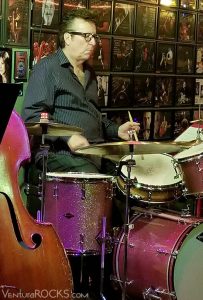 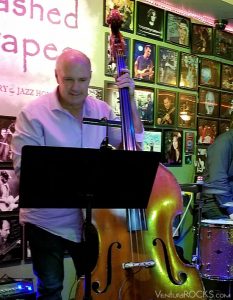 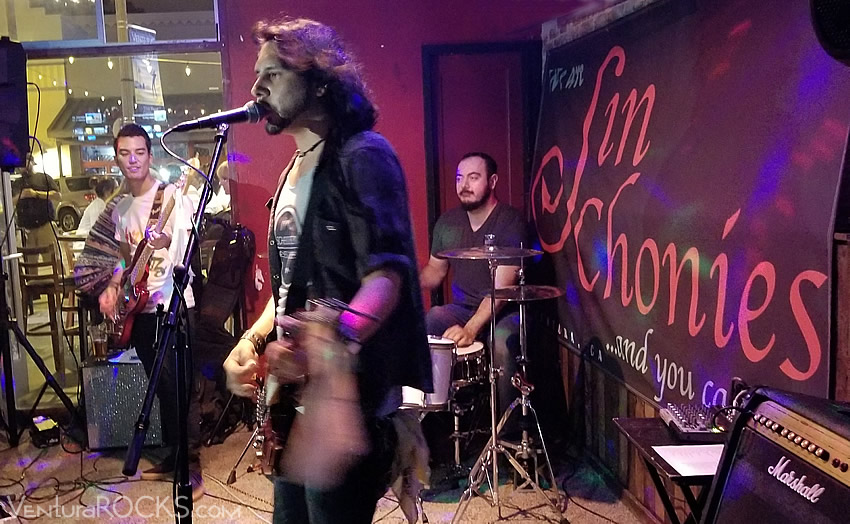 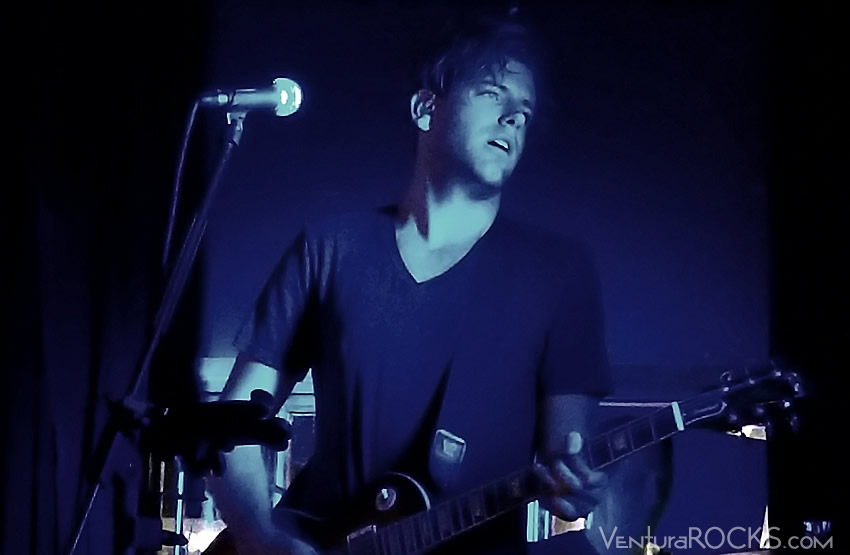 The Ojai Music Festival is underway taking over several venues and running June 8 – June 11. You’ll need tickets for most events, but there are several free concerts throughout the week. You can get information at OjaiFestival.org.

Rene Ponce gave me the lowdown on Goodnight Kiss when they recently played at Ollie’s Duck and Dive in Malibu. He told me they’ve played there several times, but this last time Kid Rock was in the crowd and accepted the band’s invitation to join them for a couple of tunes. How cool is that? The guys return to Ventura on June 17th when they open for Brothers Fortune at Bombay’s.

The Ventura Beach Club has been booked on Saturday, June 17th by Stay True and ideal Music Collective hoping to alleviate those “No-Warped-Tour-Again-This-Year-Blues” by lining up bands and DJs indoors and out. On the bill includes Split Second, Love Thing, Yearbooks, No Advisory, Two Brothers and Pretty Well. If you love punk, ska, emo & pop, you won’t want to miss this one.

Ones to Watch Productions (O2W) have announced that Grammy Award winning artist Lucinda Williams will be headlining this year’s Topa Topa Folk Fest at the Libbey Bowl in October. Leading up to the event, O2W will be hosting a folk fest showcase on June 17 at Topa Mountain Winery featuring Justine Bennett, Tim Curran, The Brambles and Shane Alexander. Get more information on all their events at TopaTopaFolkFest.com.

Quick notes: You can get your tickets for Roadshow Revival with Los Lobos headlining on Saturday, July 1 at Discovery at RoadShowRevival.com; The Wine Rack is rebranding itself as Vintura Tasting Room & Wine Rack; the Boatyard Café is undergoing some upgrades and I understand renaming itself as the Boatyard Pub; Alastair Greene is heading out to jam at the Chicago Blues Fest on June 10; Shawn Jones returns from Europe and will be at Grapes and Hops on Saturday, June 17; and finally don’t miss Alex Nestor when she plays at Café Fiore, on Friday, June 16, she opened Sunday (May 28) at the Simi Valley Cajun and Blues fest.

And finally, I’ve officially made a name change for my radio show on CAPS Media’s KPPQ-LP, 104.1 FM. I seriously thought about calling it Pam on the Rocks, but out of respect to Rodney Bingenheimer (Rodney on the Roq), I opted against it; and because I can’t use Ventura Rocks, my third chose, and apparent final choice is: The 805 Music Scene with Pam Baumgardner. The name alone encompasses more than Ventura, even more than Ventura County which is good. I still play indie artists from outside our area who have caught my ear, and I spin tunes from bands who have come here to play. Tune in and support local music Tuesdays and Fridays 5-6 pm.