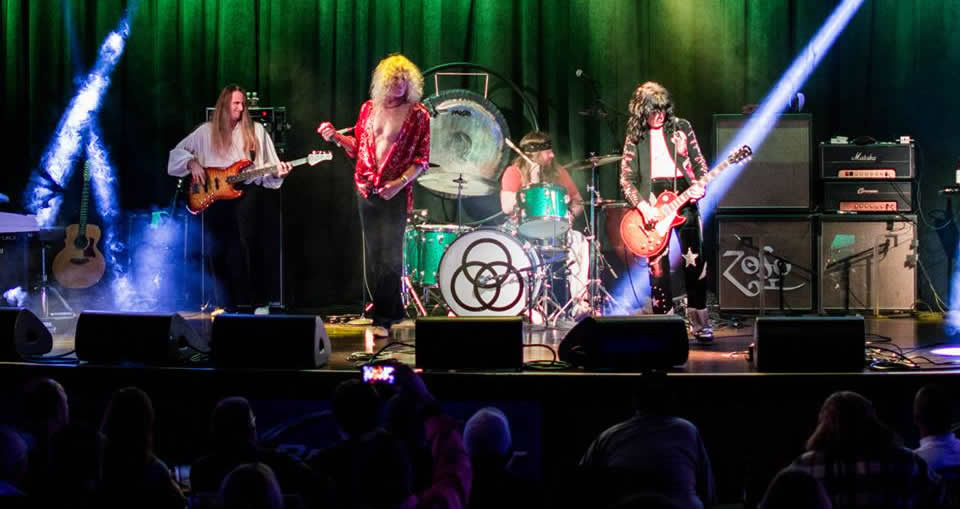 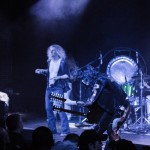 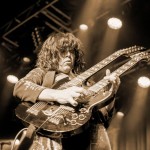 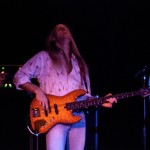 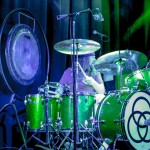 May 16, 2015: Jerry Vivino Quartet at Squashed Grapes with Bernie Dresel on drums, John Leftwich on bass, Jerry Vivino on sax and Mitch Forman on piano.

With the end of the school year, summer vacations planned and the outdoor music season quickly approaching, there is much to cover on Ventura’s music scene. Let’s start with the Pierpont Inn’s 2015 Summer BBQ and Concert Series which kicks off on Thursday, June 4, featuring Fish Fry and the Vonettes. Overlooking the Pacific Ocean with a BBQ dinner that can’t be beat, the series will run the first and third Thursday of the month from 5-9 pm. No admission either!

Squashed Grapes had yet another hot night of jazz recently when Jerry Vivino (Conan O’Brien orchestra leader) came to town and brought with him monster players including Bernie Dresel whose work on the movie Whiplash is becoming more known. It’s so very cool, to be so close and intimate with such amazing jazz players. Don’t forget Doug Webb returns with Danny Carey of Tool on Saturday May 30.

Jackie Greene plays Discovery on Friday, May 29. Jackie is out promoting his first studio album in five years with “Back to Birth.” The album was recorded in Portland and produced by Los Lobos member, Steve Berlin. “Musically, this record is kind of a return to the simplicity that I started with, although I feel like I have a much better idea of what I’m doing now,” Greene observes. “I think the lyrics are the part that’s really evolved.” Tickets are on sale at www.DiscoveryVentura.com.

Tickets for the third annual Nardfest have gone on sale for the two-day event at the Ventura Theater August 29 and 30 with all the usual suspects including Ill Repute, Dr. Know, Stalag 13 and dozens of local punk favorite bands.

The final concert of the Ventura County Concert Band’s 51st season will be held at the Ventura High School auditorium on Sunday, June 7. Doors open at 2:30, it’s free to the public and the final program, “As Summer Was Just Beginning” will be full of cool musical favorites including marches and musicals along with big band and hot popular hits.

And finally, on any given day of the week, you’ll find amazing live music downtown Ventura and all within 4-5 blocks, yes people, that’s walking distance for most. It’s not easy running a business and then on top of that booking bands and ensuring quality entertainment for patrons. But kudos go out to Amigos, Bombay’s, W20 at the Watermark, Sans Souci, Café Fiore, Grapes and Hops, The Wine Rack, Saloon BBQ, The Tavern, Peirano’s, The Star Lounge, Hong Kong Inn as well as El Rey, Rookies, Dargan’s, Padrino’s, the Sandbox Coffeehouse and Shanghai Beer Gardens for stepping up from time to time.   These venues are responsible for making our Downtown vibrant. Keep up the good work!!

I just got wind that the R&B Bombers, one of Ventura’s favorite dance party bands, will be welcoming back Joe Wilson to the group; you can catch them on Sunday, May 17, at Bombay’s when you know they’ll be packing the dance floor from 4 – 7:30 pm.

It looks like the powers that be will pull off another Ventura Music Week with two major events as bookends; first June 21 with the Vans Warped Tour at the Ventura Fairgrounds and then the following weekend with the expanded Roadshow Revival over two days, Saturday and Sunday, June 27 and 28 at Mission Park Downtown. We’re waiting on the announcement for movie night, but the Visual Arts evening is coming along and final details are being ironed out.  You can get more information at www.VenturaMusicWeek.com.

The Ventura Harbor has been hopping between Margarita Villa and the new Boatyard Café with music mostly featured Thursday through Sunday.  They’ve been offering acoustic artists such as Dan Grimm, Hawks & Britt, Jodi Farrell & Jim Rankin, but Margarita Villa kicks it up from time to time with such bands lined up this month as GrooveSession, Rising Son and Rock Cats Rock.

San Francisco’s doom pop outfit Rich Girls will be touring the California coast this month and will be playing at The Garage on the 29th. Combining west coast garage rock with the polish of British art rock, the band released an EP entitled “Fiver” last year after getting signed to Breakup Records.

Tickets have gone on sale for the Music Under the Stars series which covers nine Saturdays at the historic Olivas Adobe.  You can bring your own dinner or enjoy gourmet food trucks and a full beverage service.  The venue is intimate with a big dance floor and seating available for family and friends.  The popular series kicks off July 11 with Britain’s Finest, a Beatles tribute band, followed by July 18 with Porterhouse Bob, and July 25 with The Kings of the 88.  Call the City of Ventura for more information and to reserve your tickets at (805) 658-4726.

If punk music is your cup of tea, then be on the watch out for Luicidal out of Venice, CA.  They’re looking for gigs up in our neck of the woods; the band features former members of Suicidal Tendencies (Louiche Mayorga and RJ Herrera), and not to worry, they still play tunes off ST’s first three albums.  If you’d like to get them hooked up with a show you’re producing, or you just want to book them, then drop me a line.

Many thanks again to all musicians who create, and to all venues that provide a platform for live music. You make Ventura Rock. 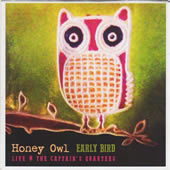 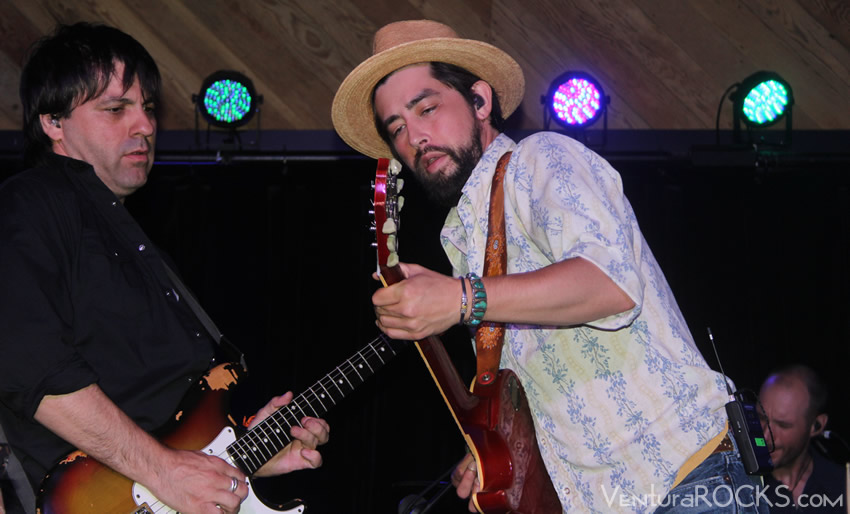 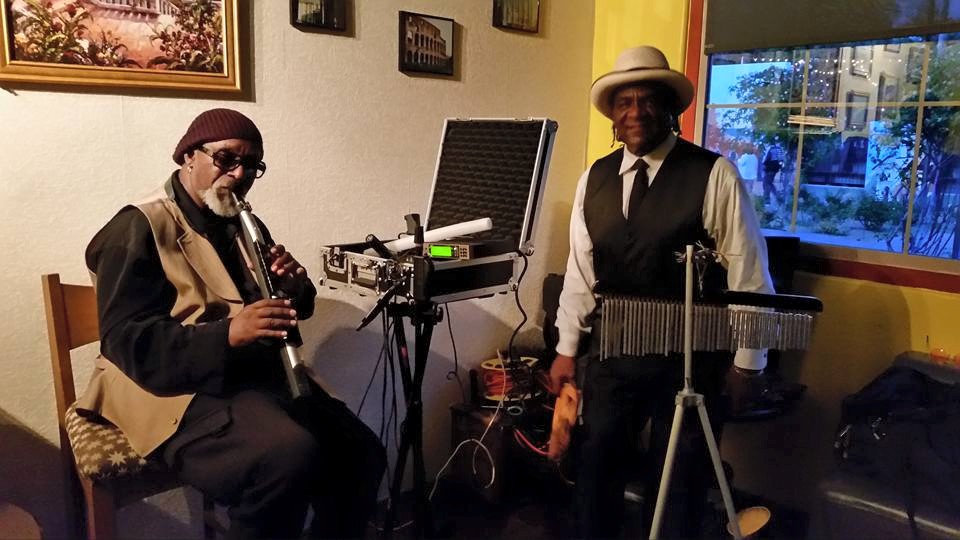 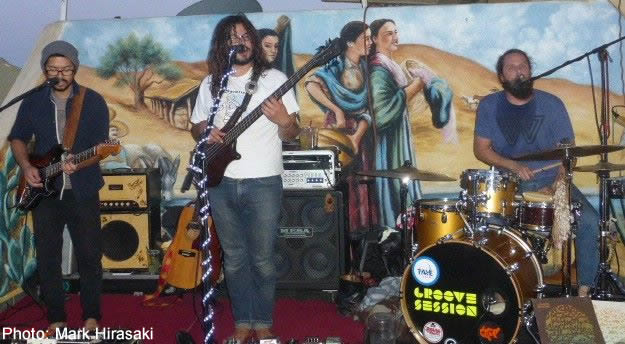 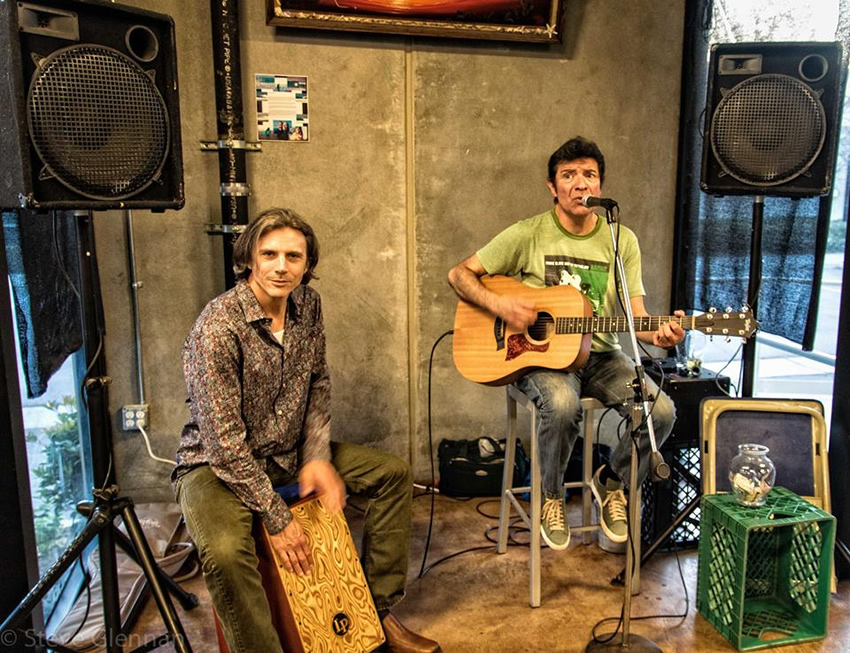 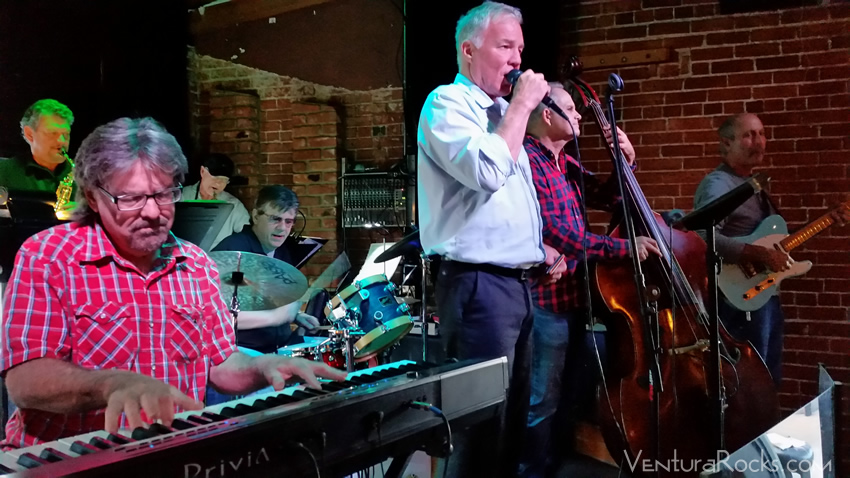 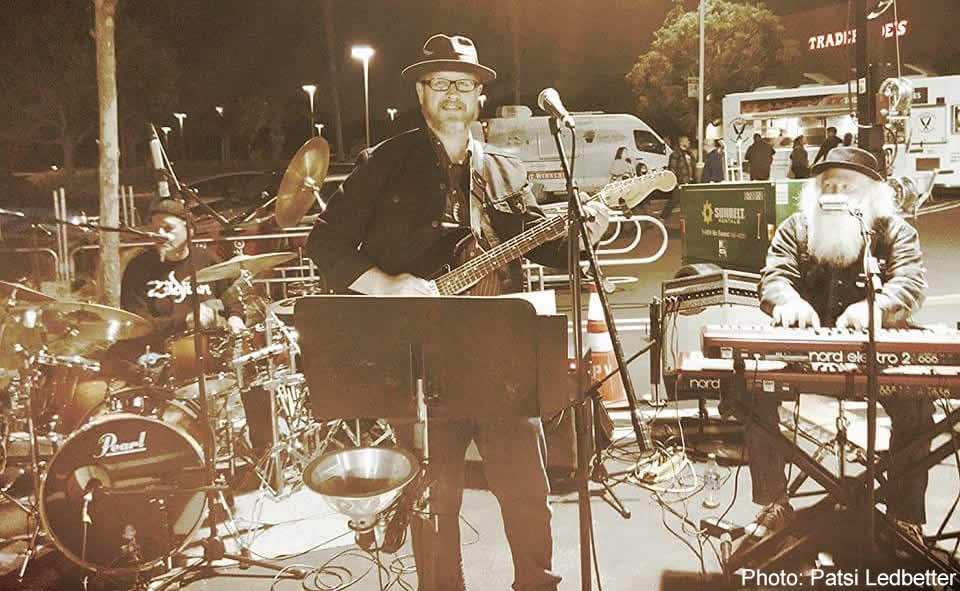 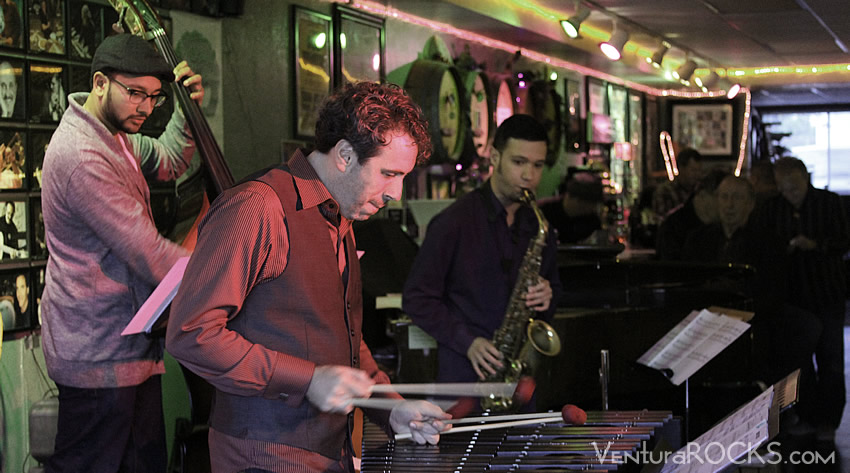 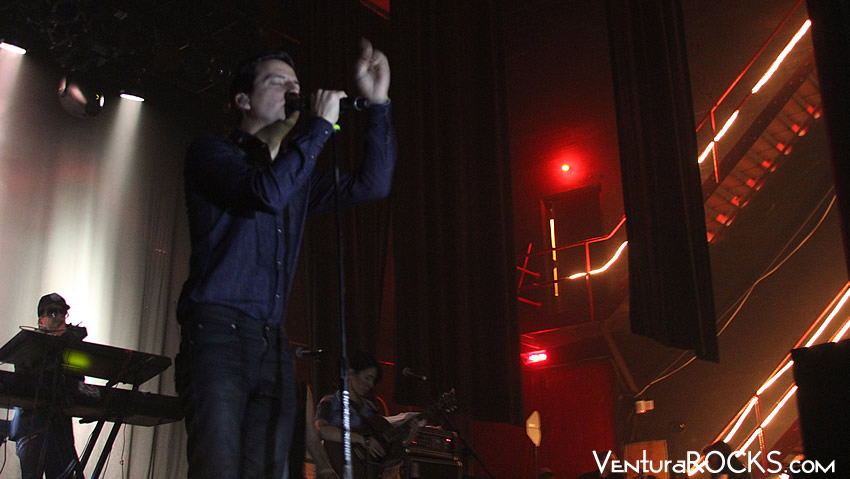 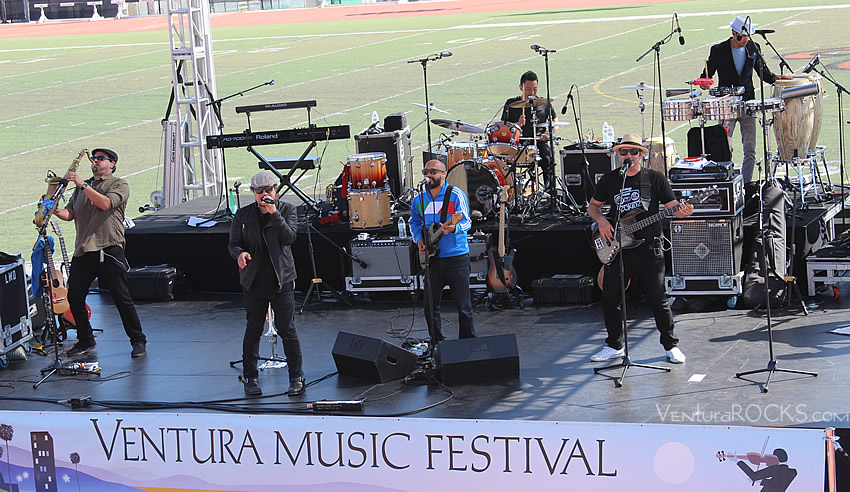 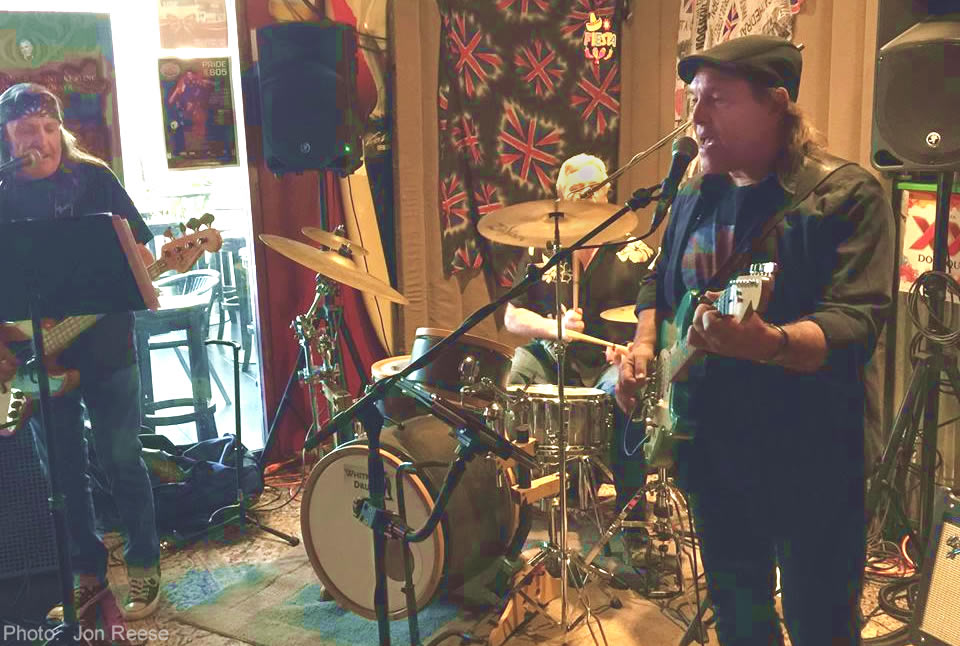 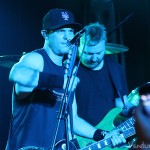 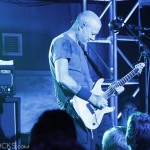 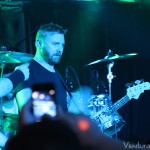 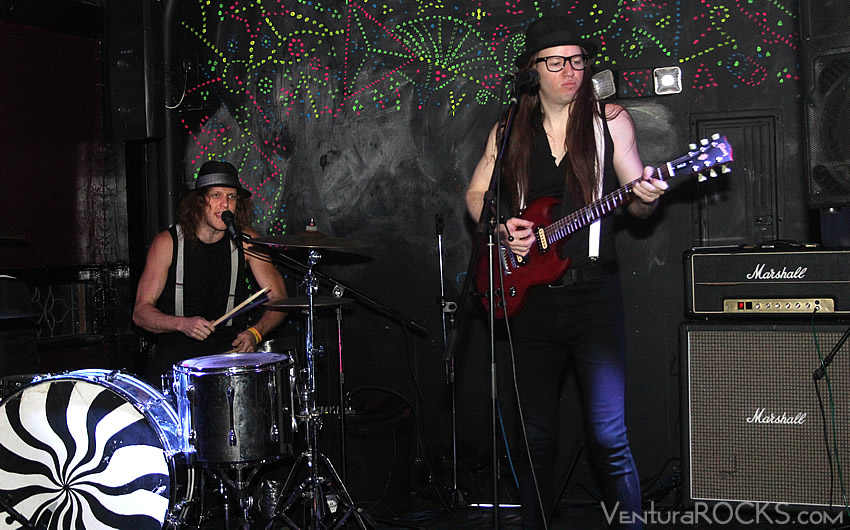 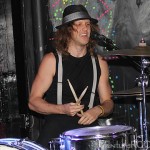 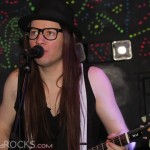 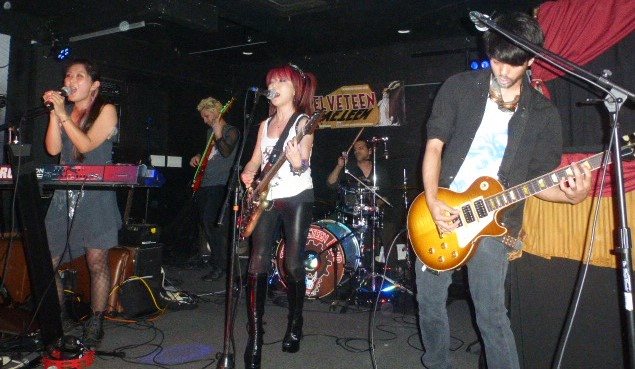