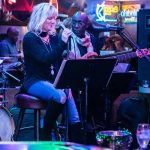 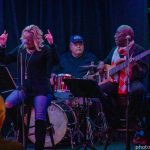 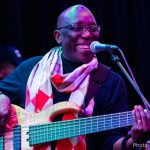 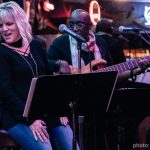 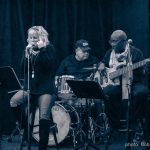 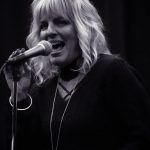 Let’s talk about ensuring we have jazz in town, and not just every now and then. I’m talking about a venue where you can count on not only local artists having a place to showcase their talent, but a jazz house where world-class musicians travel to Ventura (some actually live here) to play in front of an appreciative audience. Of course, I’m talking about Squashed Grapes re-opening at their new location in mid-town Ventura. If you’d like to weigh in, then you are invited to attend the obligatory public hearing to be held at Ventura City Hall in the Council Chambers on Wednesday, April 10, at 6 pm; please mark it on your calendar now. I’ll be there, and I’m personally inviting you to come help Adam and Josh reopen Squashed Grapes. Long live The Grape!

Sorry to report we’ve lost another venue for live music. I’d like to thank Kristen Shubert for the past few years for running Vintura at the Wine Rack and offering not only a lovely place to hang, a crew happy to describe the wines available but for also supporting Ventura’s music scene by providing an eclectic mix of artists on their stage. Unfortunately, she lost her lease but she went out in fine fashion by selling everything in the venue from bottles of wine at half off, to all items in the store, cushions to artwork. Her last day for music was Monday, February 25, with artists showing up to jam as a final send off.

Just a side note, The Lantern Festival seemed to be a success if you’re solely going by the number of people participating. I hope they’ll be back next year, maybe advertise a little more and I hope the weather cooperates with less wind. Of course, it could have been worse, it could have rained.

I am so happy to hear that Surf Rodeo is on again for this year and I just found out it will be in a new location moving from Pierpont Beach to the Ventura Pier. No word on bands yet, but you won’t want to make any vacation plans for the weekend of July 13 and 14.

Another festival will be testing Ventura out, it’s called the Lantern Festival which will be held on Saturday, February 16, with live music from Cardiod, Nightgown and Pretty Polly. This family friendly event will of course feature hundreds of lanterns hanging, yours is included in the price of your ticket which range from $29 to $75 for VIP passes. I found this one on Facebook.

Holy moly, don’t even think I’d forget about Valentine’s Day. Okay, the long and short of it goes like this, we have lovey dovey to total animosity. Let’s start on the lovey dovey side with the Toni Jannotta Jazz Trio at Vintura at the Wine Rack, Bryan McCann at Café Fiore, Varon Thomas at The Cave, The Gypsy Blues band continues their weekly residency at The Blue Room next to the Comedy Club in the Harbor, there’s the weekly Bluegrass jam at the Boatyard Pub at the Harbor, then for the harder side of the coin, it’s Danko Jones and Nashville Pussy at Discovery and finally HeWhoCannotBeNamed and the Devros at The Tavern. Good luck!

Finally, huge congratulations to Teresa James & the Rhythm Tramps for earning a Grammy nomination for this year’s Best Contemporary Blues Album for her 10th album, “Here in Babylon” as well as a huge shout out to Jesse Siebenberg who worked with Lady Gaga and Bradley Cooper on “Shallow” with Lukas Nelson and Promise of the Real. “Shallow” won the Grammy for Best Song Written for visual Media and for Best Pop Duo/Group Performance.