You won’t want to miss Fortunate Youth when they open for Slightly Stoopid at the Ventura Theater, Friday, November 11.  They’re the creators of one of the biggest and most successful reggae compilations in the world, with all proceeds donated to different charities that the band tries to support from Cancer Awareness to helping Children who have lost music programs due to under funding.  Also at the theater will be the local favorites Dirty Rice opening for Tribal Theory on Saturday, November 12 and then the following week it’s Pennywise with Strung Out and Unwritten Law on Friday, November 18, and of course Suicidal Tendencies with Good Riddance on Saturday, November 19.

Congratulations to Rachel Flowers who was interviewed for the November issue of Keyboard Magazine (the one with Norah Jones on the cover).  Her film “Hearing is Believing” by Lorenzo DeStefano was just featured at the 17th Annual Ojai Film Festival.

I’m all about good causes especially when good causes are in conjunction with great music, and so it goes with the fundraiser on Saturday, November 12, at the Ventura Beach Club for The Canine Adoption and Rescue League (C.A.R.L.) in Ventura.  The event will run 6-10 pm and will feature Deb Ryder, Ray Jaurique & The Uptown Brothers and Kelly’s Lot. You can always count on Kelly Zirbes for going above and beyond the call of duty when it comes to taking care of abandoned cats and dogs. Admission is only $10 and all proceeds will go to C.A.R.L.  As a side note, Kelly and husband Perry just opened for the iconic Don Mclean at the Rose in Pasadena.

I’ll be honest, I’m really looking forward to “The Pretty Things,” a David Bowie tribute band at O’Leary’s November 12. I’ve said it before, and I’ll say it again, “My teenage years would not have been the same without Bowie.”

The Barrelhouse Wailers will be hosting another Speakeasy swing dance night on November 19 at the Ventura Beach Club.  The evening will start with lessons at 8 pm with Kim Clever and David Frutos, then live music from 9 to midnight.  Of course, costumes are encouraged but not required.

Goodnight Kiss are currently in the studio recording their first EP; Medicine Hat will be going back into the studio soon; Hard Six just finished a video soundtrack recorded at Megasound Studios; the Rubberneck Lions just released new music via social media with their first single, “Head Case by Case”; Ashford Gordon’s CD release party has been postponed until after the New Year; Smitty and Julia’s new CD, “Made in Ojai” is now available on CD Baby; and congratulations to all of the Mayor’s Arts Awards recipients with a big shout out to local musician/teacher, Jodi Farrell.  It’s well deserved my friend!

Could not believe how incredibly fun these cats were!!! They’re called the Barrelhouse Wailers and you’re not going to want to miss them the next time they play here in Ventura! Loved the Hot Jazz they were serving up! 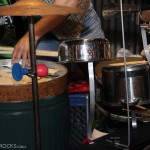 Quite a drum kit! 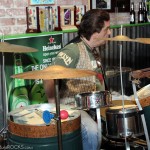 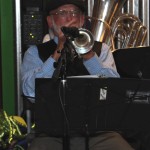 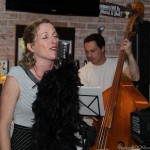 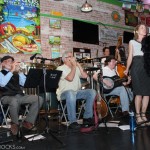 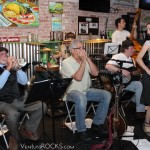 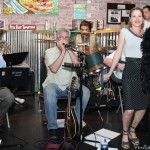 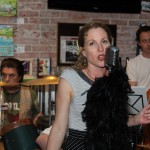 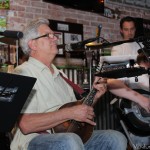 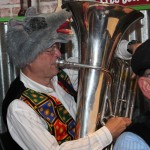 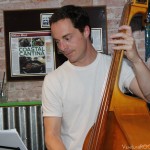 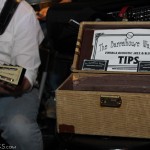 Trust me, you’ll want to tip these guys!!