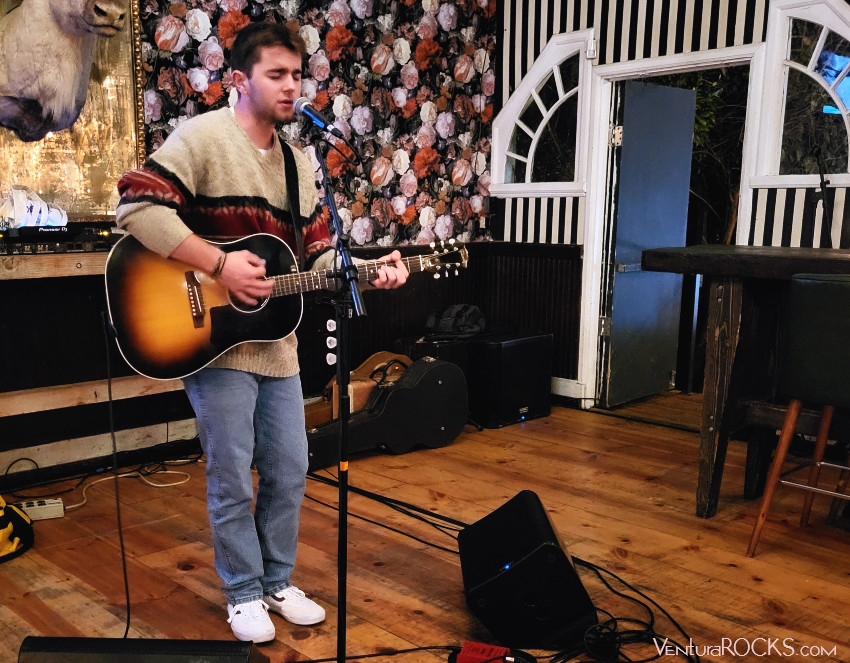 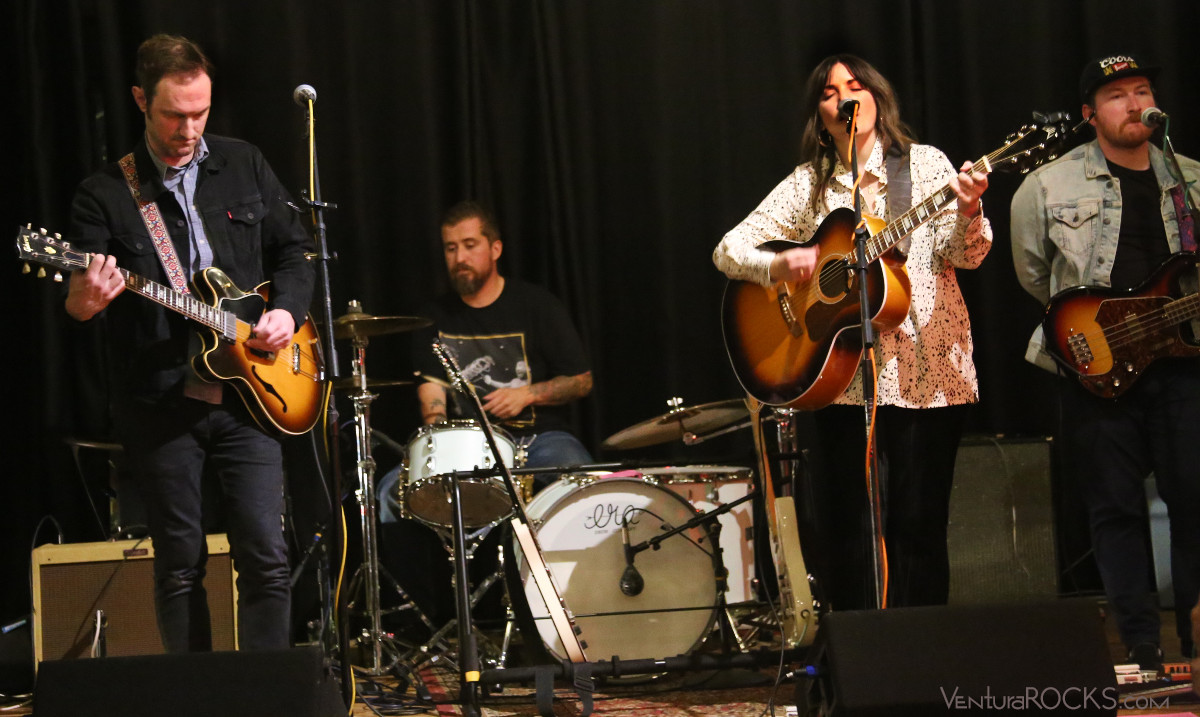 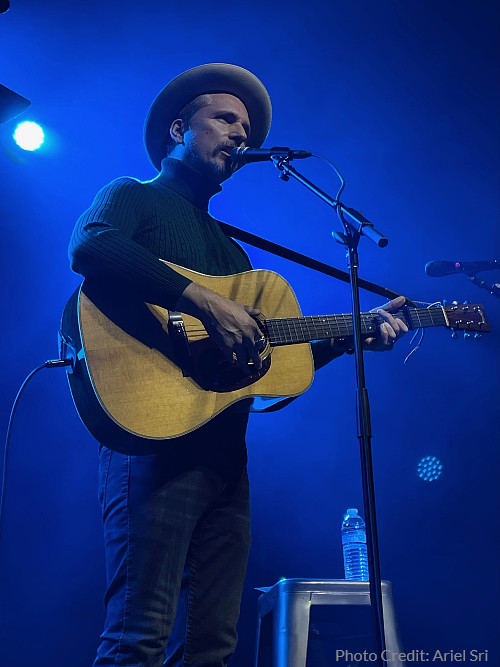 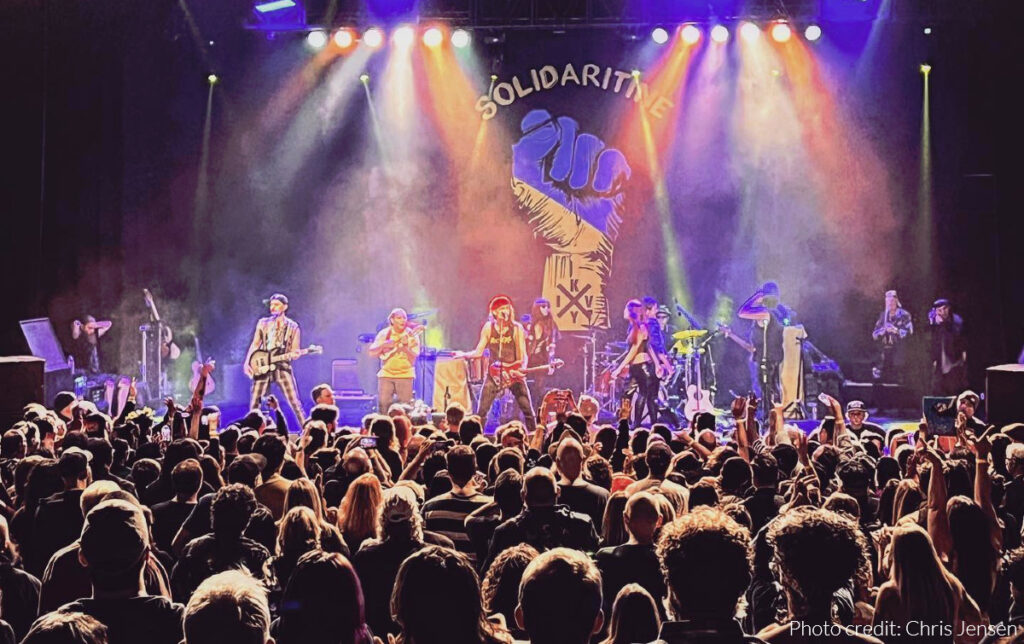 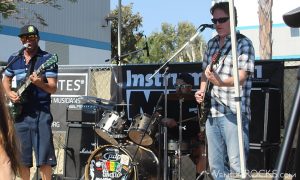 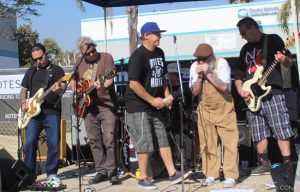 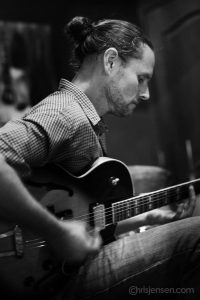 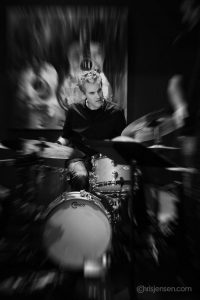 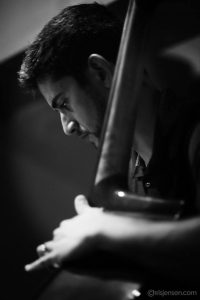 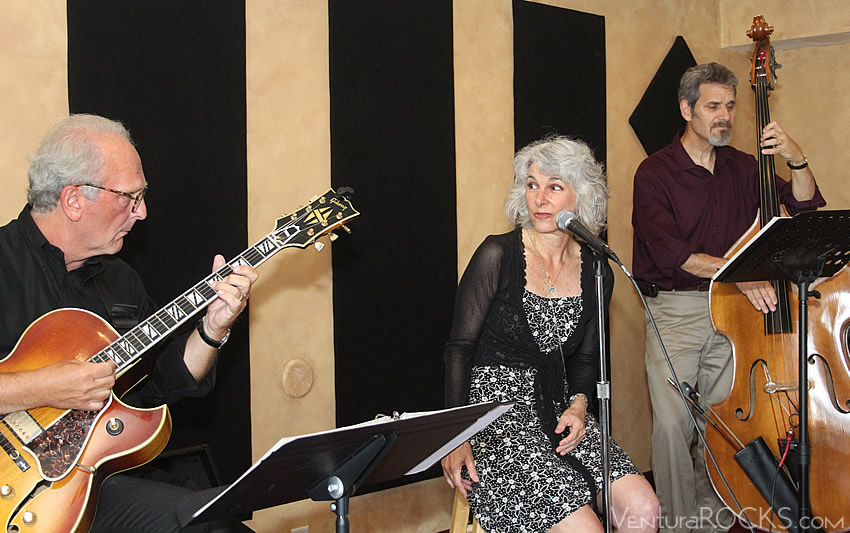 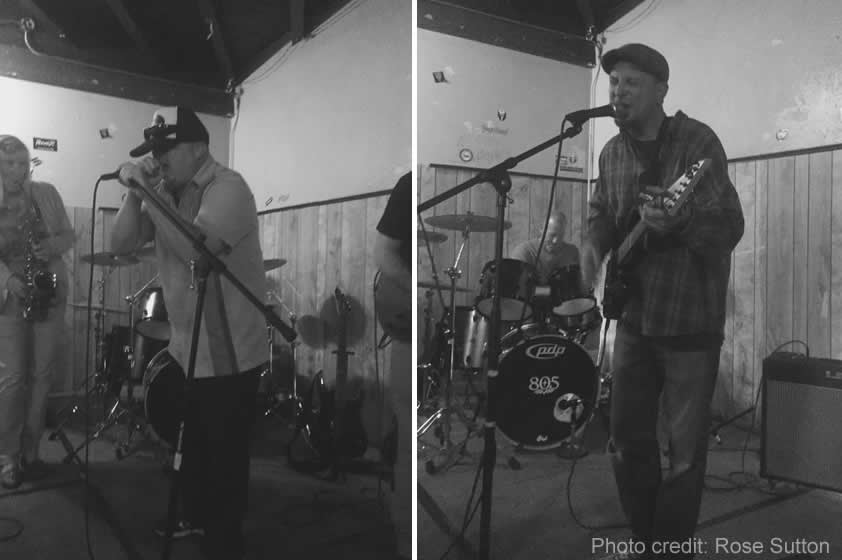 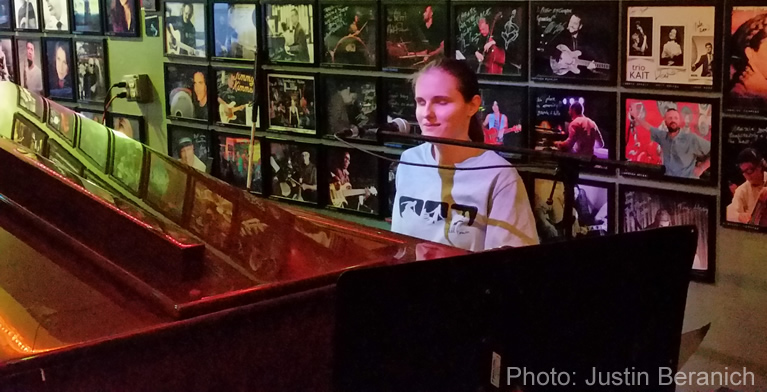 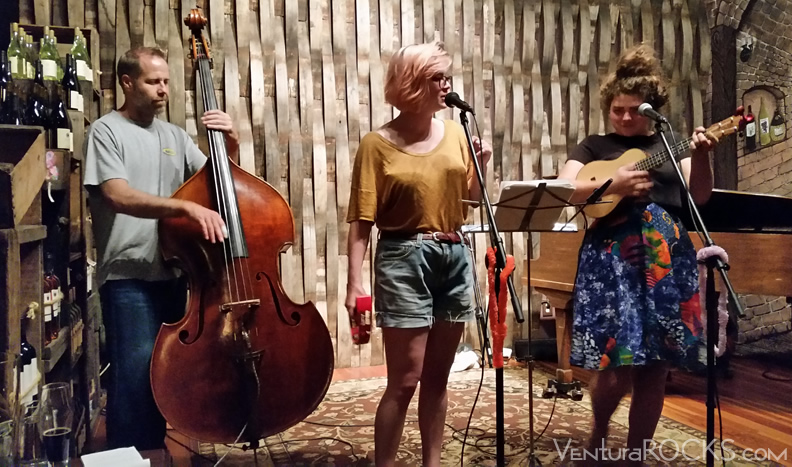 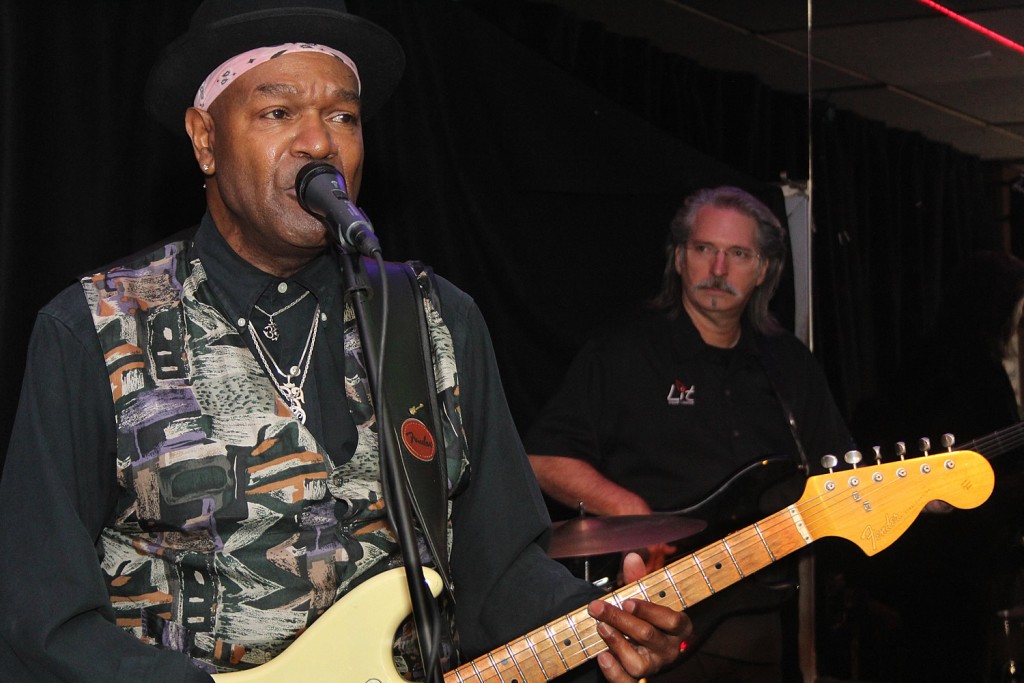 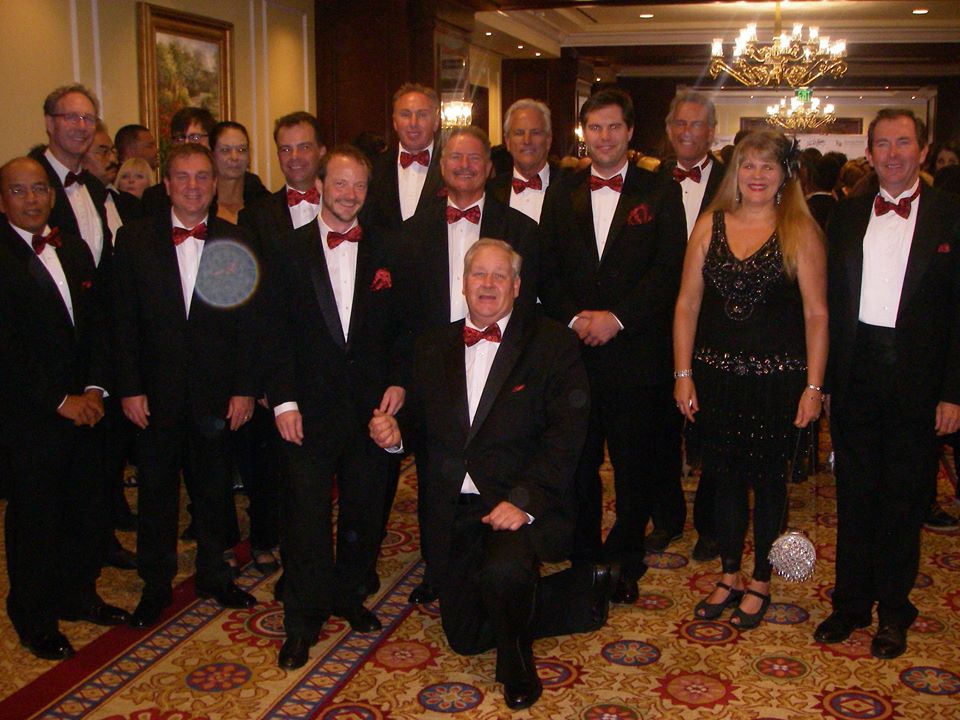 It’s good to have Alistair Greene back after hitting the road with Mickey Thomas and Starship earlier this month. Thomas is the voice behind such hits as “Jane,” “Find Your Way Back” (Jefferson Starship), and “We Built this City” as well as “Sara” (Starship). Greene told me, “I’m very fortunate to have the chance to play with such a legendary singer and band as Starship featuring Mickey Thomas. I’m filling in for my buddy John Roth who is on tour with Winger at the moment. Mickey and the band sound amazing, and it’s a blast playing all those great hits from his career. He still sounds like he did in the 70s!”

Nothing like a big band dance to get you into the holiday spirits! Ventura Jazz Orchestra’s Holiday Swing soiree with the vocal stylings of Donna Greene will be at the Poinsettia Pavilion on Friday, December 5, featuring great songs from all eras you can dance to. Call for ticket information at (805) 648-1143.

Speaking of a throwback to a “simpler” time, The Saloon BBQ at 456 E. Main Street will be throwing a bash also on Friday, December 5, with a Prohibition Repeal party, “The 21st Amendment Jubilee”. There will be beverage specials all day long with live music starting at 8:00 with The Rachel Sorsa Band and their 1930’s style of jazz.

Chris Jensen from 50 Sticks of Dynamite gave me the head’s up about a project he’s been working on with fellow Ventura musicians, Evan Gosworth, Roy Katnic, Paddy Marsh, Brad Strickland and Gary Sula-Goff. It’s a Grateful Dead tribute band called Nine Mile Skid. They have a couple of dates lined up including December 10 at Green Art People, then on December 28 at Amigos’s on Main Street.

Under new ownership, Rock City Studios in Camarillo will be pulling out all the stops for their grand re-opening on Friday, December 5, with the national touring act, Dead Sara. The Galvanized Souls will open the show.

The Golden China is offering more music more often along with their nightly Karaoke. Thursdays continue to offer swing, Fridays have a DJ with Cumbia music and now Sunday evenings will be devoted to Reggae. Don’t forget they have an open mic night Tuesdays starting at 6:00 with the back line provided.

The whole family will enjoy the street fair along Main Street in downtown Ventura on December 6. What a great way to get unique gift ideas for the holidays including the highly prized VenturaRocks.com t-shirt! The Winter Wine Walk kicks off at 4:00 with snowfall at California and Main beginning at 6:45. Music will be provided by The Bomb, The Midnight Band and the British Beats.

And finally, congratulations to Todd Hannigan on his recent marriage to artist Brigette Lopez. They tied the knot in November in Ojai. I can’t wait to hear the music she’ll be inspiring out of him! 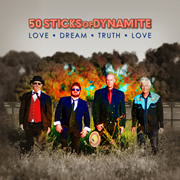 One of the coolest things about Ventura’s music scene is that you really get to know the bands and the more you go out to support their shows, the more you get to know their original songs, so it’s always a treat when one of our local favorites comes out with a CD to enjoy on your own time.

I’m a huge 50 Sticks fan.  But here’s the funny thing, there are a handful of instruments I can normally do without, such as the accordion or the bagpipe, and I use to add the banjo in there; I use to equate the banjo with the old school TV show, “Hee Haw”, but then I had seen a number of performances by Steve Martin which just floored me.  So I’ve developed a respect for banjo playing over the years, and with a more open mind, I was primed to fully embrace the banjo when I first saw Ian playing it during an early 50 Sticks show back at J’s (now Peirano’s) in early 2011.

This ain’t no bluegrass band, and it ain’t no country jam band.  This is straight-forward rock and roll.  The band describes their sound as banjo driven roots rock & blues.  Regardless, it’s the kind of music that inspires you to get off your ass and dance to their infectious tunes. 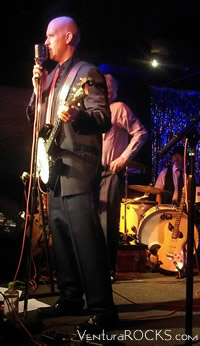 50 Sticks released their second album this year called, Love Dream Truth Love.  I’m completely jazzed to include in my private collection of local music songs like “Far Away,”  “For You,” and the title track “Love Dream.

“Far Away” reminds me of a classic movie or an old relationship which you can count on for getting much needed comfort.  It just feels right;  I love the line, “Yes I’m gonna find you baby and make your untamed heart my own” in the song, “For You.”  The tune seriously drives me to dance which is always a fun thing when you’re seat belted behind the wheel driving down the 101; The title track, “Love Dream Truth Love” is the quintessential rock anthem; and I love the harp on “What’s Next?”

The band is comprised of local musicians you’ve seen over the years in various
projects.  It’s extremely cool when you bring four guys together and it just clicks.

And though I still prefer to see the boys play their tunes live, the CD will keep be satisfied until the next we meet.