It’s good to see people out enjoying live music again.  We still need to follow the rules as we head towards summer and with any luck at all we’ll put this pandemic behind us once and for all. I’m happy to report that Margarita Villa and Boatyard Pub are ramping up their music calendars but the writing’s on the wall numbering the days for Concerts in your Car, though they recently added Vanilla Ice with Tag Team #WhoopThereItIs for Saturday, June 26, which could be their final show.

In this issue of the Breeze, I have a Part Two of a Two-Part Interview with local artist Natalie Gelman who is releasing Moth to the Fame this month. Natalie talked about her background, lessons learned to date and working in the studio in the last issue, this time we learn more about her new release Moth to Flame, her mentors, and oh yeah, that time she opened for Bon Jovi.

Pam Baumgarnder: Tell me about your mentors.

Natalie Gelman: I’m lucky that many of my mentors are also my friends. I’m always so inspired by writing with Charlie Midnight. We’ve been collaborators for over 10 years now. He is a lyrical genius and has made me a better songwriter.

I love being inspired by my singer/songwriter friends and we all kind of mentor each other. Nathan McEuen, who many people in Ventura know for his great work as an artist, is a dear friend of mine and has pushed me musically as we’ve toured and shared stages together. My friend Rebecca Loebe is another singer-songwriter who I’m often in contact with about some aspect of the business or something artistic. It’s important to have those relationships to help make sense of this often-strange journey in music and lift each other up when things are rough.

How long has Moth to the Flame been in the works?

Natalie: I started recording this one seven years ago. It’s crazy to think that it’s taken that long to get to release but everything in the music business takes longer than you think it will. I wanted to have certain people play on it and it took time to get them in the studio when they were home from tour. Then I decided I wanted to do a lot of the editing on it myself and I didn’t really know how to do that when I started so that took a while to learn. Lastly, I decided that I was done and exhausted from doing everything myself as a DIY musician and I was adamant that I needed a team to help release this music and give it the best shot of being heard. Through a series of events, research and hard work I built a small team around me that I’m proud of and hopefully they will help the songs have a small chance of cutting through and reaching more people.

Is there a theme at work on this one?

The main theme on this album is the same as in so much of my music, which is not to give up on yourself or your dreams no matter what. I’ve had my share of hardships growing up and in my adult life but hope and the pursuit towards my dreams always carries me through and pushes me onward.

That isn’t to say that I don’t get down and a lot of the songs on the album are written from a place when I was feeling sad about something and trying to make sense of it all and lift myself up. Music is so often my therapy and release, it’s a way to make sense of the world. Sometimes I get really lucky and the lessons I find in writing about it serve as reminders each time I play the song.

Tell me about your producer and the players on it.

Charlie Midnight and I produced it together. He’s incredible and I’ve already mentioned his songwriting but he’s also very well-known and respected as a producer. He’s produced albums for Joe Cocker, Hilary Duff, Whitney Houston and others. 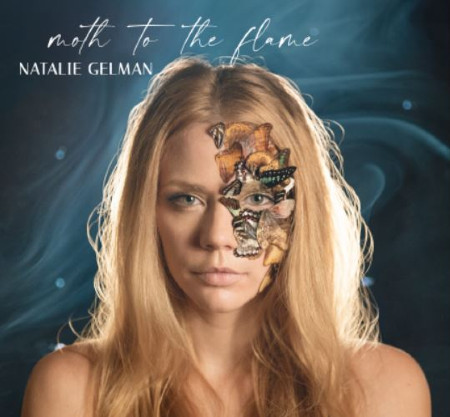 The players on the album are all top notch. The backbone of the album is Curt Schneider on bass and Blair Sinta on drums. The two of them play for Sara Bareilles and Melissa Etheridge respectively as well as many others. Tim Young played guitar on the album and has backed up Beck and Fiona Apple who is one of my influences and is now the guitarist on James Cordon. Dave Palmer played keys and he’s also played for Fiona as well as Patty Griffin who is one of my absolute favorite singer-songwriters.

The guest artists on songs include Nathan McEuen who lent his wonderful banjo playing to “Heavy Heavy Heart,” the most recent single, and “Some People” from the full album. Jason Frazier, a Ventura treasure, played harmonica on “Won’t Matter Anymore,” a song that Bernie Grundman insisted in fitting on the vinyl in our mastering session. Fernando Apodaca who often played around Ventura with Todd Hannigan played his gorgeous and dreamy violin on a few songs on the album too.

What sort of plans are in the works to market it?

Things are a little strange now still because of Covid but I’m hoping to start touring with it in late summer and the fall. Right now, the focus is on sharing it out online. I’ve been collaborating with by husband, Brent Florence, on music videos for the album and I am dreaming up creative plans for the release so it’s still special even though it’s not a traditional album release.

You have Live from Quarantine available on your website; what’s the backstory on that?

Thanks for asking. That’s a free “live” album that I give away. I’ve been sharing a free live album every year on my birthday in July for the last 6 or 7 years. Past releases have come from Chicago, London, New York, Los Angeles and more. Because we were all in lockdown, recording the “live” album at home was the best I could do. Maybe if we’re still somewhat in lockdown on my birthday in a few months since venues haven’t really opened up again yet I’ll have a Live from Quarantine part 2.

I’ve always wanted to ask you about opening for Bon Jovi.  How did that come about?

That was so awesome, one of my favorite memories that I’m sure will last for years to come. Thanks for asking about it. The band actually runs a contest where they choose a different local or regional act in each city on their tour to open their arena show. I was selected for their Sacramento date and it was an incredible experience.

The whole team was really nice and as I finished my last song, I was relishing the moment and thinking; “what song do I need to write so I get a chance to do this again?” It was all just incredible to play my music for that many people and to meet Jon and his team.

I’m really looking forward to following your career and wishing you nothing but the best.  Do you have any closing thoughts you’d like to share?

Aww thank you! That means a lot to me. I really appreciate the time to chat with you and everything you do for the local music community. I think we’re so lucky here in Ventura to have so much amazing local talent and venues. I know everyone has been starved for live music this past year and believe me that all the artists want just as badly to come out and play for you too. So, when things open up, please do come see the shows and support your local music community.

I’ll definitely be out there with this new album and I’ve been writing lots of songs this past year during quarantine so it won’t be long before there’s even another one from me! If you want to order the album or pre-save the music visit my website nataliegelman.com to find the links. Thanks again for talking to me today!

Do you have any music-related news or upcoming shows you want help publicizing? Please send all information short or long to Pam@VenturaRocks.com, and for updated music listings daily, go to www.VenturaRock.com