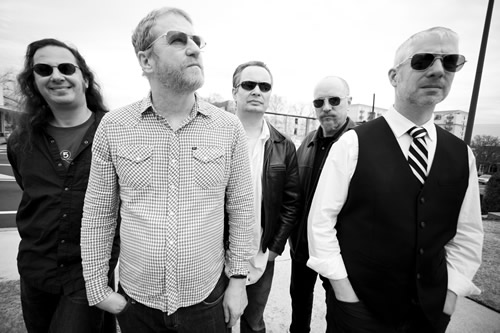 Ventura will be the first of three shows in preparation for PioneerTown Palace, the band’s 8th annual end of summer camp out near Joshua Tree.

Ventura Rocks:  We caught both Cracker and Camper Van Beethoven last summer for Indie West Fest at the Fairgrounds.  It was extremely cool being able to see both bands on the same bill.  And now Camper is returning for an intimate show at Zoey’s.

David Lowery:  Yea, We really enjoyed that.  There’s a long history between Camper and Cracker stopping there in Ventura playing the Ventura Theater and even before in some weird places in some small bar off of downtown in the 80’s with Camper.  So a lot of history with the area.

Ventura Rocks:  You have a new album coming out.  Can you let Camper fans know what to expect along with trying to explain the vibe that is Camper Van Beethoven to those who are not familiar with the band?

David Lowery:    Well Camper Van Beethoven originally came out of the punk rock alternative scene.  We have a lot of sort of exotic sort of folky / hillbilly, old gypsy music sort of element to what we’ve always done.  I don’t know how that all really came about.  We just kind of mixed those things together…the punk and early alternative sort of folky things.  And we’ve had an enduring following since the mid 80’s all over the world.

This album we have coming out, it’s pretty much laid right up the middle of what Camper does.   It’s a lot like our other records, but there is a sort of California scene to the whole record.  We’re not sure how that came out, it’s not a “California Girls” sort of record, but maybe a “Northern California Girls.”

Ventura Rocks:  What can we expect at Zoey’s?

David Lowery:  We’ll be playing a half a dozen songs off the new album a dozen or so off all the other albums.  It will be a good mixed bag.  We haven’t played in a few months.  We have our festival that happens that weekend out at Pioneertown out by Joshua Tree

Ventura Rocks:  Yea, it sounds amazing.  How many people do you get up there?

David Lowery:  It’s not a really big place.  It only really holds about 700 people in the immediate area, so we sell 700 tickets, sometimes more people show up.

We’ve been doing it for eight years now. It’s a lot of fun.   But we were thinking we needed to do some warm up shows before this.  Cracker has been playing all summer but Camper Van Beethoven hasn’t been playing.  And so we wanted to do some warm up shows and we’ve had a long history of playing in Ventura so we thought we’d would play there.  Plus I don’t know if people know this, but the crew that works for us are all actually from “The Nard” or Ventura.

Ventura Rocks:  (laughs) That’s right!  The Nard.  So how much social media does Camper use?

David Lowery:  We use all that stuff.  You know it’s not like Camper Van Beethoven is all over the Television or the Radio, so this is the way they find out about us.

Camper Van Beethoven will be playing at Zoey’s on Monday, September 10, 2012.  Visit Zoey’s official website for more information and to GET YOUR TICKETS NOW.