On the Street Where You Live
by Pam Baumgardner 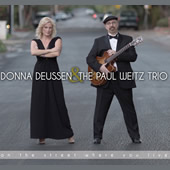 I was given a copy of Donna Deussen & the Paul Weitz Trio’s new CD by our good friends at Squashed Grapes where one of the band’s CD release parties was scheduled. I popped in the CD and “California Dreamin'” came on. The first thing that caught my attention was Donna’s amazing voice; it’s smooth as silk and sexy as hell.

I’ve spent a lot of time with this one cruising around and while working on the computer and though I have no chance at hitting those notes, I find myself singing, trying to imitate Deussen in the privacy of my own home (or with the windows rolled up); well there’s always my next lifetime.

The musicianship is top notch and Weitz’s guitar work is fluid, skilled and unpretentious as the band compliments each other so very well.  Bringing into the mix some horn work from Nudell and Wayne was brilliant as well.  So very well produced.

That bass line on “Do Wrong Shoes” and the smooth jazz guitar coupled with extraordinary vocals is completely seductive. I’m also loving the Joni Mitchell classic, “Both Sides Now,” “The Very Thought of You,” but if I were pressed for a favorite, I’d have to go with the mash up of “Black Coffee” / “A Night in Tunsia.”  The pace is picked up slightly and intensely as the sax work closes the deal for me.

I always know new music strikes a chord with me when I can envision listening to it on a hot summer day cruising the coastline in a convertible as I do with this one; but I can also envision orchestrating the perfect intimate candlelight dinner for two with this as the backdrop. “On the Street Where You Live” from Donna Deussen & the Paul Weitz Trio will fit in quite nicely to your music collection. 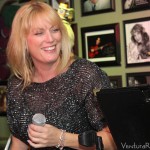 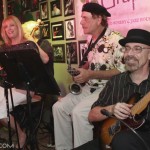 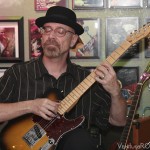 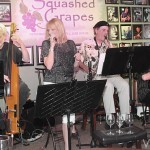 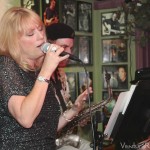 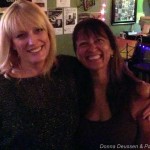 On the Street Where You Live was produced by Paul Weitz & Donna Deussen recorded at DBW Studio, Woodland Hills, CA.