CONCERTS IN YOUR CAR

Moorpark has thrown their hat in the ring and the City has hosted a handful of live drive-in style concerts at Arroyo Vista Community Park (4550 Tierra Rejada Road). They’ve hit a couple of bumps in the road and had to cancelled their most recent one, but let’s keep our fingers crossed for their next scheduled concert on Sunday, September 13 featuring The Trip with Rock ‘n’ Roll from the 60s to today. The show runs 6 -8 pm and the cost is only $20 per car; preregistration is required which can be found on the City’s website at Moorparkca.gov on their Parks & Rec’s page.

The Canyon at the Oxnard Performing Arts Center continues offering reggae on Sunday evenings dubbed Reggae Knights as well as other shows coming up such as Little Willie G (the voice of Thee Midniters) on Friday, August 28, Queen Nation on Saturday, August 29 and Led Zeppagain on Friday, September 4.

And of course, our own drive-in concert venue here in Ventura at the Ventura Fairgrounds continues to offer live shows with Fitz and the Tanrums on Saturday, August 29, A-Trak, Ruckus and Tay James on Sunday August 30 and Tower of Power with Los Lobos on Sunday, September 6. For the FAQ and ticket information as well as other dates for movies and such, go to the official website ConcertsinYourCar.com.

Another Sky – Q&A with Kelly Zirbes of Kelly’s Lot

The uber talented Kelly Zirbes of Kelly’s Lot never ceases to amaze me with her seemingly never-ending supply of energy and creative outflow. She is always working on new projects, writing and performing and keeping in touch via social media as much as possible with her fan base. She sent me her latest release called Another Sky which only solidifies my opinion of this woman. Kelly and Perry from Kelly’s Lot will be my next guests on the VenturaRockSpot (VenturaRocks.com), but meanwhile, I thought I’d ask her a couple of questions for the Breeze.

Pam: I’m mostly familiar with your blues releases, how would you describe the genre of this release?

Kelly Z: Another Sky is mostly a Contemporary Folk and Americana release. 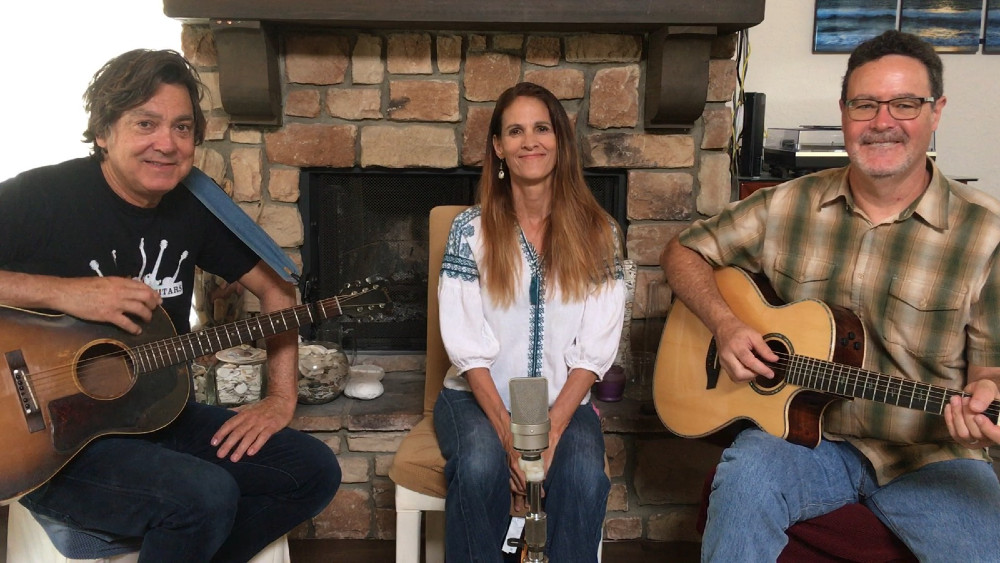 Was this something you’d been working on, or did the recent pandemic, social unrest, or elections have a part in your songwriting choices?

Kelly Z: I had already written these songs when the pandemic started but two songs were written about the frustration in politics today. “Freedom” was written about how extremism robs you of your freedom and “Hurricane” was written about the madness of a divided country. We had also written an Irish jig for Ventura’s Saint Patrick’s Day parade but that was canceled. Back in March I didn’t think these songs would be recorded for a couple years. We were planning on doing a full band blues recording but because we were locked down it was going to be difficult to get everyone together to work out the parts. So, we decided to try and do something acoustic and we reached out to our neighbor Doug Pettibone to see if he would like to co-produce and play on the project. He was on board having had lost a few jobs himself.

So then, who all gets producing credit

Kelly Z: It was recorded in Doug’s studio in Oxnard and in the Kelly’s Lot studio in North Hollywood.

Who all were involved in the project and in what capacity?

Kelly Z: Deciding and arranging what instruments we wanted to put on these songs was very organic. We first started with Doug and Perry both on acoustic guitars; Doug then added pedal steel, slide guitar, and mandolin. After that the songs started to feel a certain way and we could hear what was missing. We also wanted to make sure we included every member of the band on at least one song and that helped fill in many gaps. Art Mendoza on drums, Matt McFadden on bass, Rob Zucca on guitar, Bill Johnston on clarinet, Aviva Maloney on penny whistle, Frank ‘Cisco’ Hinojosa on harmonica, Jeri Goldenhar doing some background vocals and for standup bass we used Paul Kennedy and David Grover. We brought in Aubrey Richmond on violin and Phil Parlapiano on accordion to round it all out. We ended up with two duets featuring Doug Pettibone and Rick Monroe from Nashville.

You’ve been sharing a lot about the song “Butterfly;” what’s the inspiration behind it?

Kelly Z: “Butterfly” was written the day after Prince died. Like I do every once in a while, I have asked my fans on Facebook to give me a word. Butterfly and Purple came up right away and the song was written rather quickly. As I wrote it, I remember thinking of my mom and my brother and so many musicians we have lost in the past couple years. It is a song to lift up someone form the grief of losing a loved one or maybe even a musical mentor.

You’ll be hosting a CD release party at Four Brix?

Kelly Z: Yes we are doing a live online acoustic concert at Four Brix Winery in Ventura (Friday, August 28). Because of Covid, there will be no “in winery” audience. It will be a Facebook live concert hosted on the Four Brix Facebook page. They are offering a meal and wine for pickup to enjoy during the concert at home or in your backyard. We are both promoting it on Facebook and through our mailing lists. If you want more info call the winery at 805-256-6006, visit the Facebook page or email them at info@fourbrixwine.com.

Kelly Z: It feels good to go back to my singer/songwriter roots and do an album of folk, roots rock and americana. Luckily Doug and Perry guided me through this in a way that brought out a deeper yet brighter version of my songs. They are both great at arranging and even participated in some of the writing. I also brought in my team from other releases, mixer Fred Paragano, mastering engineer Mike Michner and graphic artist Evie Cook. You can buy the CD or a download at my website KellysLot,com or a download at iTunes on August 28. It will also be on Spotify, Apple Music and a few other online platforms.

A BIT OF THIS AND THAT

Congratulations to 50 Sticks of Dynamite on their 10-year anniversary together as a band.
Alastair Greene will have a new release this October called The New World Blues produced by Tab Benoit. Dan Grimm has a new EP ready to release, as does the Colette Lovejoy Band; details coming soon.

Tommy Marsh’s Crooked Eye Tommy CD release party was a bittersweet affair as he introduced the band’s sophomore release, Hot Coffee and Pain, but the show was also his final show as a resident of Ventura County. We wish him well on his new adventures as he and Tammy pack up and move to Nashville. But not to worry, he assures us that he will return for shows after this pandemic is over.

And finally, Serena Ropersmith just sent me new music to play on the Pam Baumgardner Music Hour. She recently released Sideways which was mostly inspired by her experiences at Ventura High School (she now attends Cal Poly) and she plays piano on every song. I love that her dad is Kent Bones, drummer for Birdbrain, and he plays on a couple of her songs and it was recorded with Armand (Night Demon, New Liberty) at the Captains Quarters.

Don’t forget my radio show airs Tuesdays and Fridays at 5 pm and Sundays at noon at 104.1 FM here in Ventura on KPPQ-LP, or you can use your smart device and listen using the MyTuner radio app or listen online at CapsMedia.org/Radio.