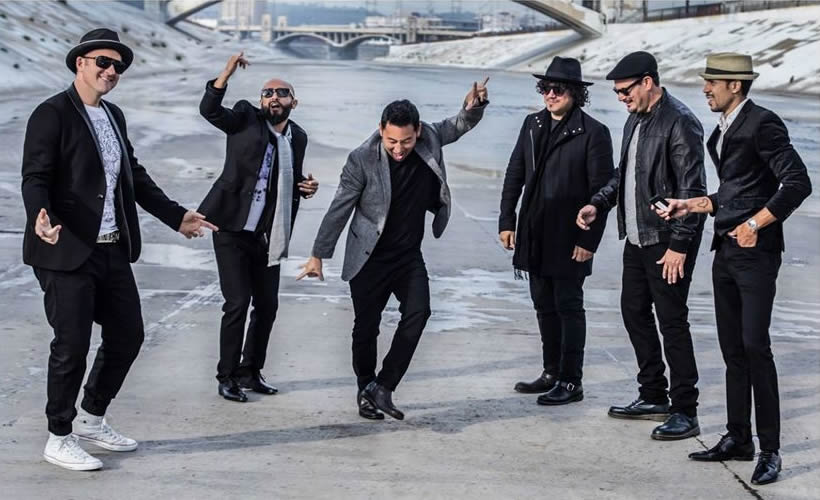 Congratulations to 16-year-old drummer, Alex Smith, winner of the Ventura Music Festival’s 2015 Student Jazz Competition; Smith earned the privilege of performing with Ozomatli when they perform at the Ventura College Stadium on Sunday, May 3.  The Ventura Music Festival officially kicks off Friday, May 1, with a free concert at 6 pm at the mini-park at the corner of Santa Clara and California featuring the Festival Brass Quintet.   The complete listing for events held throughout the City can be found at the VMF’s official website (www.VenturaMusicFestival.org).

Cinco de Mayo always brings out revelers but there should be an extra added abundance of Latin pop lovers downtown attending the Kinky concert at the Ventura Theater.  The band out of Monterrey, Mexico, has been on an aggressive tour in support of their MTV Unplugged Album and DVD which was released a couple of months ago.  Kinky just headlined a festival at SxSW and they’ve been featured on numerous soundtracks and TV commercials.

I caught up with Ryan Cabrera before his show at Discovery, kicking back on his tour bus with vaporizer a blazing to help preserve his overworked vocal chords (he had to cancel his Souix Falls date). Cabrera’s new EP, “Wake Up Beautiful” features the single “House onFire” which has been receiving radio airplay and is catchy as all get out.  We talked about the virtue of buying a whole album as oppose to just buying one of the singles. “When I write an album, I don’t write three singles and then a bunch of ‘fillers,’” he explained. “Every single song to me is really important.  I spent as much time on the deeper cuts as I did on ‘House on Fire.’”  If you missed the show, you can pick up his EP via iTunes or Amazon.  By the way, Aaron Carter’s show has been rescheduled for June 19.

Adam and Josh over at Squashed Grapes gave me the lowdown on shows to watch for in May, so if you know your drummers, then you won’t want to miss Bernie Dresel when he performs with the Jerry Vivino Quartet (Vivino from the Conan O’Brien show) on Saturday, May16. How cool would that be if they performed “Whiplash” or “Caravan?”  And while we’re on the subject of drummers, Danny Carey of TOOL returns with Doug Webb on Saturday, May 30. The downbeat is always scheduled for 7 pm with live jazz music at the Grape 7 – 10 pm Wednesday through Saturday with Jazz Jams on alternate Tuesdays.

And finally if you’re into burgers, beers and music, then you won’t want to miss this year’s Hamburger and Hops Music Festival May 2 at the Collection in Oxnard.  The Main Stage will feature music from The Bomb, The Midnight Band, Upstream and Road Brothers; however, the VIP Lounge will have a special appearance by the band Kalyde.