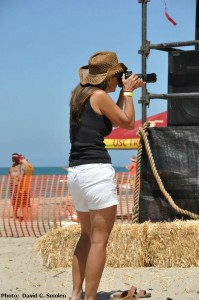 But before we do, and before we get anybody’s panties in a bunch, I want to put out there first and foremost, SHARE my photos. I have never turned down anyone’s request to use my photos for their own promotion of their band or for their venue or just for fun. NO ONE.

Also, I would like to note that most musicians and venue owners are incredibly sensitive to this issue and go above and beyond the call of duty when using a photo I’ve taken.

So here’s what inspired this post: today while perusing my Facebook News Feed, I spotted one of my photos I had taken over the weekend, but something did not look quite right. The colors were faded and it had been cropped.  Honestly, I can live with that. The faux pas? This individual cropped off my watermark, and they didn’t give a photo credit or a thanks for the photo. THEY CROPPED OFF THE WATERMARK.

I have no doubt that this person had no idea they had offended.  I’m certain that there was no malice in their action.  I’m sure they thought it completely harmless and probably didn’t even realize they had done anything wrong, and for that, I don’t take this personally; but I have had discussion with photographers on this very matter.  Also, I know there are a small handful of musicians who are not clear on who owns the photo of them. So I thought I would take a moment and talk about etiquette and a little bit about copyright laws when it comes to photography.

I’ve seen photographers give long-winded notice that their photos are copyrighted and how you may or may not use their photo and blah blah blah.  Honestly, if I were that worried about people using my photos incorrectly, I would never post them on the internet let alone Facebook!

At first I thought professional photographers shouldn’t even post their photos because there is no way you can police everyone on the internet.  But then I realized that they could use Facebook as a tool to show off what they are capable of creating in the hopes of getting hired someday.  I truly believe that professional photographers deserve to be paid for their art; just as musicians should be compensated for theirs.

I asked a professional photographer friend of mine if this happens to her and she pointed out it happens all the time when people use one of her photos for their profile shot.  I can now hear most people asking themselves, “Holy shit! Have I done that???”

You know I don’t expect to make my living off the photos I take.  I do what I do to help promote Ventura’s music scene. AND, on the very limited occasions I have posted a photo on VenturaRocks.com that was not taken by myself, I first asked for permission, and then I give the photo credit.  The same with my article in The Ventura Breeze.  I basically watermark to further the promotion of Ventura’s music scene. I don’t use my personal name, Pam Baumgardner.

I post photos one of two ways, either directly from my crappy camera phone which I haven’t figured out how to watermark, or I post photos I’ve taken with SLR Canon which I’ve cleaned up and watermarked with “VenturaROCKS.com”.  So it came as a big surprise to me when I saw the photo cropped and no photo credit given.  Couldn’t they have just “shared” it?  That would have shown where they got the photo from.

The bottom line? I am the copyright owner of every picture I take, watermarked or not.

Prior to 1978, court cases said a customer who commissioned a photo was the employer of the photographer, so customers could get reprints made without any problem. In 1979, the U.S. Supreme Court said that was no longer true. To be an employee, the court said a person would have to be considered an employee under the traditional tests such as are used to impose payroll taxes, social security, and similar laws. That is not the usual customer-photographer relationship.

The U.S. Constitution and the Federal Copyright Act give “copyright” protection to “authors” for their “original works,” such as photographs. Among the protections that copyright owners have are the exclusive rights to:

Make copies of the work
Prepare other works based on the original
Distribute copies of the work to the public by sales, rental, lease, or lending
To publicly perform and display the work.
These rights are protected by laws which provide for damages and criminal penalties for violations. Both the customer and the lab are subject to the law.

I understand the confusion, after all it’s the person’s image for crying out loud.  I understand why a musician would think they have the right to use that photo, it’s them!!  But the law states the photographer owns the right to the picture, not the subject, so it’s not only common courtesy to ask for permission to use it for promotional purposes, but it’s actually the law. 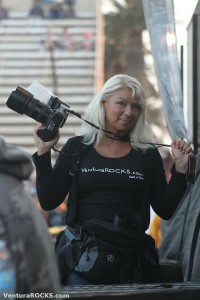 And as for the legalities of taking pictures?

“Anyone in a public place can take pictures of anything they want. Public places include parks, sidewalks, malls, etc. Malls? Yeah. Even though it’s technically private property, being open to the public makes it public space.” *

Of course I’m not naming names.  I’m not even going to contact the musician who was the catalyst of this piece. If you know who it was, please don’t embarrass them.

I am here to serve this incredible music community.  And again, helping musicians better understand a photographer’s rights, only helps serve them better in the end.

11 thoughts on “A Photographer’s Rights”