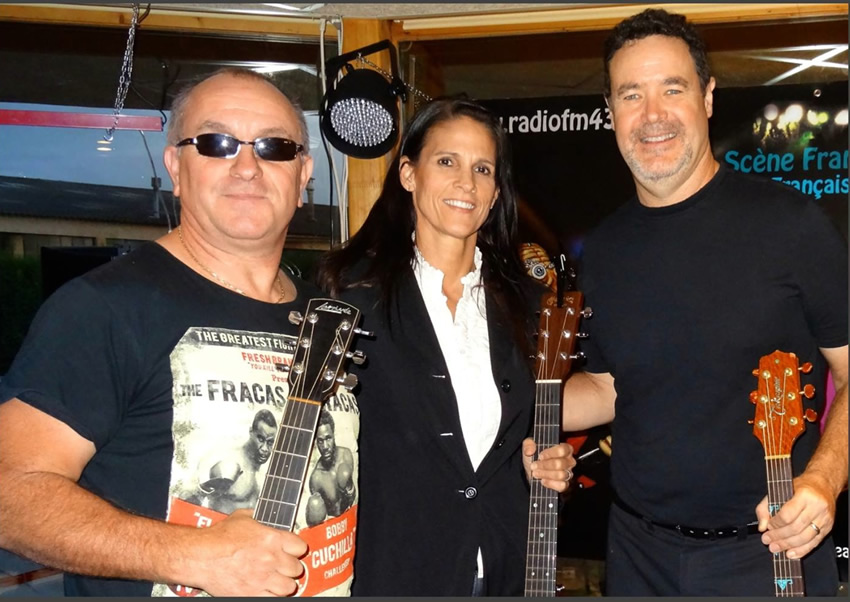 The good folks that bring you Ventura’s Wine Walk, Champange on Main and Tequila and Taco Music Festival have moved the latter from the Collection to Ventura’s Plaza Park! The event will run over two days July 23 and 24th with music from Adelaide, Patron Latin Rhythms, Instone, SambaDá and Metalachi. More ticket information can be found at tequilaandtacomusicfestival.com/ventura.

Nashville singer-songwriter Don Gallardo will be performing at Saloon BBQ on Friday, July 29. Gallardo, who’s just recently back from another successful UK tour, will be playing select shows outside of his home base of Nashville to celebrate his summer US release of his acclaimed album, “Hickory” (four stars from MOJO Magazine and named one of the best albums of 2015 by The Telegraph).

It’s the final dates of the Ventura Music Festival with Sergio Mendes, a Celebration of 50 years of Brasil 66 at the Oxnard Performing Arts Center on Friday July 22, and the last two dates will be held at the Ventura College Performing Arts Center with Ventura Music Festival’s musical director, Nuvi Mehta & Friends on Saturday, July 23 and wrapping it up will be a program entitled “Composers and the Movies” on Sunday July 24.

Music Under the Stars continues Saturday nights throughout the summer at the historic Olivas Adobe with New Orleans style boogie and blues from Porterhouse Bob on July 23 and Queen Nation’s tribute to the rock band Queen on July 30.

And finally, I caught up with the dynamic Kelly Zirbes of Kelly’s Lot who is super jazz that their good friend Jean Francois will be back visiting this summer.  I asked her about how their friendship between she, her husband Perry (Kelly’s Lot guitarist) and Francois began and Kelly told me, “I met Jean Francois in 2010 during a tour in France. We became instant friends and we decided it would be fun to share our love of music and community with each other. Perry and I have traveled to France three times since then to play shows that Jean Francois organized and promoted in the Auvergne region in France. The French community embraced our band so last year I invited eight friends from Ventura to join the band in France and the bonding of Auvergne and Ventura began. A couple band members and I even played on Jean’s new CD, “Death Valley Blues” which was inspired by his first trip to Southern California in 2015. At the end of July, Kelly’s Lot will host Jean Francois for 6 shows here in Southern California; two of which are in Ventura County. The first one is on July 29th at Four Brix Winery in Ventura and then on July 30 at The Maritime Museum in Channel Islands for the annual Oxnard event, Chowder Feat.