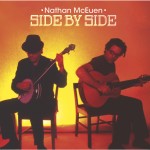 Let’s talk new music, local bands with new records include The Barrelhouse Wailers, Night Demon,  and Nathan McEuen who just got distribution through Fontana (Universal) and will be under the Mesa Blue Moon record label this spring.  Nathan just hit the road for his Rocky Mountain Tour through March.

If you were smart, you caught the Global Guitar Greats showcase last year during Ventura Music Week at the W Gallery.  These three amazing guitarists (Stephen Inglis, Thomas Leeb and our very own Shawn Jones) have gotten together to produce an EP called “Common Ground.” These guys are truly masters at their craft.

Records darn close to being released, “Butterflys and Snakes” from Crooked-Eye Tommy (Tommy Marsh) and “The Ballad of Johnny and June” from the Mighty Cash Cats. Michael Jay tells me the CD has several duets and originals on it; they’re in the processing of mixing it now, they’ll also be touring soon leaving for Ireland in March.  A hip hop release from Double Dragon is in the works featuring Ronnie Rivera and Joaquin Cortez.  Kyle Hunt is back on the scene and back in the studio with a new project called Brothers Fortune.  Phil Tibbs from Curtsy told me they’re in the mixing phase of their first release and they’re looking for an early summer release. Rene Ponce let us know that the Stoneflys are working out of Colourbox Studios recording their second release; Jeff Evans producer.  And it looks like KC Mobley (Nylus, Catwalk) has been working with Armand John Anthony (New Liberty) in the studio; that should be interesting!

And finally, what’s up with the new TOOL record?  Well you can personally ask Danny Carey, drummer, next time he plays with Doug Webb at Squashed Grapes which is Friday, February 13.

Just so you know, the good folks behind the Open Jam Night at Billy O’s have moved their jam night from Tuesday to Thursdays starting February 5 to The Garage on the east end of town and will continue marketing it as “Music Club”.  The first rule of music club:  No pre-existing bands.  The second rule of music club:  No Douche Bags.  Sounds right to me.

And finally, Riot Act Records gave me the head’s up that they booked a last minute show at Bombay’s on Thursday, February 5, with one of their acts out of Portland, Grand Lake Islands.  She said to think “Radiohead with a slide guitar.”  Touring with them is Robin Bacior whose new record “Water Dreams” was just premiered on CMJ (College Media Journal, THE indie bible).