We all have high hopes for 2021, so don’t let the first week of political turmoil get you down. I’ve been thinking about Ventura’s music scene over the past decade and at one point there were over 30 venues available for live music from the East end of town to the Harbor to Downtown to the Avenue. I miss places that would pack the joint like Bernadette’s, Billy O’s, Zoey’s, Blackbeard’s at the Harbor, Amigo’s, Green Art People, Surf Brewery, the Winery, Yolies, and now the Hong Kong Inn.

As we grapple with Covid-19, it will still be a while before we’re able to embrace live music like we use to do. And when we can, it’s totally up to music lovers to support the scene. If you ask any one of the past owners of any one of the venues who had to shut their venue down this past decade, they would tell you there was nothing like offering live music to a packed house with people spending money to keep their doors open. I’ve said it before and I’ll say it again, it takes three elements to make a music scene, the artists, the venues, and us music lovers. We can do this! 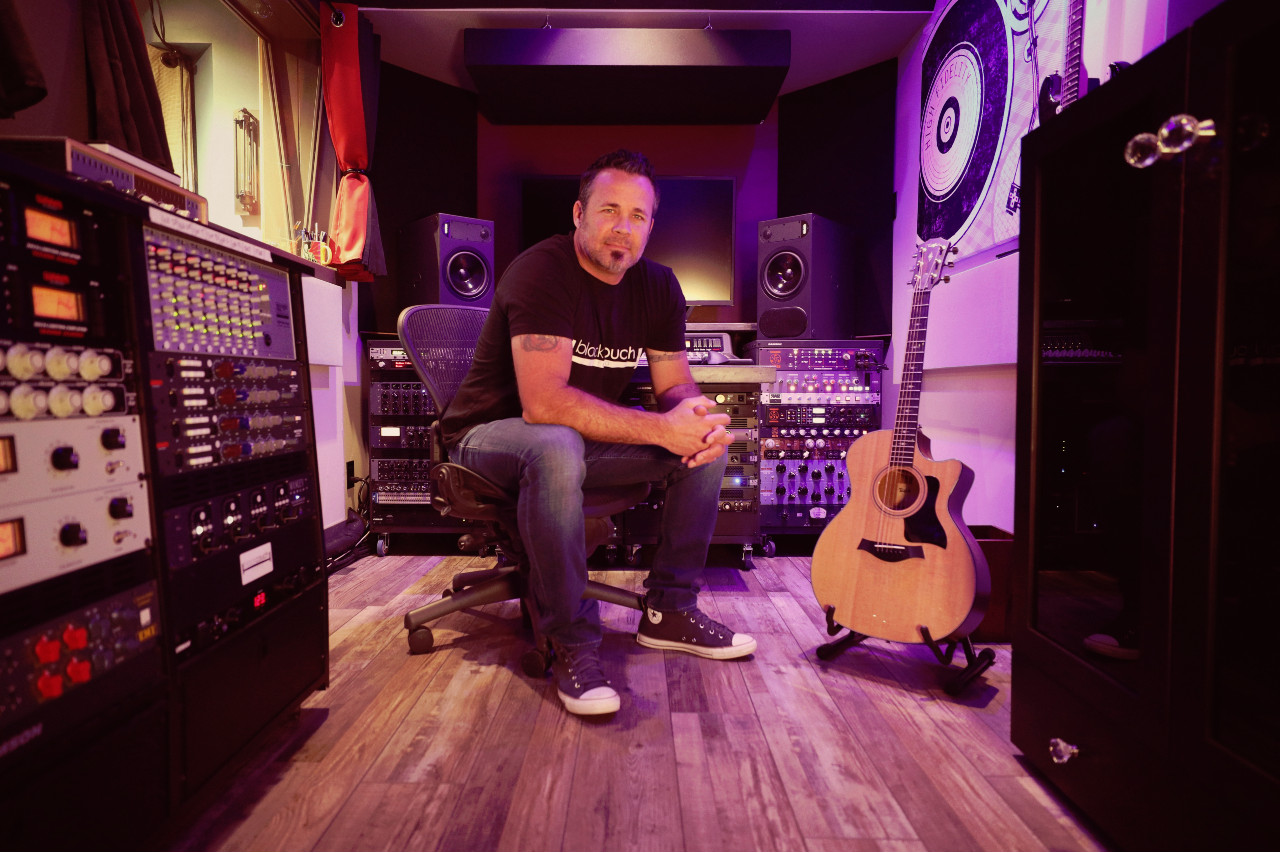 Meanwhile, I thought I would check with Ventura’s own, Guy Martin, to see what he’s been up to the past year. You can’t get much more homegrown than Guy, from the bands and projects he’s been a part of for over three decades, he’s seen it all. And now he has put together his own studio, Black Couch Studios, as another choice for musicians to record.

Pam: How has the pandemic affected you personally?

Guy: I’ll keep this one short because I have my own personal views on this pandemic, that could be argued otherwise. However, with my day job as a contractor, it has had no effect. Music on the other hand, we all know it has had a tremendous effect on this business. I’m lucky, I have my “essential” day job to lean back on. My other peers and colleagues that actually rely on music and performing to make a living….well, they are really feeling the effects of this pandemic. I feel bad for the entire performing arts industry. It’s going to be hard moving forward for anyone relying on performing to make a living. It’s so sad. I could go on and on about how I feel about these strict lock downs…but that’s another story for another day. It truly is a bit of a downer mentally for a lot of people, including me at times. We just have to persevere and keep our heads up as much as we can. Love your family, love your close friends, and while you’re at it…just love everybody. Love always wins.

Pam: It seems your Black Couch Studios has been doing well. Who has been in there recording new music this past year?

Guy: I am blessed to have such a professional and functional studio in my own home. I literally count my blessings every time I walk into my studio. With the shutdown of the performing industry, I feel blessed to still be able to keep my feet in the pool with use of my studio, both for my own projects and other’s as well. The pandemic has slowed the projects coming into the studio for sure. As of late, I did a project with a young talented player named Jayden Secor. He just released his debut EP, of which was recorded, mixed, and mastered here at BlackCouch. There is another artist, Court Kellum that is in the process of tracking some of his original songs here as well. He is another talented vocalist trying to release his music to the world…soon. For now, that’s about all. I’ve had several consultations with other artists about recording here at BlackCouch. That was before the pandemic hit, so a lot of artists are on hold with that. They are at home fine tuning their material with small bedroom setups, hopefully getting ready to record in a pro facility when they feel safe to do so.

Pam: What extra precautions (if any) have you been taking to ensure client’s safety?

Guy: I wouldn’t call it “extra” precautions, other than the usual. If both the client and I have been tested negative and feeling well, then it’s business as usual. If a client feels more comfortable with a mask during a session, then that’s what we do. Of course, everything is cleaned on a daily basis in the studio. Everything from drum sticks to microphones.

Guy: Ah…my personal projects. You mean the projects we’ve discussed in the past, maybe 3 years ago that aren’t finished yet? Those projects? Lol. I have a whole album worth (and more) of original material that is just waiting to be finished. GOOD STUFF too!! I can’t wait to release a full-length record again. It’s been since 1997 since that has happened for me. So sad once you really think about it. But it will happen…soon, I promise. I still have a couple covers that are waiting to be released as well. One of them being “Gimme Shelter” by the Stones. Such a cool version too.
Collaborations have come to a halt with the pandemic in play. But that doesn’t stop us from talking about it and planning for it down the road. I plan on collaborating with a lot of my local peers and friends. Players like Shawn Jones, Alastair Greene, Mikey Mo, Jen Leigh… just to name a few. Jayden Secor is even on board for some future works. Looking forward to that all happening.

Pam: What do you miss most this past year?

Guy: Most? Just being normal, which encompasses a lot of things rolled into one. Hanging with friends without worry or issue. Dining out, going to a movie, and most of all…being on stage. I’ll admit, I started to get a little burned out on the “scene” and the politics of playing out and getting gigs. But now that it’s not even an option currently, I miss it so much. I can’t wait to make people happy with some guitar playing again, hopefully soon.