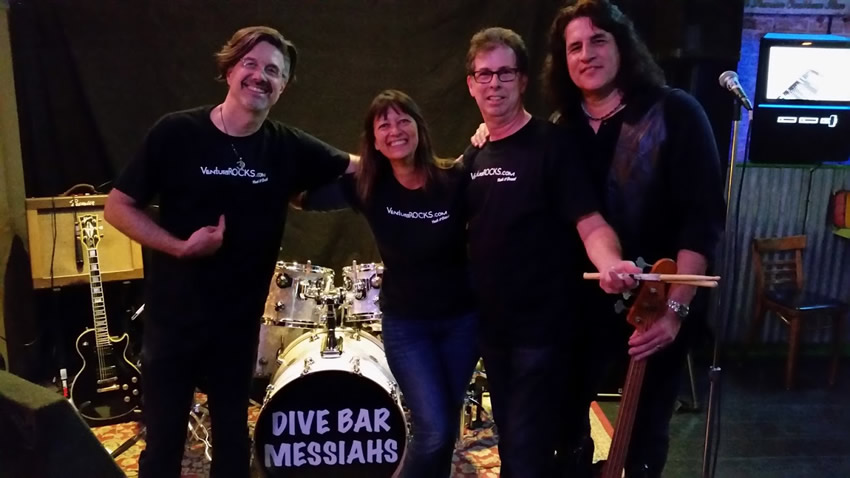 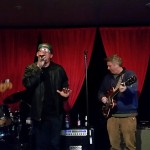 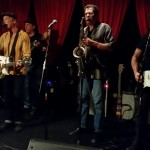 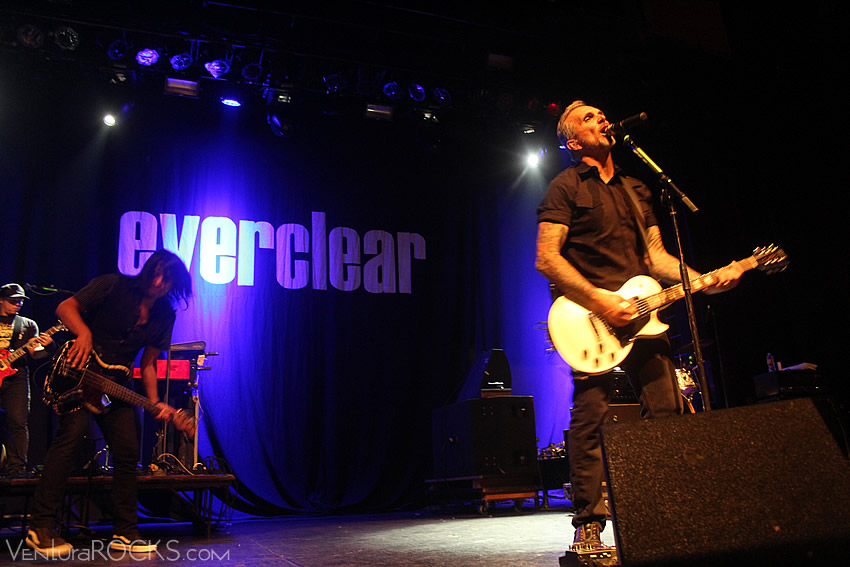 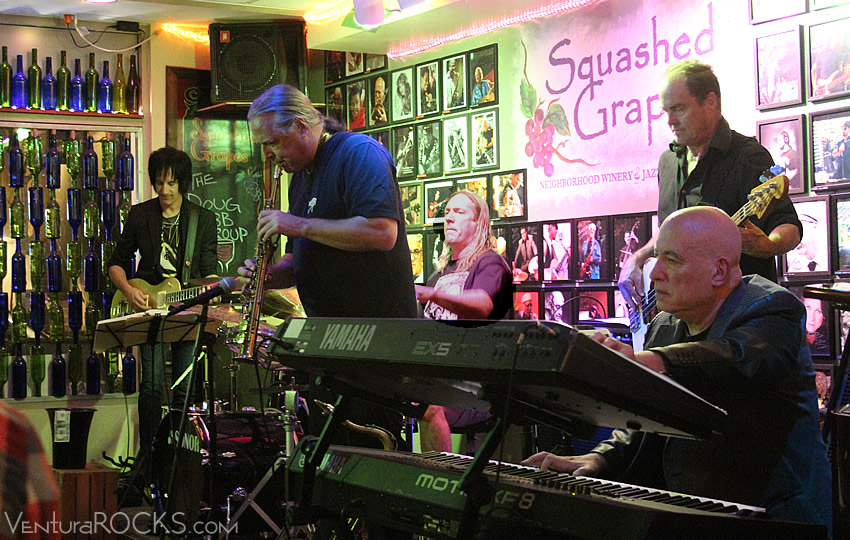 Doug Webb (horns) has recorded with the likes of Freddie Hubbard, Stanley Clarke, Quincy Jones, and dozens of others. He played with the house band for the Dennis Miller Show and continues to tour witht he Doc Severinsen orchestera. He’s recorded music for hundreds of TV shows and movies such as Mysitc River and Million Dollar Baby including the saxophone of Lisa in the The Simpsons.
Jimmy Earl (bass) has performed nightly on Jimmy Kimmel Live since 2003. He’s worked with Chick Corea, Robben Ford, and dozens of other artists.
Steve Fister (guitar) has performed and recorded with the likes of Bon Jovi, Lita Ford, Pat Travers, Joe Satriani and more.
Danny Carey (drums) from Tool. Enough said.
But this past week Webb brought in Mike Garson who has played with the Smashing Pumpkins, NiN, and David Bowie to name a few. You know the piano on Young Americans by Bowie? That’s Garson.
The night was electrifying to say the least. 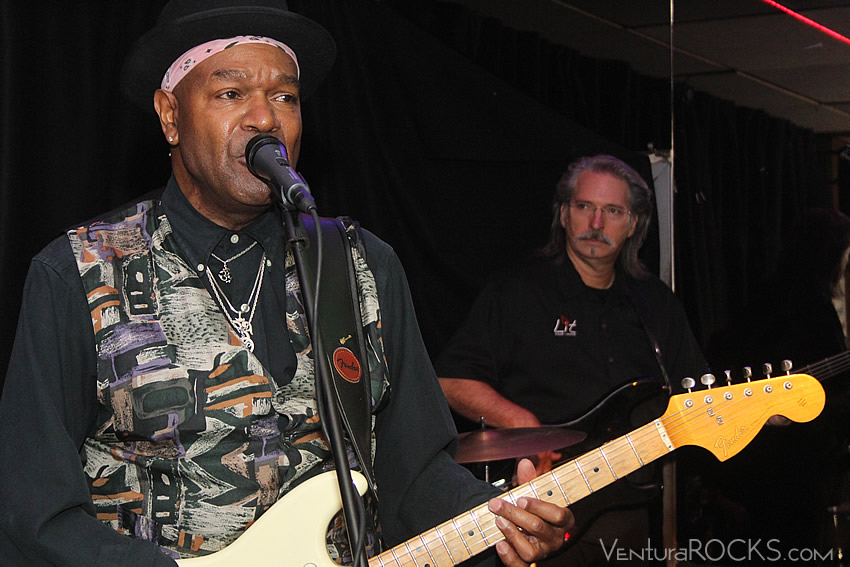