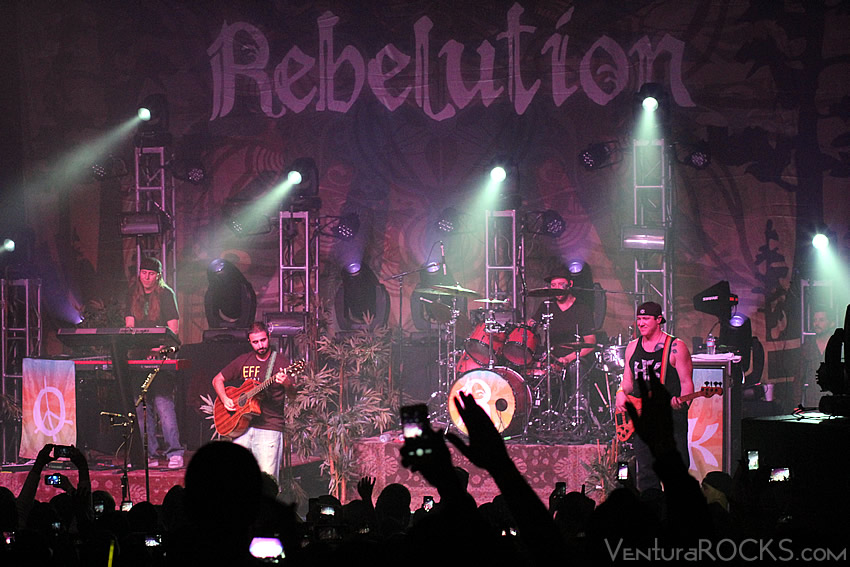 Rebelution just released their fifth album, “Falling Into Place” so we thought it prudent we catch up with Eric Rachmany to see how things have been progressing for the band.

Ventura Rocks:  The last time Ventura Rocks caught up with you guys was about three years ago when Polly Hoganson sat down with you before your Ventura Theater gig to discuss touring, DIY, and taking about the 805.  (See interview).
Since then Rebelution has come out with a new album, your fifth, “Falling Into Place.” I’ve been spending some time with it and I’m totally digging it. I have to ask, and trust me, I’m dead serious, how do you keep your music so fresh? I usually find after three songs, I’m good with so many reggae bands, but you guys keep me engaged,   What’s your secret? 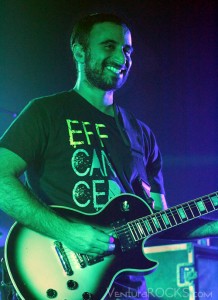 Eric Rachmany:  I think what sets us apart from a lot of other bands is we aren’t afraid to try something new. Reggae is a big part to our sound but we are exploring new territories with each album.

VR:  I couldn’t agree more with Polly, you have a great voice Eric. Any training, or just a natural talent?

Eric Rachmany:  I’ve had very little training. The few classes/lessons I’ve taken have been helpful in preserving my voice.

Eric Rachmany:  I usually do most of the songwriting but we all come together to arrange the song. Usually a song starts with a melody and chord progression. Lyrics typically come afterwards.

VR:  I see the band enlisted some heavy hitters to help out on this one. What was the vibe like recording with the likes of Sam Hollander, Donovan “Doncorleon” Bennet, Dwayne “Supa Dups” Chin-Quee? More of a party, or inspiration bouncing off each other, or just staying focused and getting down to business?

Eric Rachmany:  We’ve tried to work with a few producers in the past and it never worked out. Working with Supa Dups, Don Corleone, and Sam Hollander was awesome. The most important thing in collaborating to make good music is getting along as people before even playing one note. It’s for sure a vibe thing.

VR:  The fact that Rebelution has sold over 450,000 albums independently speaks volumes about your following. Has your 87 Music label and Easy Star Records helped reach an even broader audience? Does this delegate the business to others and free up creativity? 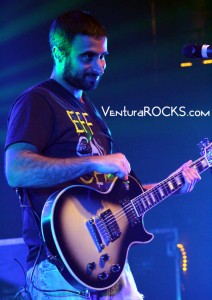 Eric Rachmany:  87 Music is our record label that we started but it really doesn’t exist and function without the leadership from Easy Star Records. Easy Star really knows our audience and makes it a point to try and reach a new audience as well. With so much music content out there in the world, I feel like it’s more challenging these days to market a new album. We are incredibly blessed to be where we are as an independent band with a small marketing budget. We owe a lot to our fans. A lot of this comes down to word of mouth. Thank you guys for spreading the good word about Rebelution!

VR:  You guys totally walk the talk and get yourselves out there in front of audiences around the world touring, but radio support is something a lot of bands that “DIY” don’t have the luxury of enjoying. Do you have words of wisdom that could help other bands to conquer that typical “hard nut to crack?”

Eric Rachmany:  We’ve got more FM radio play with this new album than ever before but to be honest, it’s the touring that gets us more listeners. Again, it’s our fans that bring new people to our shows and then they bring somebody the next time. My advice to any aspiring musicians out there is to make good music and spread it around to your friends. Let it grow naturally. Don’t try to rely on the radio.

VR:  I see the band’s not playing the Ventura Theater this tour. Two nights back to back sold out is quite a feat. Folks will have to travel up to the Santa Barbara Bowl or down to the Greek Theater to catch you this time around. Is the booking this time around strategic, stepping it up a notch?

Eric Rachmany:  We will be back to the Ventura Theatre at some point. Santa Barbara Bowl is a little bit bigger and we want to make sure everybody gets to see us play. From my experience, people in Ventura and Oxnard have had no issues making that drive up north to see a show at the Bowl. It’s a spectacular venue and it’s always a ton of fun.

VR:  It’s been a big deal to have you guys in Ventura. Glad to hear you haven’t written us off.

Eric Rachmany:  Absolutely! Ventura is just as much home for us as Santa Barbara. Back in the day us and Iration had the opportunity to open for Yellowman at the Ventura Theatre. We have some great memories in Ventura. We will be back!

I just want to say kudos to you and the band Eric. Your positive message is imperative in this day and age, please keep it up!