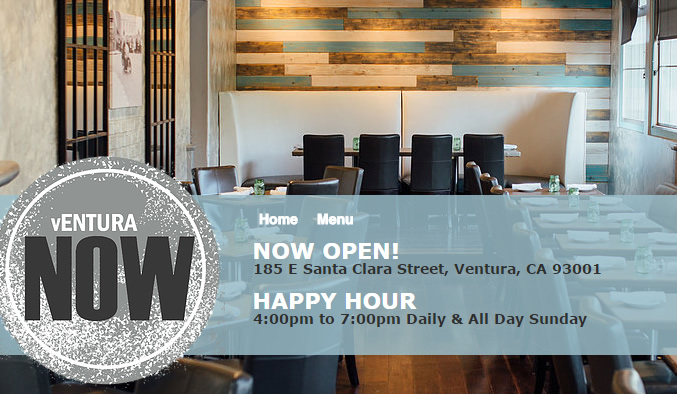 VenturaRocks.com is all about promoting venues who offer music and supporting those artists who live in and around Ventura as well as those who travel here to play.  We’re devoted to inspiring people to support Ventura’s music scene. 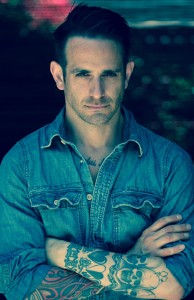 Over the years our music scene has had its ebbs and flows; no one disagrees we took a major hit when Zoey’s closed their doors a couple of years ago and we continue to feel the effects of no longer having a dedicated listening room for artists. But we have a new venue in town taking over the exact same place where Zoey’s use to be located at 185 E. Santa Clara Street. Now Ventura is first and foremost a higer end italian and seafood restaurant and lounge which has been totally renovated.  The digs are fabulous, the food delicious, the staff on the ball, and what makes it most intriguing to me isn’t their reality TV connection, but rather their rock star connection.  One of the partners at Ventura Now is Michael Anthony, one of the former bass players for Puddle of Mudd.

We arrived on a Thursday evening, and Michael was there greeting patrons, seating them, visiting to make sure their food was prepared properly, and quite open to engaging in conversation about his rock and roll past.

Ventura Rocks:  What brought you to Ventura?

Michael: I just really like Ventura and being by the beach every day.  I’ve been running bars in West Hollywood and Hollywood for the past 13 years and I was looking for a change of pace.

Michael:  I did try surfing once in Hawaii.  Wasn’t very good so I will just stick to what I know and focus on my restaurant and maybe play some music once I get settled in.

VR: Why did you decide to give up the life of a rock star? 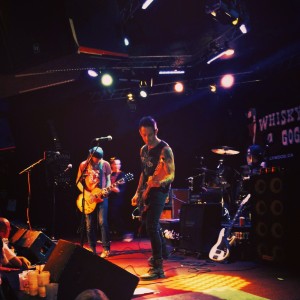 Michael: During the last big tour I already had someone all ready to fill in for me so that I could go back to the opening of PUMP in West Hollywood.  It was stressful for me to be out on the road while opening a huge restaurant right in the middle of West Hollywood.  The morning we got back from tour I had to throw on a suit at get camera ready for staff interviews for Vanderpump Rules.  I looked pretty tired during that shoot.  It’s a good thing my partner in Now Ventura, Rani John, was my AGM at Pump.  He kept me in the loop the whole time.  I would not have been able to get Pump or NOW going without him. The guy that was ready to sub for my was Alien Ant Farm’s bass player Tye Zamora.  I didn’t need a sub after all because the tour got cut short due to some crazy shit happening with Wes.  That’s a whole other story. So, I gave them a month’s notice.  I figured that was plenty of time because that is all I had when I joined the band.

I gave it up for the chance at a semi-normal life I guess.  Touring is fun until you are really doing it and then you come back home to nothing.  I loved being on stage but I did not love all the waiting around.  It was the most difficult decision of my life. I would always buy tickets to see POM back in NJ and was surreal to actually be a part of it.  Would I go back? Yes.  Would I make the same decision to leave again?  Yes.

VR:  Do you currently have any other music projects since Puddle of Mudd?

Michael:  I am actually so focused on making Now the best restaurant it can be that I put playing on hold for a while.

VR: I heard you’re likely to sit in with Puddle of Mudd when they play at Discovery in March.

Michael:  That is true.  I actually didn’t event know they were playing there until I went in and saw myself of the poster.  Yes, they have not taken me off yet.

VR: What are your plans for live music at Now Ventura?

Michael:  My vision for NOW is quality not quantity.  I want to do live music Thursday to Saturday but not all night. Maybe 2 45 min sets. I’m going to start working on the stage soon.  Need to get all my gear up here from my rehearsal studio in L.A.  All the gear is coming from the Puddle of Mudd rehearsal space.

VR: Will we be seeing you sit in or playing sets?

Michael:  Yeah, I will for sure do a little cover band night here and play. Need to dust off my bass.

VR: What the ETA for live music at Now Ventura?

Michael: The beginning of February. 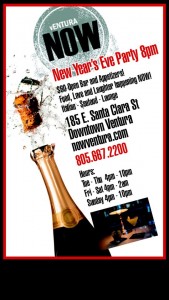 Now Ventura will be hosting a New Year’s Eve Party with William Rottman preforming acoustic 80’s and 90’s covers from 10 to 12 and will also MC the night.

By the by, when I emailed Michael about sending me some photos, I wasn’t sure if he had any on hand, so I told him to just take a selfie, that it would be good goofy fun…AND HE DID!  We love him! 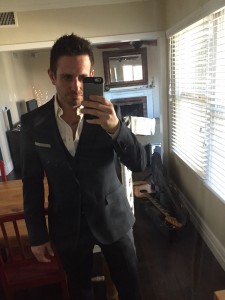