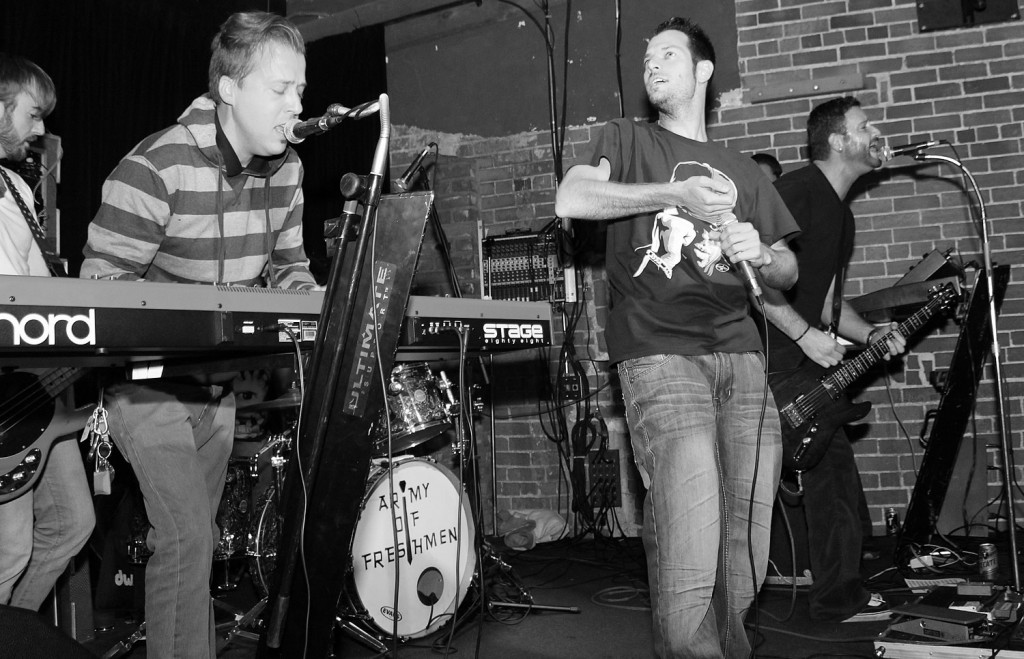 I once wrote that it’s been such a pleasure getting to know our venue owners and artists and that the gamut of personalities range from sweethearts to dickheads. Enter in the boys from Army of Freshmen and they definitely fall on the sweetheart end of the spectrum.  Chris Jay is one of the hardest working, nicest guys in Ventura’s music scene and one of my favorite people to run into when I’m out and about. He was happy to answer some questions about the band’s upcoming tour of the United Kingdom (November 13 – 23, 2014).

Ventura Rocks:  When was Army of Freshmen’s last time in Europe?

Chris Jay:  We were over there last year in the spring for the Hit The Deck Festival and a one off show with The Aquabats in London. Short run but a lot of fun. We try to get over there at least once year.

VR: In ten words or less, how did this tour come about?

Chris: We bothered our booking agent in the United Kingdom. For the record, I just did that with nine words meaning I have a word to spare. I shall make that final word be coolio, as in the state of being, not the rapper.

VR:  Had you played with Lit before?

Chris:  Actually, no, but we’ve had a writing session with Jeremy from the band on two different occasions. The two songs we wrote together never made it to a record but we got a long really well. We came close to the playing with them on occasion but never really happened. We’re excited cause they’re a band we’ve always thought we’d fit well with. We consider ourselves a rock band but we do end up playing with a lot of punk bands and ska bands which we don’t mind but it will be nice to play with a straight up rock band. Crowd will be a little older I imagine and since we’re old too that will be nice! They seem like really good guys too so hopefully we’ll get a long well on and off stage. We have a lot of mutual friends as well.

VR: What are you looking forward to the most?

Chris: I just love being on tour. We don’t get to do it nearly as much as we used to so I think we tend to enjoy it more and appreciate it. Every night is like a big party. It’s more like vacation than work. In all honesty the UK in November is not the greatest place on earth, cold rainy, dark but it’s still being on tour. Looking forward to seeing old friends and hanging with everyone in the band too. We don’t get to see each other as much as we used to. 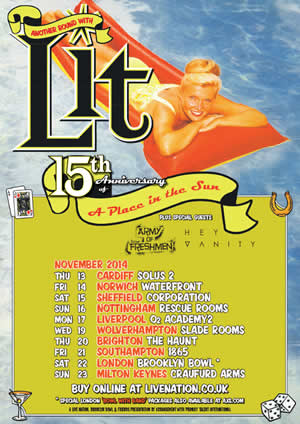 VR:  How big are the venues (crowd-wise)?

Chris: It’s a large club tour. Not sure how crowds will be as later in the year is always a difficult time to bring people out- lot of distractions and people are saving up money for the holidays but I think no matter the size, the audience will be made of people that really want to be there and that always makes for really great shows.

VR: Getting the band’s schedules all aligned to hit the road can’t be easy. What’s the biggest hurdle you guys had to overcome?

Chris: You nailed it. Schedules. Work schedules for the most part. Everyone has “real” jobs and financial commitments and what not so getting everyone to be able to take a week or two off at the same time is not easy. Then of course the money to fund it all.

VR: Who pays for your travel? If you guys pay your own way, I trust the tour will reimburse? Just curious.

Chris: We pay for our travel and that’s the other big issue. Being an opening act or supporting act, the pay is bizarrely uneven versus the headliner. International touring is especially difficult cause of the cost of flights. Makes it all extremely difficult. Most of the time the tour doesn’t reimburse. More than ever, with a few exceptions, you do it cause you love it not to make money. But with that said, we’re always looking for financial help from donations to just buying a t shirt at the show. Everything and anything helps. It’s hard times for dope rhymes. The whole music industry and labels collapsing has been a real double edged sword. 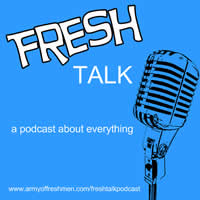 Chris: Thanks for talking to us as always and keep up the good work on the site! I know how much time and effort it takes. Ventura’s music scene is special but it has it challenges. For more Army of Freshmen news come find us on Facebook and be sure to listen to our weekly podcast, Fresh Talk!