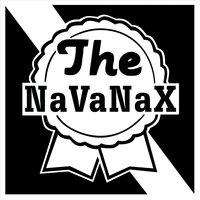 One evening recently over margaritas at Casa de Soria, I sat down with Shayne, Mike, Jerry and Scott to talk about the band.  Each comes to the table with a family of their own, they’re productive members of society, but each with an itch to scratch, that itch being music and performing and the adrenaline that comes with creating the music they love, punk. I’ve caught several of their lives shows and these guys deliver the goods. Raw energy, an unabridged drive, intensity, commitment to the moment, attitude. The guys know how to burn off steam and they reproduce that ambition in their first self-titled release, The NaVaNaX. 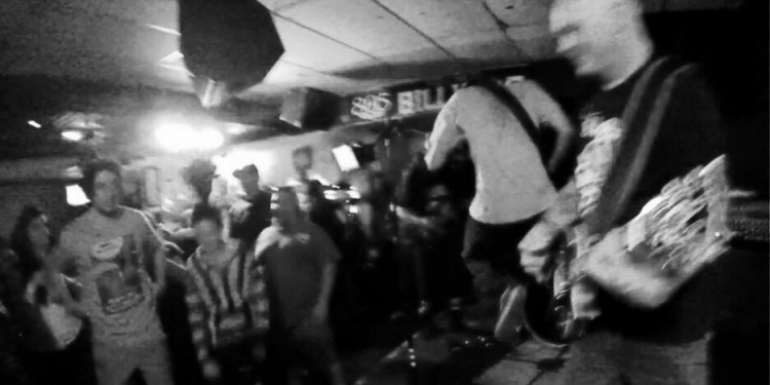 The CD is full of tunes about their observations of people in their lives, which it turns out, are people pretty much in all our lives; case in point, the opening track, “Let it Go”, is a tribute to those assholes in your life, you know the ones who are always trying to one-up you; always pointing out your failures.  “Deranged” is about Paris Hilton and people’s fascination with the celebrities. “Can’t See” reflects on Shayne’s uncle who committed suicide and how it’s hard for him to understand how he could not see another day. “Divisions” is about two sides of politics and humanity.

The band’s inspiration comes from all facets of life, and I have to admit my favorite is called “Dishes”  where the song is about Shayne’s wife who is yelling at him about doing…well, the dishes!  He refers to it as the age old battle and is stoked he got his musically talented wife, Laura to sing on it.

If you get punk, you’ll get The NaVaNaX, a band that proves growing up doesn’t mean you have to get boring, mundane or monotonous, they are everything but.

The guys are getting the CD placed in stores around town, but you can pick one up at their CD release party on Friday, June 19th at Bombay’s.

Toning it down just a tad for Bombay’s…because you know,
Bombay’s doesn’t offer punk (wink wink)

1 thought on “Album Review: The NaVaNaX”