I am sorry to report that Hi Hat Entertainment has decided to close their “figurative” doors once the Hong Kong Inn closes their literal doors at the end of November. As a supporter of the music scene, I do my best to report what’s good and what’s right about our music community, but I would be remiss if I didn’t give a hearty shout out and thanks to Jerry and Jan McWorter who have brought us amazing Blues shows to Ventura the past ten years. I was hoping they would continue after finding another home base, but after some soul searching they have decided to pull the plug. Meanwhile, the shows will continue for a few more Friday nights with Morry Sochat featuring Mondo Cortez on November 9, Shari Puorto Band on November 16, and a huge blow out farewell show on November 23 with Deke Dickerson & the Eccofonics, Teresa James & the Rhythm Tramps as well as Hot Roux featuring two-time Grammy award winner, Albert Lee.

Ones to Watch Productions have been busy bringing a number of shows to the area, the next one will feature Chris Pierce and The Brambles in an intimate setting at the Ojai Underground on Friday, November 9.

Just a word of warning about December 1 as there are several events planned on the same day. Let’s start with Totally Local VC’s One-Year Thomas Fire Remembrance concert at the Libbey Bowl with Big Bad Voodoo Daddy; then there’s the 4 Kids 2 Kids’ 18th annual toy drive and concert at the Ventura Beach Club with Ray Jaurique and the Uptown Brothers; and finally “the social event of the year” with the holiday street fair and Ventura Winter Wine Walk downtown Ventura. All three events promise to be a good time, so choose wisely!

And finally, my condolences going out to family, friends and musicians who are grieving the loss of George Hawkins, Jr. who passed away after a lengthy illness on October 26, 2018. He touched many a soul, was a musician’s musician and a good friend to so many.

It should come as no surprise that the Thomas Fire Benefit Festival sold out one week before the concert having only been announced less than two and half weeks previously. For those of us who have tickets, the event takes place at Plaza Park at the corner of Chestnut and Santa Clara downtown Ventura on Saturday, February 3. Gates open at 2 pm for VIPs with general admission at 4 pm; blankets and chairs welcomed as there will be no priority seating so get there early for a good seat to catch Kevin Costner and Modern West, Olivia Newton-John, Big Bad Voodoo Daddy and the rest of the acts on the bill.

Just a quick follow up on two past events, first the Delgado Brothers headlining the fundraiser at Discovery on January 19, raised $3705 for Ventura Food Share and the Ventura United Way Thomas Fire Fund; and the 805 Love Notes on Sunday, January 14, raised $8,000, and those funds go directly to the families and individuals in Ventura and Santa Barbara Counties through 805Arise, Help California and Santa Barbara Music Foundation.

Back to the business at hand, Chopper Fest falls on Sunday, February 4th at the Ventura County Fairgrounds, it had to be rescheduled due to the Thomas Fire in December. Along with all the hot rides to check out, you can enjoy music from Gethen Jenkins, Kelly’s Lot and The Bob Carrillo Blues Band.

Paulie Cerra returns to Ventura for a show at the Hong Kong Inn on Saturday, February 10th. While he may be best known as Joe Bonamassa and John Scofield’s touring tenor sax player, this show will focus on his songwriting, singing and keyboard work. Ray Jaurique & The Uptown Brothers will open the show at 7pm with new songs to be featured on their upcoming CD being recorded at Ventura’s Castaway7 studios.

A couple more artists back in the studio include Tommy Marsh who has been working overtime producing a new album for Crooked Eye Tommy at Brotheryn Studios, where I was invited to hang out and watch the recording process recently, and let me tell you, it was too cool for school! And Stephanie Gladhart and Jerry Careaga of The Blue Music are tracking their next LP down at Capital Records early February. Their debut EP has already started getting radio play around the country and in Europe.

Quick notes: The Tossers first Sunday residency has landed at Grapes and Hops starting at 3 pm; Leashless Brewery is offering up jazz twice a week, Tuesdays with John Bardi and Thursdays with Davey Miller; Emergenz has regrouped as Dry Creek Strangers, you can catch them at noon on Sunday, February 4 at the Sandbox Coffeehouse; and The Blasters return to town for a gig at Discovery on Saturday, February 10.

The holiday season is in full swing with Ventura looking as lovely as ever with music keeping us as lively as ever.  To start off with, it’s the “social event of the year,” Ventura Winter Wine Walk and Holiday Street Fair on Saturday, December 2.  The holiday street fair is free and runs from Noon until 8 pm; the main stage of music is also free and located at the corner of Main and California with City Hall as the backdrop. The bands rockin’ the event this year are the Road Brothers, Adelaide and the Bomb.  Then of course it’s the Wine Walk (21 and over) which typically sells out every year; it runs from 4 until 7 pm.

Squashed Grapes is hosting a fundraiser for the local chapter of Notes for Notes on Saturday afternoon, December 2, from 1:30 to 4:30 pm with two acts on the bill.  Firstly, it’s the East Valley Road band featuring Notes for Notes students who are raising funds to help them get to a Blues competition in Nashville, and then it’s Patrick Warburton’s band called The Bearded Pearl Clams featuring Pearl Jam tunes.  Yes, you read that right, it is that Patrick Warburton of Seinfeld and Rules of Engagement fame.  It’s all about raising awareness about this amazing program available to our up and coming young musicians here in Ventura where they have a state-of-the-art recording studio available to them and soon a mentoring program featuring a Master’s program with key local musicians. You can learn more about this non-profit organization at NotesForNotes.org.

The Surfrider Foundation’s 8th annual Pints Against Plastics benefit will be held at Discovery on Saturday, November 25th, with Through the Roots and Rising Son providing the reggae. The fundraiser is for litter prevention efforts for Ventura County beaches and rivers. Find out more at Ventura.Surfrider.org.

Quick notes:  Kick off the holiday weekend with pre-Thanksgiving fun on Wednesday night, November 22, with Yachtley Crew at Bombay’s; Nathan McEuen returns to town with a show at Grapes and Hops on Friday, November 24, with what he calls Nathan McEuen and the Enormous Ego Band; there’s a Numbskull Productions show at the Garage with Captured! By Robots on Friday, November 24; catch The Tenderloin and Spivey Spi at Duke’s on Seaward on Friday, December 1; the Old Time Country Music Christmas concert will be held on Sunday, December 3, at the Poinsettia Pavilion; and just released, the soundtrack to the documentary featuring local blind musician, Rachel Flowers, “Hearing is Believing.”

And finally, Ray Jaurique and the Uptown Brothers are working on their second release.  Ray told me he’s penned ten or eleven new songs and that this one will include some special guest players; they’re working out of Castaway 7 Studios here in Ventura. 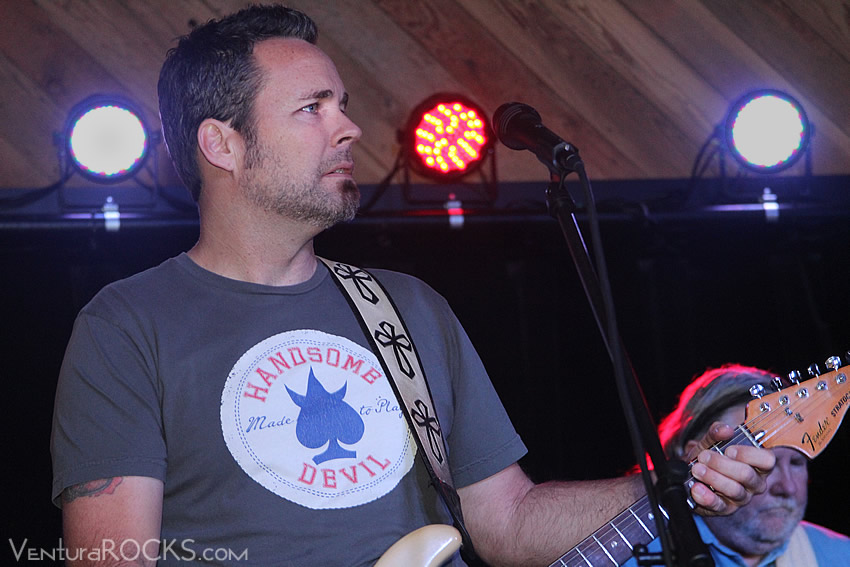 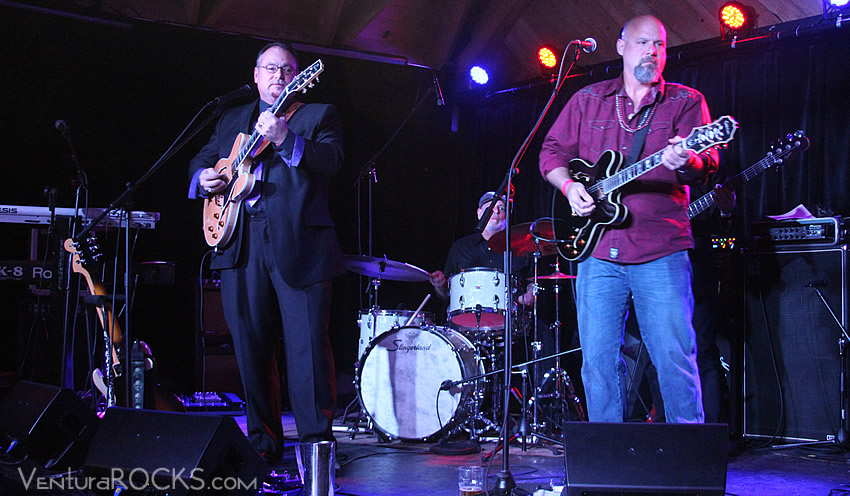 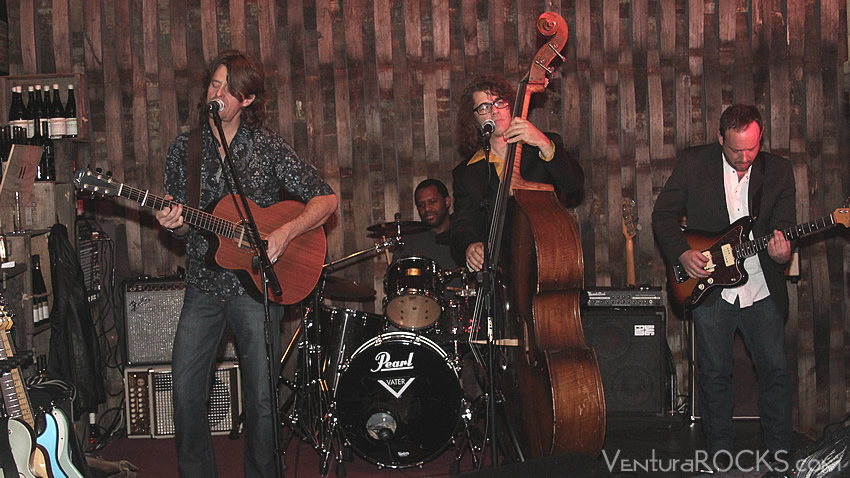 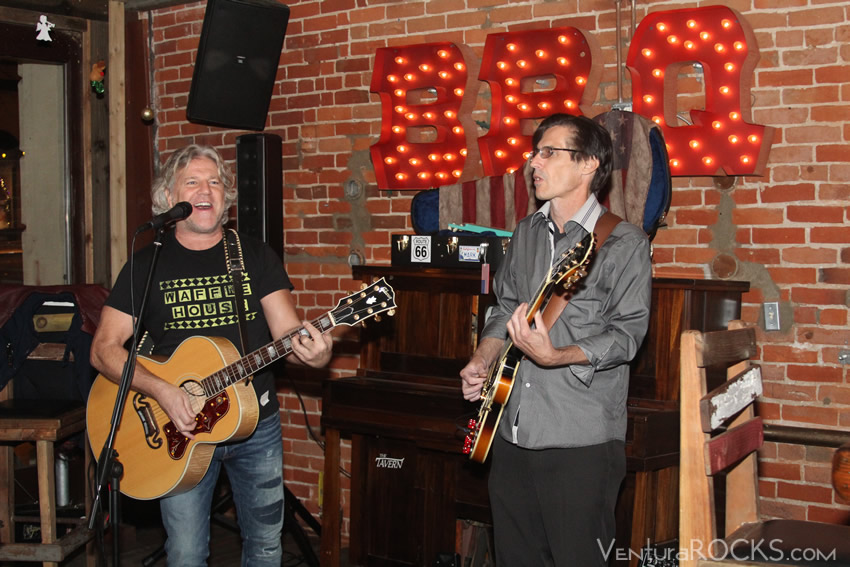 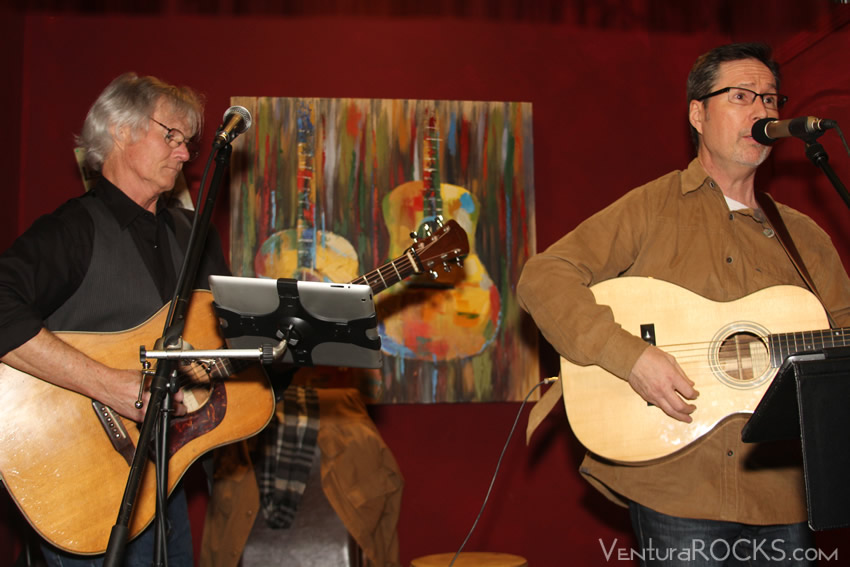 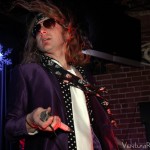 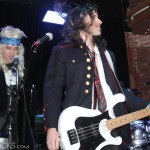 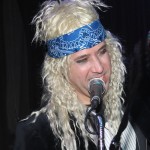 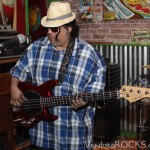 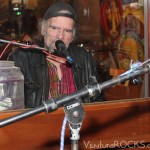 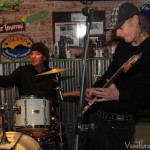 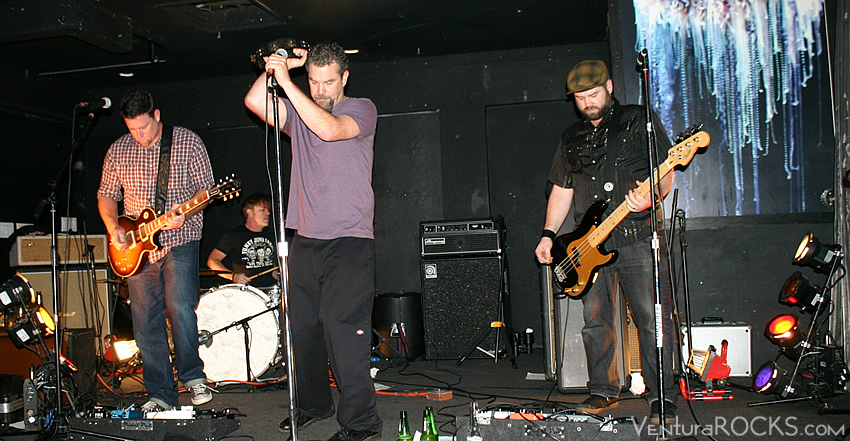 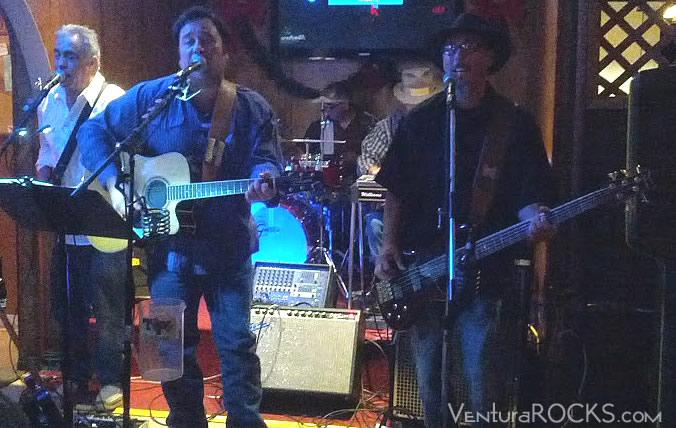 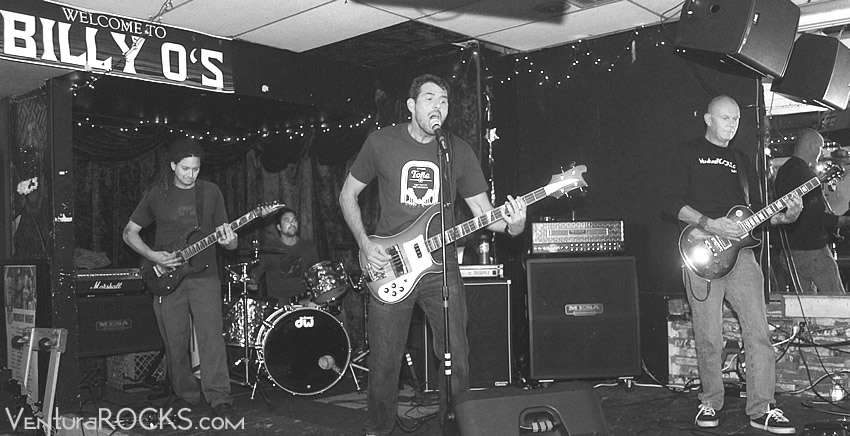 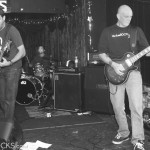 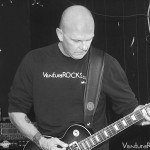 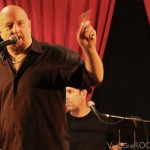 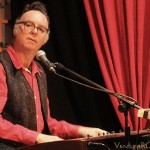