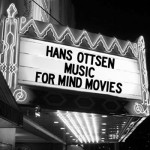 I woke up pleasantly surprised on New Year’s Day to find that Hans Ottsen had just released a brand new EP called “Music for Mind Movies.” While getting to know Hans and his live jazz performances at one of my favorite venues, Squashed Grapes, I learned that he also teaches guitar lessons, and is a well-sought after session musician.  He co-produced and engineered at Filzar Studios for the past year or so, and recently worked on Phil Salazar’s new release, “Life on the Edge,”  In exchange he earned some prime studio time.

So how did Hans use that time?  He told me, “I got Tico Trio (Randy Tico, Adam Clark n’ me) in there a couple months ago and we’re planning to release that one early 2014. These tracks were really just me experimenting in the studio. I never really planned to release them as I was creating them.  Then I thought it’d be fun to release an EP without any jazz on it.”

Han’s EP titled Music for Mind Movies is seven eclectic beautifully written and performed songs, that if you allow, will take you to another place. Hans explained, “As for the name, the tunes don’t adhere to any one genre. There’s some ambient electronic, instrumental pop, demented circus music, but I can’t really describe it all easily. I’ve been told that it all kinda sounds like ‘music from a movie.’ Those movies have yet to be made. They exist in the mind.  Music For Mind Movies.”

The first track, “111113 DMS,” remains my favorite, it starts so simply and builds to a beautiful crescendo. You can’t help but imagine how perfectly this would fit in any number of blockbuster movies on the big screen.  “Zoey’s Lullably” is just flat out too cool for school and “Circus Animal Lullaby” just takes you subtly to another place.  They’re all incredible tracks.

You could listen to Music for Mind Movies in the car driving up the coast, listen while working, listen with your headphones on (eyes closed), but just make the time and listen.

For now, “Music for Mind Movies” is only available on Bandcamp, where you can give it a test drive, but you’ll want to actually purchase it for a couple of reasons:
1. Have it at the ready for your listening pleasure
2. Support your local artist
3. It’s not okay to steal music
4. It’s only $7. 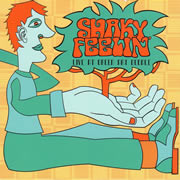 If your band kills it live and your following is loyal, it’s a complete no brainer that you have to record your next CD live.  Too often when a band goes into the studio their collective sound becomes sterile and they lose the essence of what makes them special.  Hence, Shaky Feelin’ Live at Green Art People was recorded during one of Green Art People’s weekly Wednesday night shows on April 24, 2013, and the band nailed it!

While doubling drumming is not a new idea, it’s always a treat when you get to witness it first hand.  Two drum kits with Cameron Probe and Paul Menchaca working off each other, complimenting each other and sometimes working in unison to create a fuller sound.  Love it!  Add to that a strong bass line from Rob Jeffries, and impeccable keyboards from Franklin Murphy for that extra fuller layer of rhythm, creating a perfect balance for Mr. Masson on lead guitar. The thing about Mark Masson is that he really knows how to play his guitar.  He creates these loops live on the spot, and plays upon those layers.  You can only imagine how many hours it took to gain the ability to play like he does, but trust me, it was time well spent.

Together, the band creates this amazing upbeat groove that so seductive and addictive, you’ll find yourself dancing with a room full of people as one, or by yourself if you play this CD in the privacy of your own home!

Friday night, November 8, at The Tavern was packed to the gills and the night was a huge successful for the launch of the new CD.  Seriously, the band is something to behold live.  I found myself cruising around, shooting pictures and talking with people, it was undeniable the love and support this town has for the boys.

Danielle Marie Aue told us, “The Number One reason I like Shaky Feelin’ is because when I hear them I have to dance, you can’t sit still during a Shaky show.  The Number Two reason is the atmosphere and following, it’s like a family reunion every time!  Everyone is dancing with everyone, feeling free and welcoming new followers.  And the Number Three reason is that it’s different and the same; I always hear something new that keeps me intrigued but I always hear something I know which keeps me coming back for more.”  Describing the band’s sound Aue said, “I would describe their music as a little bit of everything; unstoppable and unforgettable.”

Seth Brandes said he likes the band for a couple of reasons, “They are a generation younger than myself,” he explained. “Mark who leads the band is 30 years old and he writes lyrics using the word, ‘groovy!’  How many kids his age use the word, ‘groovy?’  Not too many, but Mark does! But what I really like about the band is that they create a sound that’s much larger than really who they are. There’s a big percussion section behind them, but really only three guys on guitar, bass and keyboards, yet it feels like a much larger band without being really really loud. I also like the way they improvise, they’ll move from one musical genre to another effortlessly between songs.”

And finally, two of my favorite women here in town, who are BIG FANS of the band share the same thoughts, “Bottom line, when I hear Shaky Feelin it gives me happy Feet. Such a fun engaged band,” exclaims Cheryl Swift.  And local photographer, Amanda Peacock, says she likes Shaky Feelin’, “Because the music makes me FEEL GOOD! It makes me get a Shaky Feelin’!”

Do yourself a favor and invest in our local boys and get yourself a copy of Shaky Feelin’ Live at Green Art People. 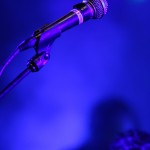 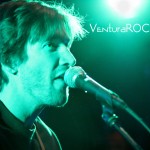 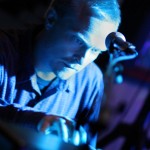 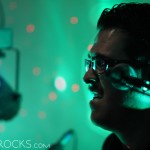 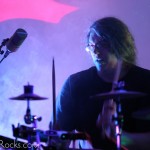 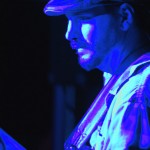 Breaking My Own Heart
By Pam Baumgardner 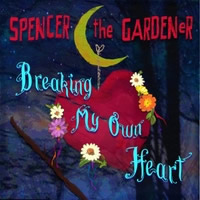 Breaking My Own Heart

I’ve been familiar with Spencer the Gardener for years. You want a lively good time? You go see Spencer in concert because bar none, out of all the bands in Southern California, this band will deliver the goods each and every single time. And it’s a rare person who can refrain from at the very least tapping their toes, because I see more people dancing at their shows than any other band. They’re just flat out fun!

The problem at hand is how to describe Spencer the Gardener. The first word that comes to mind is “quirky” and then “professional” but the two words don’t really feel right going in the same sentence. So I’m going to go with a better word, “proficient” because every single member of this band is spot on. From Spencer’s unique vocals to Lilly’s trumpet to Lackner on the percussions, the band takes having a good time to a serious level of fun.

But I still haven’t solved the problem of describing the sound or the genre of the band. Surf? Sort of. Mariachi? Yeah, but… Latin? Well…yeah. But then I realize that they are a little of a lot of things. I also think of the Herman’s Hermits. Confused yet?

So I go to the official Spencer the Gardener website and get it straight from the horse’s mouth: “Guitars, Bongos, Congas, Trumpets, Saxophone, Bass, Drums and even an Accordion make up a California sun kissed, Latin tinged, genre bending, big band Surf Mariachi indie pop affair.”

YES! That’s it. I guarantee even Spencer took his time to come up with this description!

In any case, this band has been entertaining for 23 years and they’ve just come out with their seventh CD called, “Breaking My Own Heart” which includes 12 tunes and as always, Spencer delivers the goods.

You’ll want this CD for when you traveling down the 101 with the ocean to your side, windows down, with Spencer blaring – it just makes me smile thinking about it. Or running around the house doing bills or housecleaning, it will be a helpful hand. Or entertaining friends, a definite must have!

Spencer the Gardener continues to play shows around the country and especially in Santa Barbara as that is the band’s home base. But they do come to Ventura from time to time and when they do, you should always make it a point to come out and support a good time, because we never ever want to see them go away.

Love us some Spencer the Gardener!!!

Breaking My Own Heart

1.Breaking My Own Heart
2.Someday She Said
3.Summer in the City
4.Lonely Soul
5.There She Goes
6.Bye Baby
7.Lluvia Paz
8.Away We Go
9.Chelsea Radio
10.Rock Steady
11.Movin’ On
12.Breaking My own Heart Outro 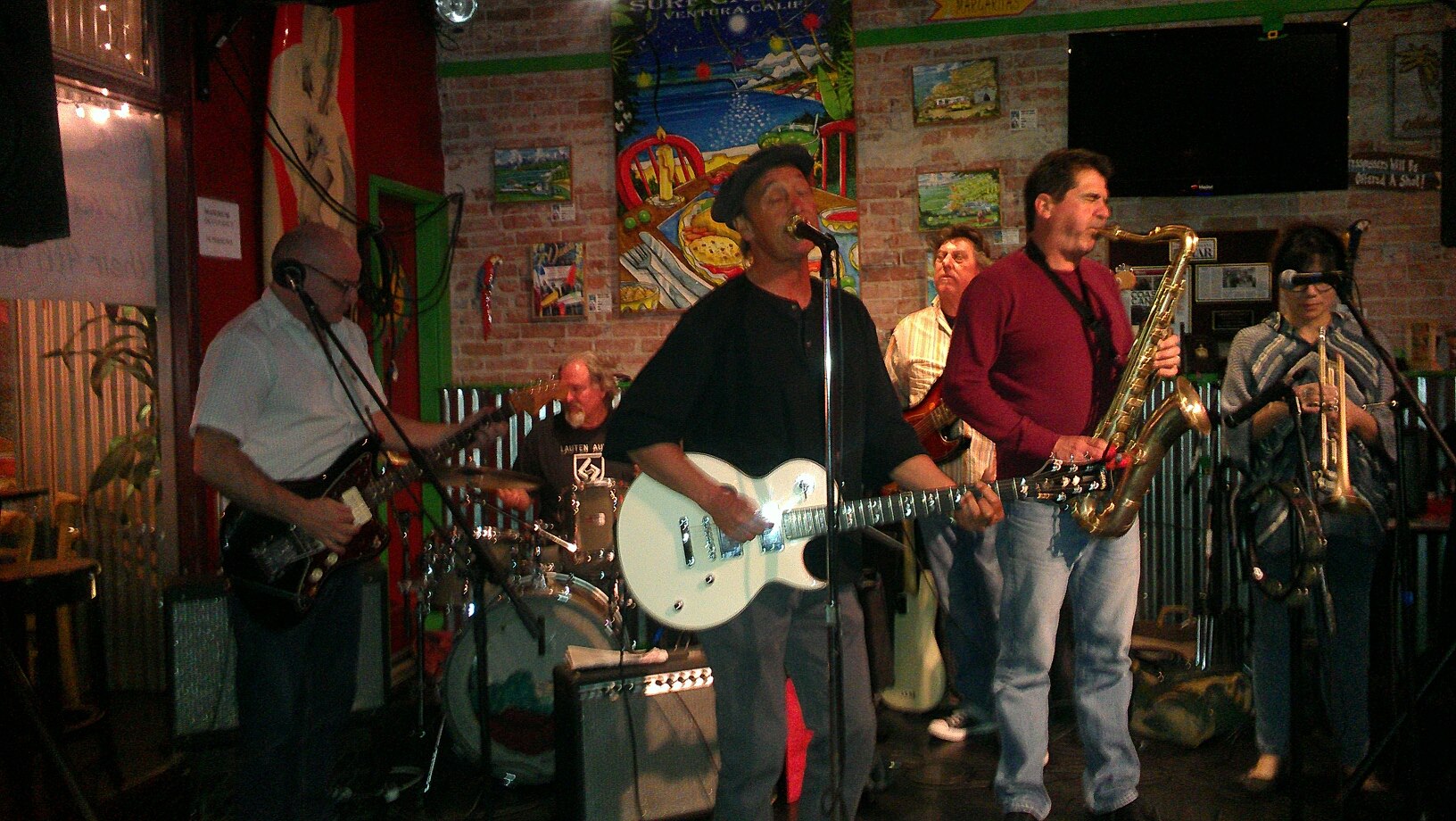 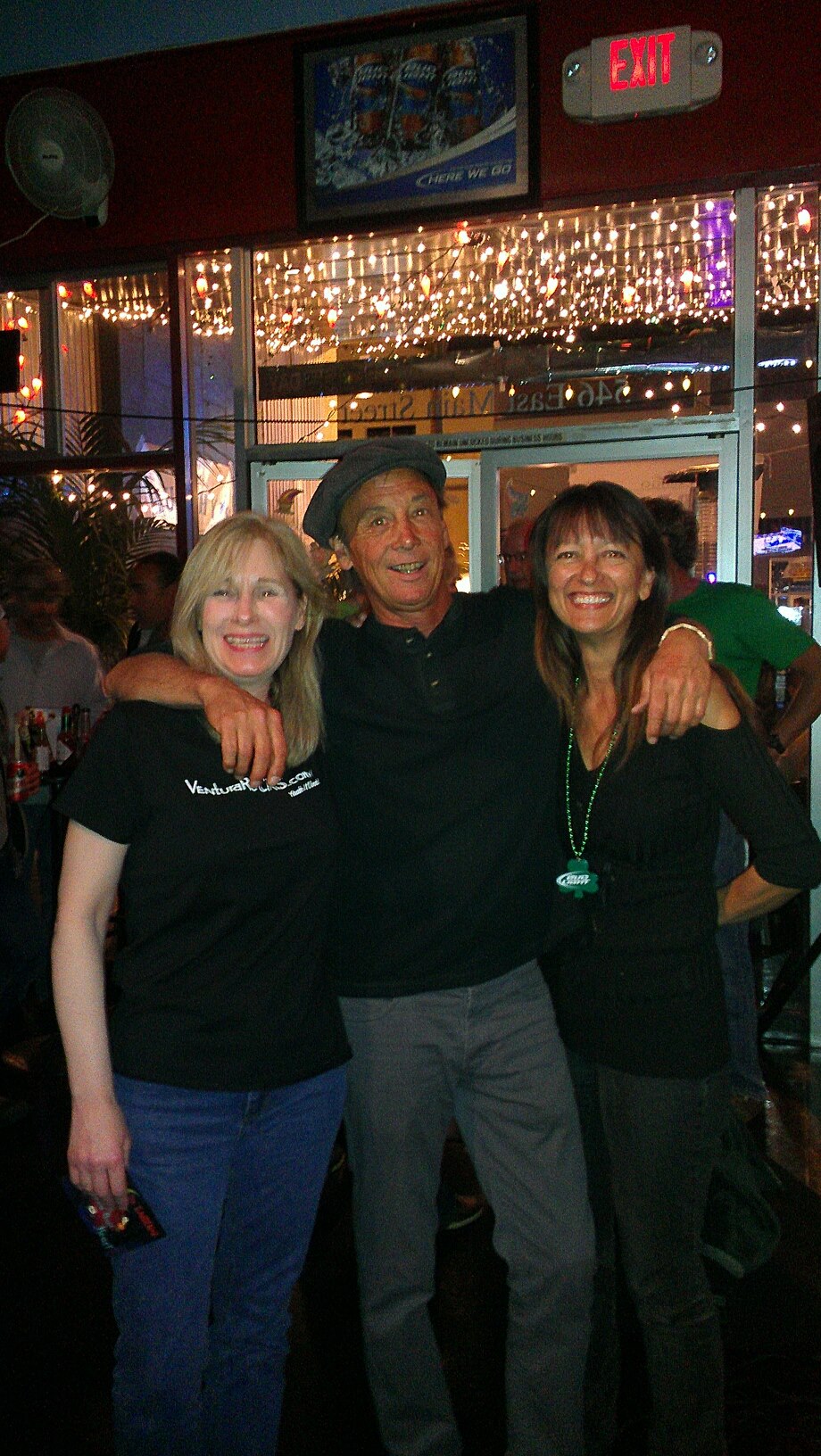 Eve and Pam of VenturaRocks.com with the Man, Spencer!